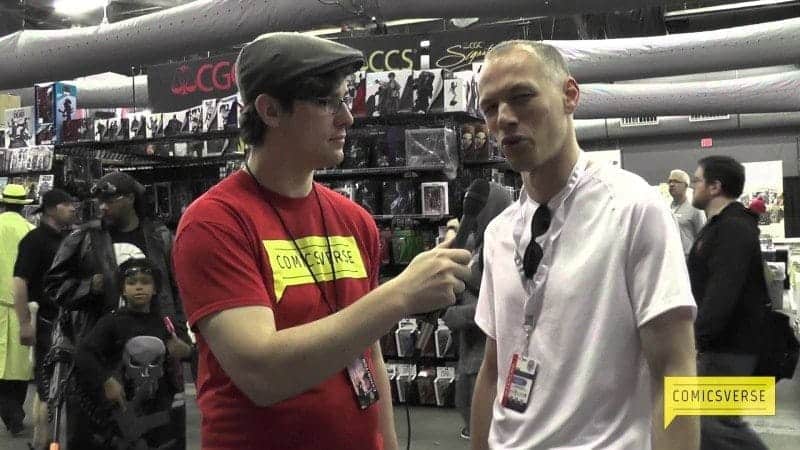 If you’ve ever been to Special Edition: NYC, then you know about the wide variety of comic works that span across all genres.  Though comics have a reputation for being primarily about superheroes, series like Y: The Last Man and The Walking Dead have proven that comics can be used to tell many different stories.  It can hardly be argued that the graphic nature of comics can be used to add a lot of new information to a scene and really spark the imagination.

Jim Murray is one of the creators at Special Edition: NYC 2015 who is proving that comics can be used as a great source of terror. Horror is nothing new to comics (the previously mentioned The Walking Dead being a popular example), and Jim Murray takes a cool take on an old genre.  By returning to the classics of horror cinema, Jim Murray resurrects classic monsters and brings them to the modern world’s attention in a new medium.  Two of his releases have focused on the mummy and a Frankenstein’s monster type of creature.

In addition to the horror genre and the return to the classics, Jim Murray also experiments with his narratorial conventions.  His references to the old Universal monster movies are quite intentional, and the monster stories are framed within the context of a movie theater, where the action unfolds for an audience who we join at the beginning and end of the story.  We also get to see some trailers, advertisements- it really helps to expand his story and sets a cool setting for the story overall.

With two books under his belt and a couple of webcomics, you can be sure that this is one author you’ll be hearing a lot about in the future.  For more from Jim Murray, check out the interview above!