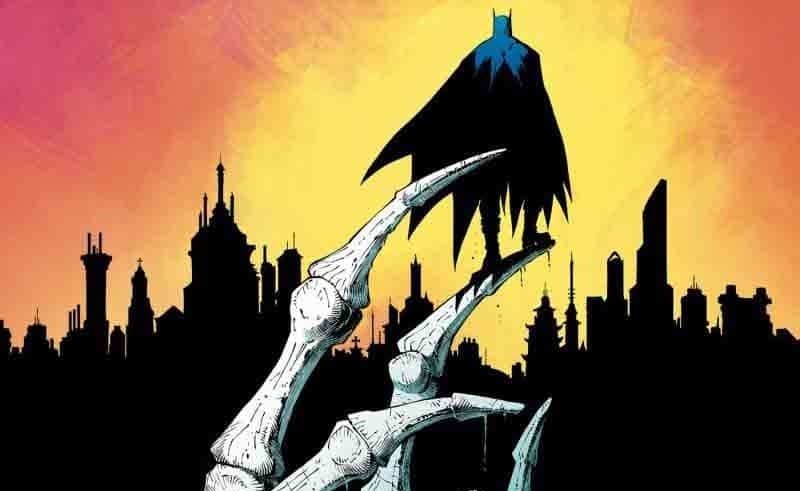 For those who may have missed my initial review of Batman #24 & #25, you may wish to look here – https://comicsverse.com/new-shoes-in-the-dark-city-batman-24-and-25/ – for those of you that are currently thinking, “I can’t truly be arsed clicking that link,” allow me to quickly recap how I felt about it –

Now I can say, with glee, that a number of my concerns raised have been nipped in the bud rather well in this issue, but I digress. My main reason for being here is my ramblings about #26 which has been written by Scott Snyder and perfectly presented by Greg Capullo and Danny Miki.

We join Bruce Wayne (recently drugged by Lucius Fox), Lucius Fox and the horrific looking bone guy called, “Karl”, who is currently in the process of choking the life out of said unexpected administrator of drugs Lucius Fox. The whole pacing of these scenes is frantic and fantastic; I’m tabbing through the pages and wincing at certain panels but also excited at the genesis of this new Wayne Foundation-created bad guy who is quite outstanding. Jumping time (past or future is not made clear) and location, we are graced with a dishevelled man held captive in a hanging metal sphere. He is released for a moment to speak with his father on the phone. When we zip back to Gotham, one of my issues from last week is dealt with, namely Bruce Wayne’s arrogant attitude to Lt. Gordon, it’s in these pages why my concerns are answered and it’s all because of a coat (it’ll all make sense when you read it). This issue is bursting at the staples with stories told and questions raised. Getting to the end of this comic, you feel that the money you have handed over, either at the till or via Paypal, is money well spent. You have been given a feast to enjoy and you shan’t be disappointed.

Snyder has penned an excellent issue here; however one thing I don’t like is Bruce Wayne’s Punisher-esque disposing of the felons. Karl, for example, is tricked into a jet engine testing room by Bruce Wayne who promptly turns on the jet to murder this bony bad guy. It was a true “What the actual flip!” moment when the button was clicked. I understand I’m looking at the early evolution of Bruce and Batman, but I find it difficult to believe that Bruce won’t use a gun but he will use ultra-fine blades spinning at approximately 180mph to kill perps. This issue however wasn’t difficult to remember (as I felt #24 and #25 were); it was exactly the opposite especially with the engineers at the weather research lab; their demise, grotesquely drawn and painted by Capullo and Miki, respectively, certainly has lodged itself within my head for a long while. Both Capullo and Miki have shown how they are becoming part of the Batman Lore; not only experts in their own past, but now Batman’s future.

*Obviously my review was much longer than that but you chose the quicker option not me.