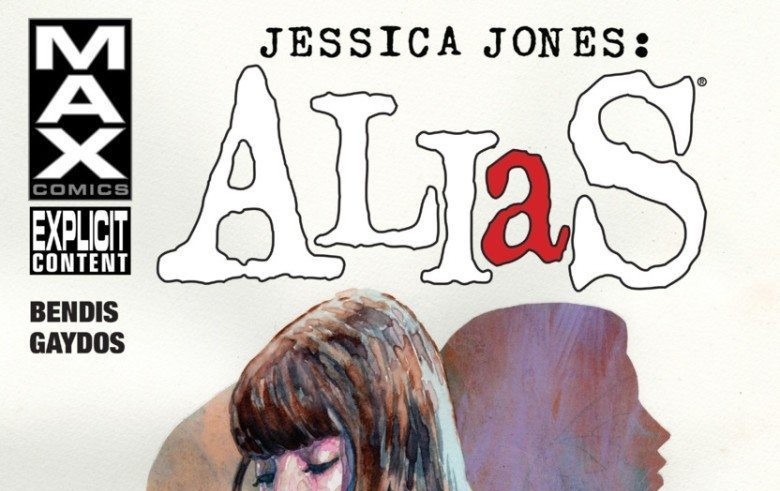 An adult orientated comic set in the Marvel Universe, JESSICA JONES: ALIAS shines a light on the dark side of the superhero lifestyle.

What a time to be alive! Major comic book properties are brought to life on the big and small screen before our eyes! Recently, JESSICA JONES arrived on Netflix, and the crowd went wild! But sometimes, it’s easy to forget where the inspiration came from. Will we see a surge in her books flying off the shelves? Strangely, I cannot see it happening. TV shows and Movies can bring a lot of attention to comic book characters, but not necessarily interest in reading their adventures. If I am wrong, tell me, as I’d be delighted to hear it. I, however, did pick up the first volume after watching the first few episodes (so no spoilers please) and decided to read it. 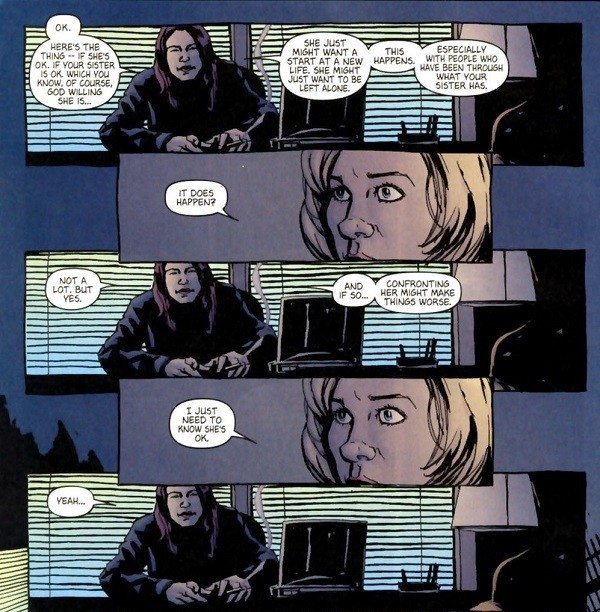 Having read the first volume, which contains the first nine issues of the series, I can say that it does not spoil anything from the show, and what the TV series takes from this first volume is the tone and maybe the first five pages of the book.

And the tone is dark. From the dialogue to the artwork and the heavy blacks that colorist Matt Hollingsworth sometimes fills whole pages with. This is superhero noir. There is a dark underbelly to the life of someone with superpowers, and it’s laid bare within these pages. Jessica – a retired superhero turned P.I. – has massive issues. She feels numb to the world, and she’s not afraid to admit it. She just wants to feel something. This need leads her to drink, have casual sex and investigate cases that may or may not make her feel like she’s doing something with her life. Bendis shows us the reluctant superhero, wanting to feel something, but terrified of the consequences. Even throughout these first 9 issues, she uses her powers only a handful of times, and this is more a reactionary use than using her powers for ‘the greater good’.

The dialogue here is detailed, lengthy, wisping through each page like cigarette smoke (kudos to the many letterers on this) and full of character. There is at times the ‘rat-a-tat’ conversations of old classic film noir, which only adds more to its uniqueness within the superhero genre. Michael Gaydos fills the book with panel after panel of close ups and mid shots. There are no splash panels here. Any super heroing is done mostly off panel. There is one action scene in the whole book, and it feels so close and personal, you’d be forgiven for ducking out of the way. The colors only add to it, enveloping her world in black inks and shadow. 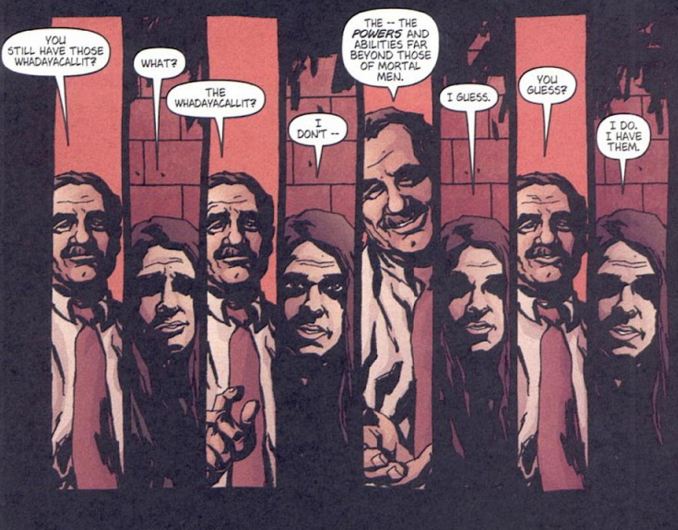 The stories themselves are classic detective cases. In the first, Jessica is framed for murder, and must prevent the identity of a superhero from coming out, while the next one is a missing persons case. In both situations, Jessica is shown as smart and resourceful, but also cynical and world-weary. She doesn’t have the answers for everything, and even the resolutions for both tales are not what you’d expect. There’s almost a CHINATOWN syndrome with the endings, and even the super powerful can be powerless at times.

READ: Check out more reviews from the ComicsVerse crew!