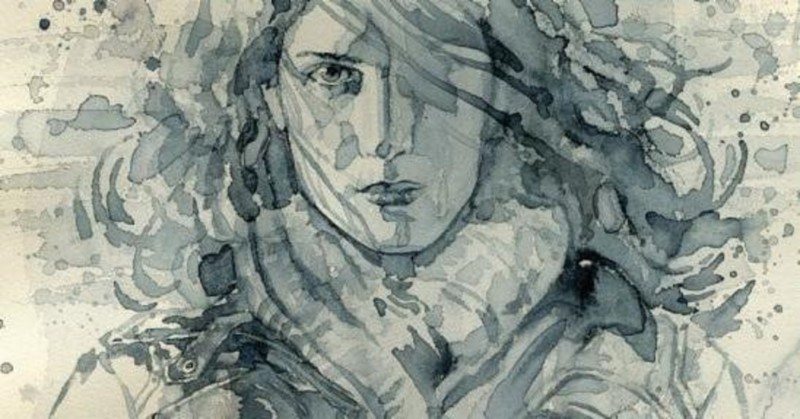 JESSICA JONES #3 continues the last issues’ story of kidnapping, with Jones still held in captivity. However, anyone hoping for an action-packed escape will have to make do with a fantasy sequence, where Jones is rescued by her adult daughter wearing Captain America’s garb. It’s the only real action in an issue that takes its strength from the series’ use of noir style and a solid dark interrogation arc that leaves many questions to be answered.

READ: Our review of the JESSICA JONES Netflix series.

However, the comic does take time to show Jones’ trademark attitude in some verbal and physical back and forth with her kidnapper, the Spot.  This actually shows off the skill of both artist and writer, as Michael Gaydos highlights the impacts with blood and bruises, and Brian Michael Bendis has Jessica threaten to rip off the Spot’s various body parts with each blow. Both emphasize the dark humor and brutal violence the series is known for with these panels and hook the reader in early. Its also important since this is largely a ‘talking’ issue, with the aforementioned lack of action.

READ: Why Female Director are Needed for MCU NETFLIX

The talking is focused on the somewhat SILENCE OF THE LAMBS-esque discussion with the real mastermind, a woman only identified as Alison who wants Jones’ knowledge of the super-hero community. Despite the cover, this woman claims no allegiance to HYDRA, but clearly knows Jones well enough to play on how she has rejected the superhero community, going as far as rejecting her husband because he has powers. This fits in perfectly with the constant theme of Jones wanting to get out of the superhero life and back to some level of normalcy. She even says how the insanity and hubris of the superheroes is why she started drinking. This dichotomy has been a huge strength for the series, even if it is something of a tie-in to the similar themes of the Netflix series.  Its like watching a person trying to escape a life of crime, only this time, its from people that actually do good.  But after seeing how Jones has ended up as a result, it begs the question of how much good they really do. 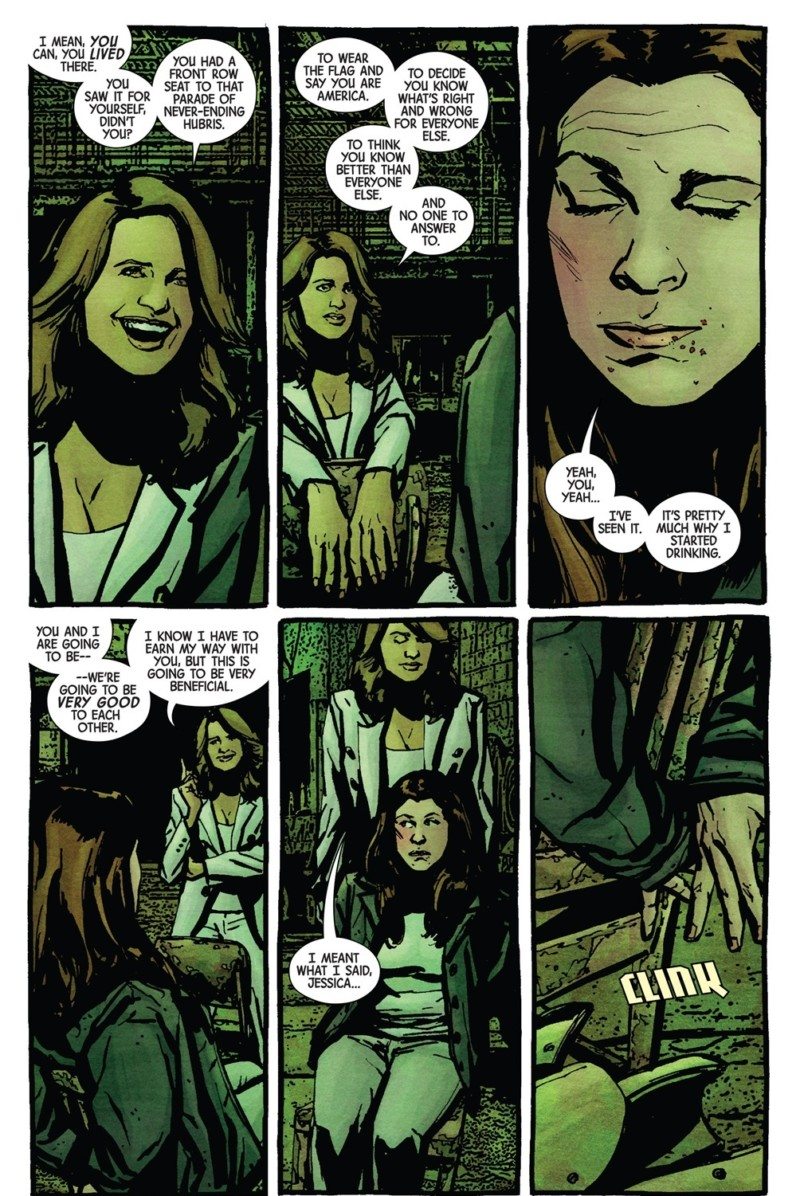 That’s really what makes this issue work — the questions it raises.  We’ve seen in the past two issues how much being a part of the superhero community is affecting Jones. Not only that, but the whole experience has left her with a story about her best friend, Carol Danvers, that sadly seems all too believable in the post CWII era (apparently, Danvers got extremely physical during Alison’s interrogation for a crime she didn’t commit).  Power can go to the head of people who wrap themselves in a flag, or think they know what’s best. CWII was full of heroes doing just that, but Jones, a street level character to begin with, has to deal with the aftermath. It’s hard to keep faith in people when they get to such levels, and while it doesn’t seem likely Jones would betray any secrets, the issue makes us wonder just how much she is considering it. Even Alison’s emergence feels like a natural result of that kind of lapsed faith, and as the story goes on, it’s not hard to imagine Jones having more of a connection with her. And the questions about how that will all happen will keep readers coming back. 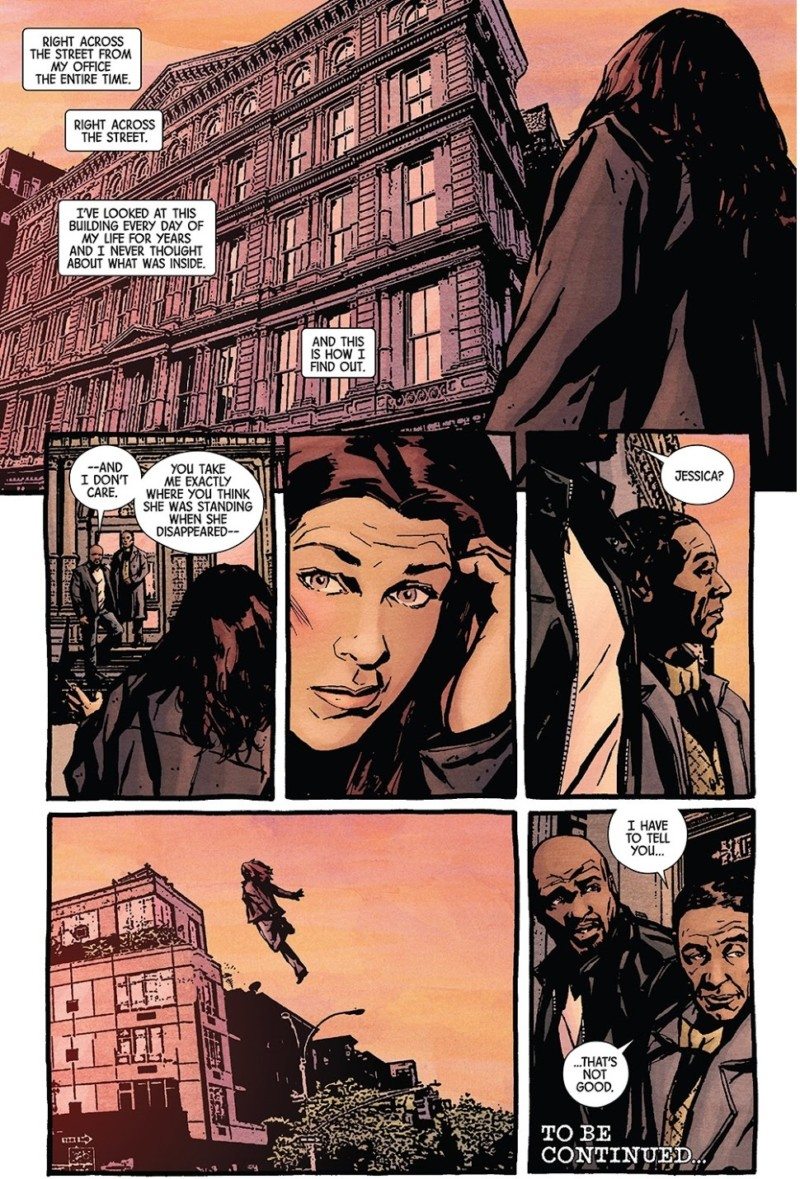 JESSICA JONES #3 is a strong psychological issue that continues to push Jones’ feelings about the superhero life around. It isn’t going to do much for any action fans, but it asks plenty of questions about its titular character, and leaves the reader in suspense about just what Jones is going to do.  This is a series with a team that knows where it’s going and it’ll be fascinating to see where they go next.