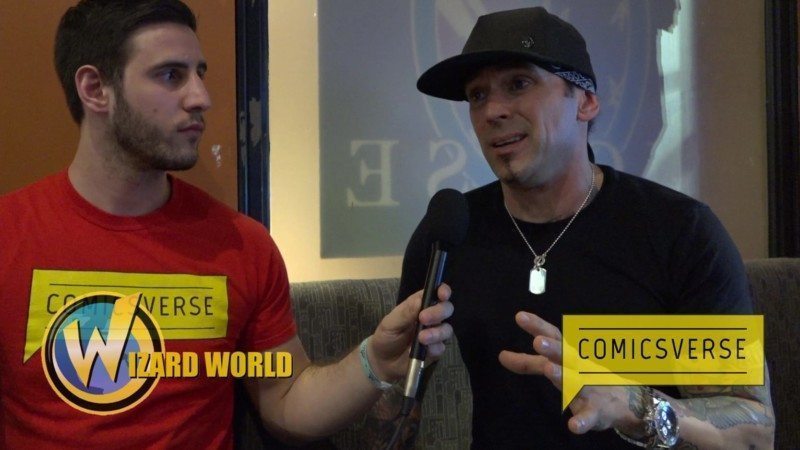 One of my favorite interviews of Wizard World Philadelphia 2016, was being able to sit down and talk with Jason David Frank. I’ve been a fan of Frank’s basically my entire life; from not only his work with the Power Rangers, which I loved growing up, but also as a martial artist myself. I started Karate at age five because of the Power Rangers series and, at one point, Jason David Frank even visited my dojo for a seminar he held back in the 90’s. I have since trained in multiple styles, competed in different arts, and migrated into the mixed martial arts scene myself, in a similar fashion to Jason David Frank.

So, being able to follow someone’s career basically your entire life and watching them grow as a competitor in the same sport you’ve dedicated yourself to is a pretty exciting experience in itself, but to then be able to sit down and talk to that person? Well, it was surreal to say the least.

Personal sentiment aside, JDF gave a great interview and provided ComicsVerse a lot of to unpack, talking in-depth about the Power Rangers movie and his own involvement. His career currently within the entertainment industry and the Power Rangers, Super Powered Beat Down, his comic convention experiences and fan reception and even his martial arts career and a possible return to the MMA scene. ComicsVerse thanks Frank for his time and we hope to have the opportunity to speak with him again on the convention circuit.