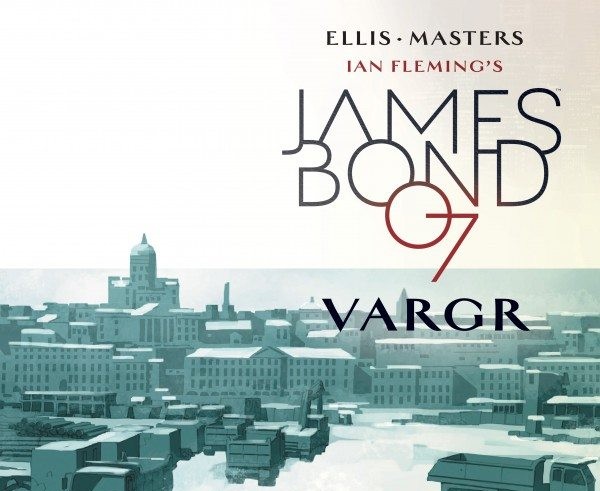 Released within days of his Cinematic Counterpart, JAMES BOND 007: VARGR has a different take on her Majesties Secret Agent, but is this comic worthy of the name Bond?

(Warning. The following review may contain spoilers and at least one terrible pun.)

The name is Bond. James Bond. Licenced to kill.

And the first few pages of JAMES BOND 007: VARGR, Bond does so in brutal fashion. Tracking the killer of 008, Bond is an unseen menace, attacking from the shadows before going in for the kill. The violence on display here would not make it into a Bond film now (maybe a Dalton one) but it is visceral, bloody and cold. This is a Bond that harks back to the coldness of Connery, but is even more closer in tone to the original books, more espionage than all out action. 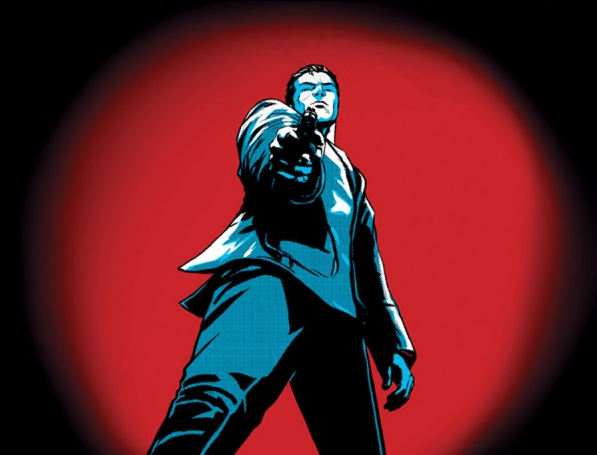 The first action scene ends on a cool nice nod to the Bond Gun Barrel Logo but that’s as far as it goes. This is not a Bond of set pieces but of murder on a cold dark street.

Bond in Ellis’ hands comes across as impatient, emotional, cocky and borderline unlikeable. Even Jason Masters decorates him with a swagger and a half smile full of ego where possible. He’s also been given a little hair curl that gives him a slightly Superman like look. This gives him this boyscout look, which adds to the character. But above all else, this man knows how to do his job, and he does it well.

After seeing SPECTRE, it was interesting to see how much Ellis turns the M/Bond relationship on its head, with M cutting down Bond’s swagger and suggesting the 00 Section should be retired. This M is tired of Bonds antics, and it shows. But Bond does himself no favours when he whines about taking over 008’s work load. He’s almost a man child.

Then you have Bonds’ visit to Q. Even after all these years, it’s a revelation that, while Q makes cool nifty gadgets, his job is mostly to make weapons that kill people. Even seeing Bond sitting in a canteen eating food takes away from the veneer of a super spy. And in this case, I think that’s the point. Sure, there is a wish fulfillment fantasy involved. Who wouldn’t want to be Bond? But it also points out that the violence involved is all too bloody and real, that Bond murders people, and that politics mean you can’t always fly first class. At one stage Bond even complains that he has to go through airport security.

Ellis and Masters do a great job of deconstructing what Bond is while at the same time telling a story you want to read more of. One of the more interesting aspects of JAMES BOND 007: VARGR is Masters’ panelling. Mostly midrange panels, Bond is very rarely shown on his own, but rather, interacting with people. He is not the cold aloof secret agent. He can joke and laugh with friends, a nice light touch. It also hints at what a misogynistic a-hole he is. (But we all knew that!) 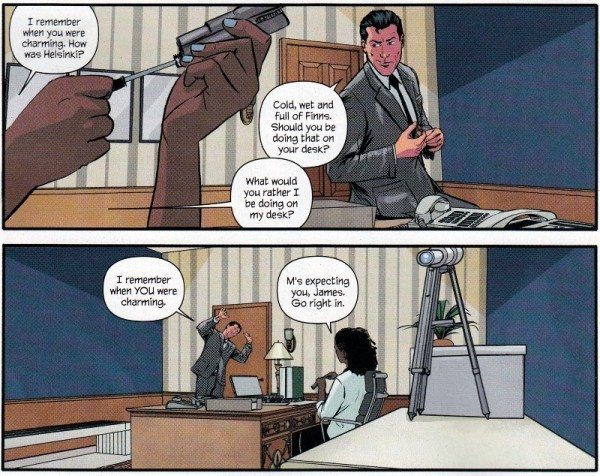 My only grumble with the book would be that it was just picking up pace when it ended. However that only means I want to read more. And it’ll be interesting to see a Bond not relying on his gun for a change.

A different Bond to what your used to. But an intriguing one all the same. JAMES BOND 007: VARGR could just be what the Doctor (No) ordered.

WATCH: Our review of X-Men 100th Anniversary with art by Jason Masters!

READ: Enjoyed this review? Find out more about CHRIS here!