With rumors stating iZOMBIE was to premier in January of 2017, there has been other news afloat from the CW saying they’ll push it even further into the year. The shows that are going to be airing in the New Year have already been advertised and have a selected time slot for the channel. This means fans won’t be seeing the cast until April of 2017.

It’s a little disappointing the show won’t be airing until then. It has already lost a chunk of their viewers and this will definitely add to it. The CW is introducing two new shows which is one of the reasons why iZOMBIE was pushed. With NO TOMORROW and FREQUENCY on the network, the show will be postponed until the mid-season. Although it’s going to be delayed, the CW announced that the season 3 premier will have a 2-hour long special! That’s always something to look forward to. Hopefully, there will be some really great action scenes where they get to show off some special FX. 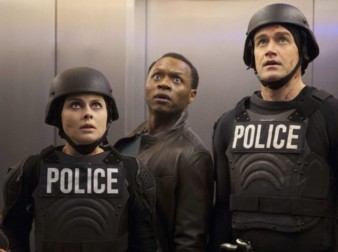 The announcement of CW releasing the new season later into the year could be an indication that the show isn’t doing well. About 1.3 million viewers tune in for each episode which is actually a 24% decrease from the start of the show. There is no word of why it has a lower turn out but it might be involved with the plot direction with Liv’s love life.With the loss of its viewers within the last season, this could put the future of the show in jeopardy. It is being compared to upcoming shows such as THE 100 and THE ORIGINALS. Unfortunately one of the reasons the show may not be performing as well is its new direction in the plot. The series is primarily focusing on Liv’s love life. This isn’t terrible but it’s definitely something the show shouldn’t drag on, which it sadly is. With fans rooting for Liv and Major, that’s a relationship the creators announced won’t be happening. At least anytime soon.

Instead of focusing on the aspects of her love life, they should have the show revolve more around the fear of the outbreak. This will hopefully be the clear goal for the third season as we found out in the end of season 2 that there’s a zombie army growing. With Liv’s feelings about how people of the living and of the dead should be separated, this should turn her to join the zombie army. These feelings really surfaced when she tried to maintain her relationship with Major. They wouldn’t be able to have a normal life and even have kids because of the zombie virus. In the events leading to the season 2 finale, she had eaten the brain of an ex-military man so maybe she’ll dive head first into the army. With no knowledge of the zombie army, the audience and/or Liv have no clue how many people have already joined. The size may be constantly increasing as the zombie population did in the show with Blaine’s help. Blaine turned most of the zombies in the show when he was building an army of his own. The addition of the army brings great new plot line for the show and will hopefully create a better basis to go off of. 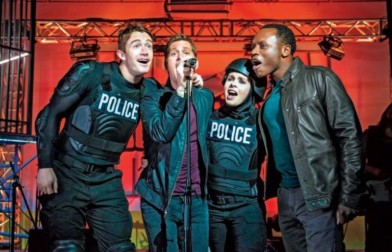 Spoilers have already been announced for the iZOMBIE fans and it only revolves around her love life. The creators say within the next season we’ll get to see the luckier side of her relationship status. This means the show might give Liv a stable relationship. This also means that whether or not she decides to join the army or be more involved with the undead population, her boyfriend will support her. Hopefully, with their undead abilities, the audience can see some side by side action with the new zombie couple.

With the CW picking up new shows and even bringing SUPERGIRL over to the network, the future of the show is definitely in question. The CW has a lot of shows on their plate and one might be subject to termination if not enough viewer’s tune in. Hopefully, the 2-hour season premier will grab some viewer’s attention and it would be good enough to keep the fans loyal to the series. If so, the show won’t have too much of a problem continuing. Fans can hope the delay won’t jeopardize the shows continuation but there’s no way to really tell until it’s released. With the season coming to the network in April of 2017, there’s a lot to look forward to and a lot to expect.