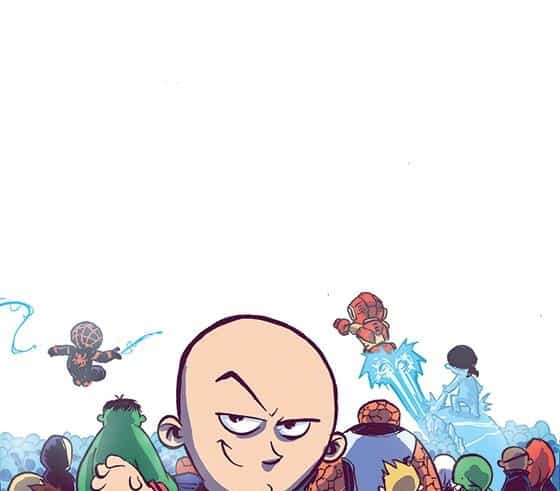 It Ends Where It Began- An Ultimate End #1 Preview!

I was there in the beginning when Brain Michael Bendis started this line with Ultimate Spider-Man. It was the first time I was reading comics on a regular basis, and I learned of things such as the pull list that will make sure I keep getting Ultimate Spider- Man issues. Now it is time to say goodbye, and we go out with the team that started it all. On to new beginnings! But first, let’s get a look at the end in ULTIMATE END #1:

A Desperate Last Stand on Battleworld – Your New Look at ULTIMATE END #1!
Bendis & Bagley Bring You the End of the Ultimate Universe!

As the Secret Wars begin, the Ultimate Universe reaches its end! This May, experience its heartbreaking curtain call in ULTIMATE END #1! Blockbuster creators Brian Michael Bendis and Mark Bagley – the creative team that helped start it all – will end it with one last, epic story! Miles Morales and the rest of the heroes of the Ultimate Universe face their final extinction. Judgement Day is here and the end is nigh. Yet as they come to terms with the end of all they’ve ever known and all they hold dear – will their gut-wrenching sacrifices make any difference? Is there any hope for the Ultimate Universe or its beloved heroes? Find out this May, as an entire universe experiences its final moments in ULTIMATE END #1! 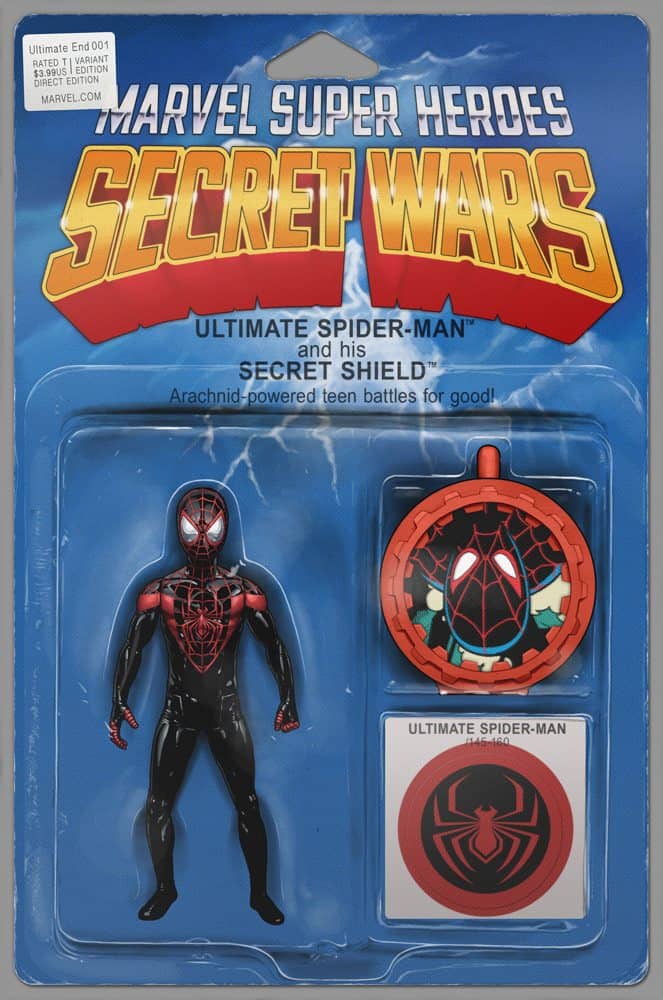 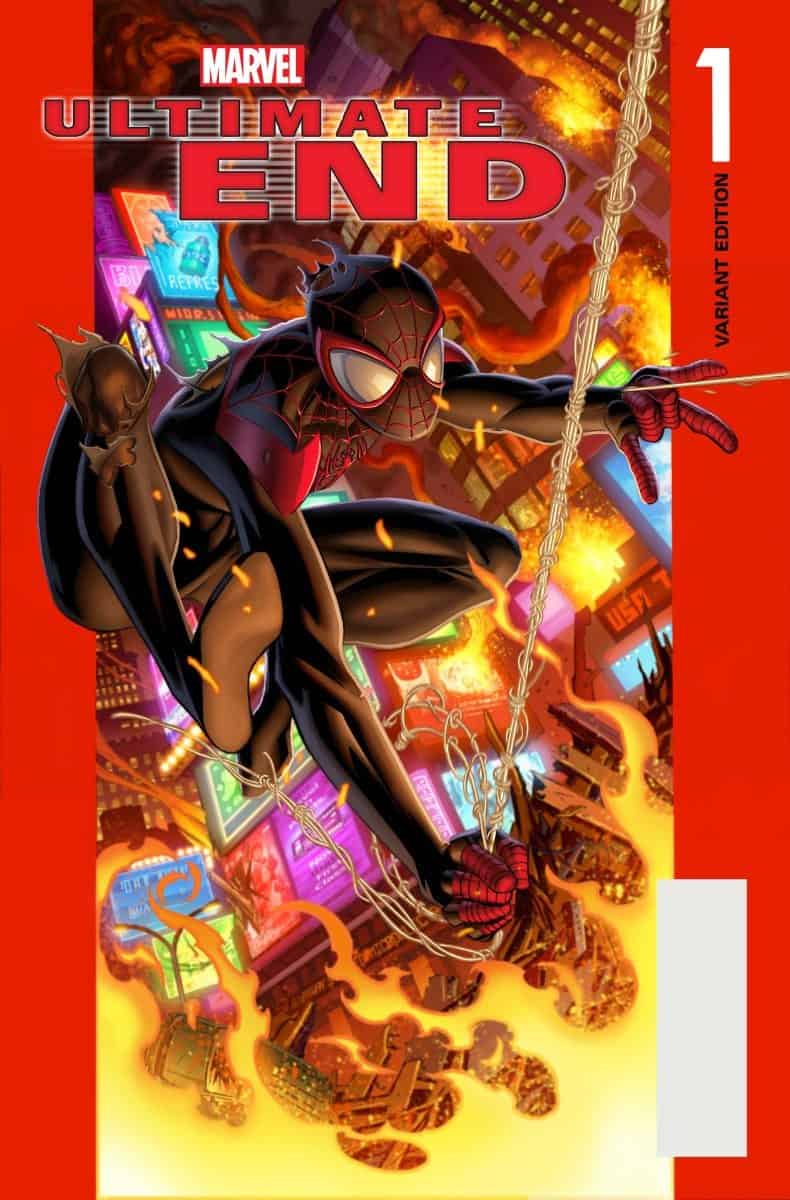 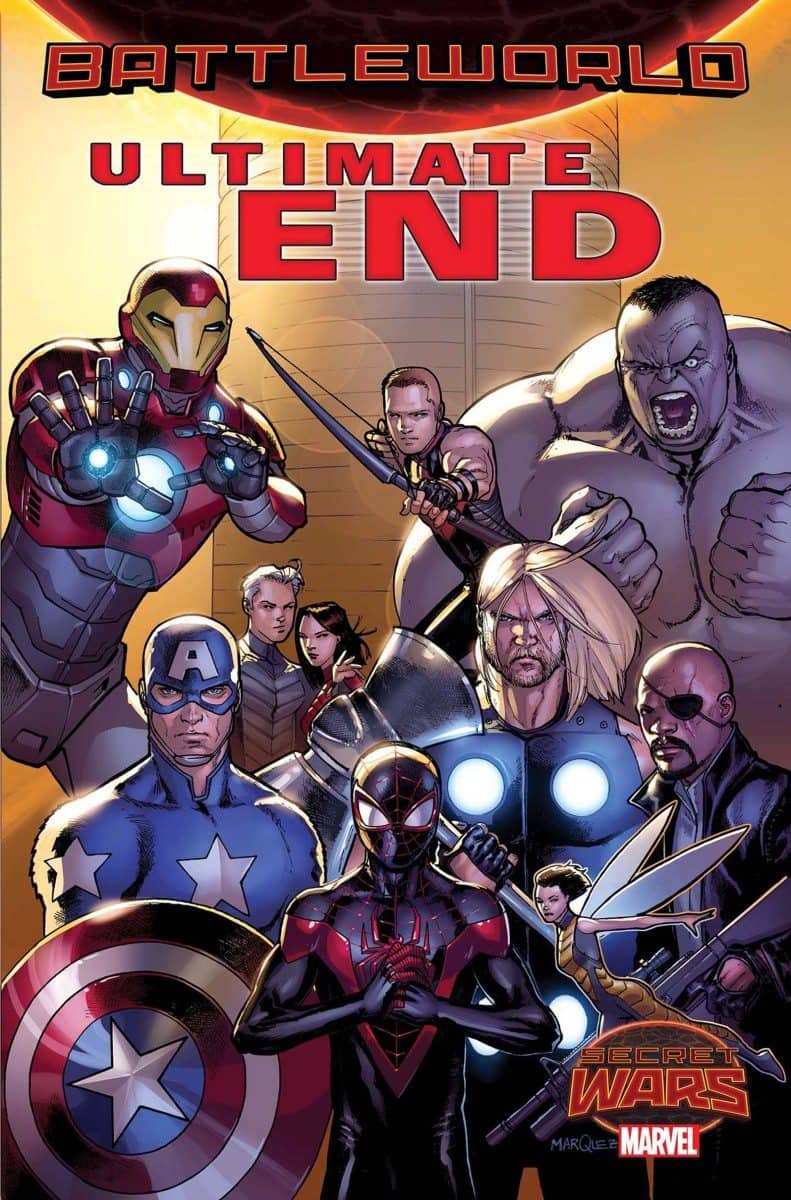 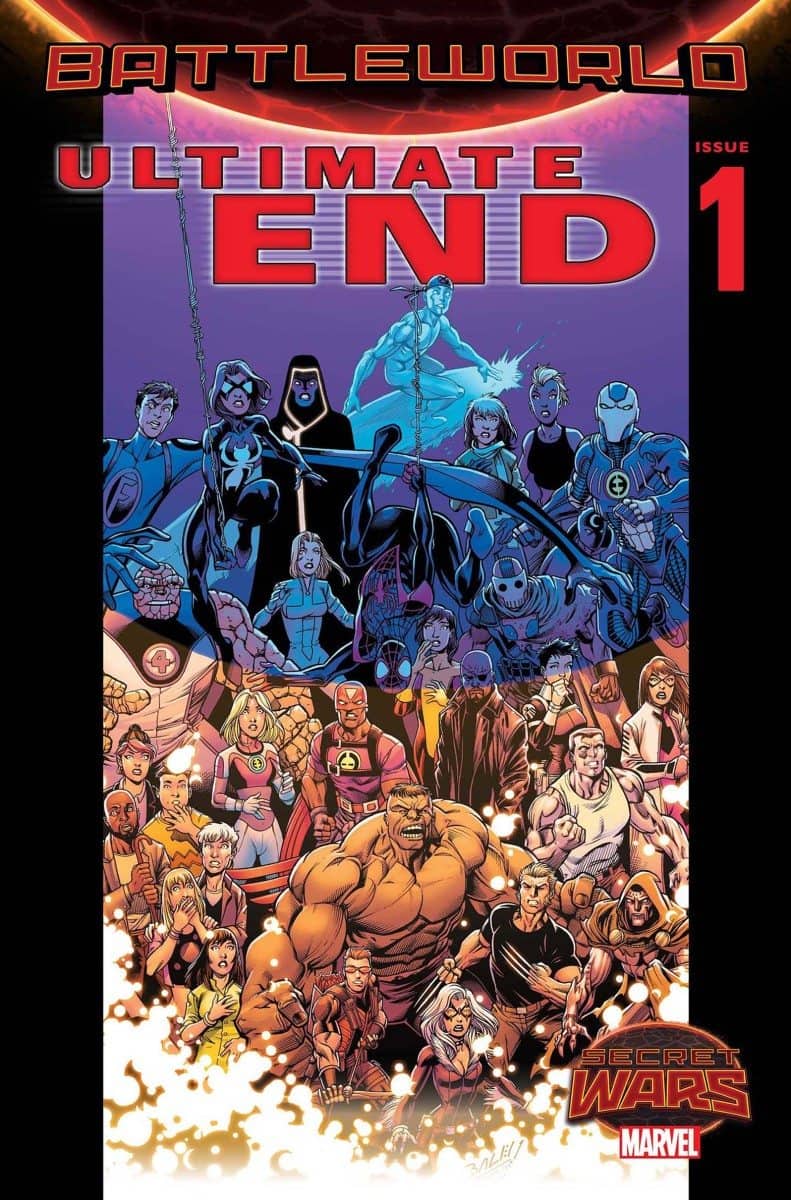 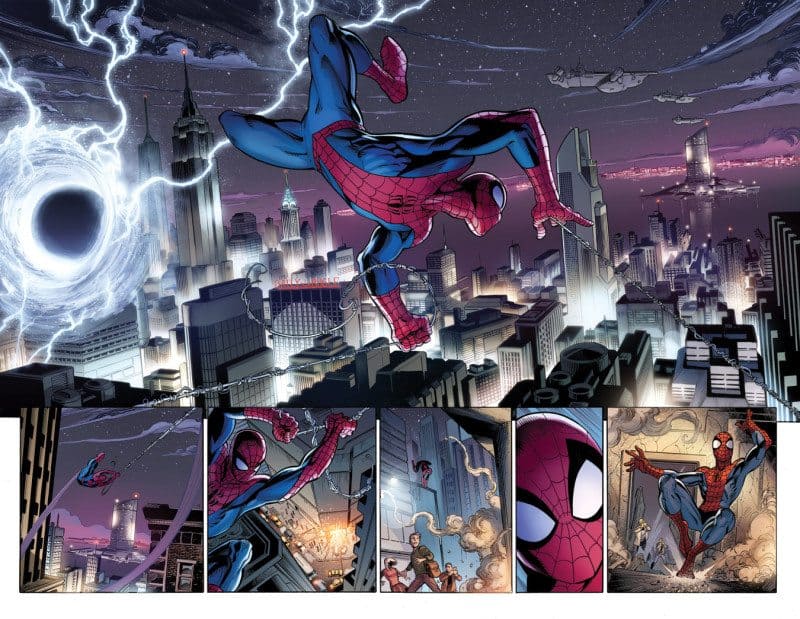 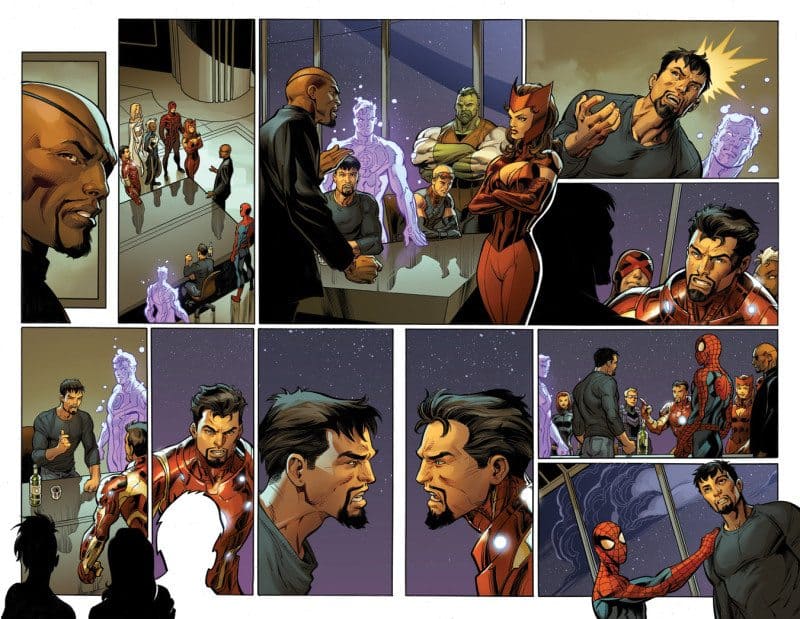 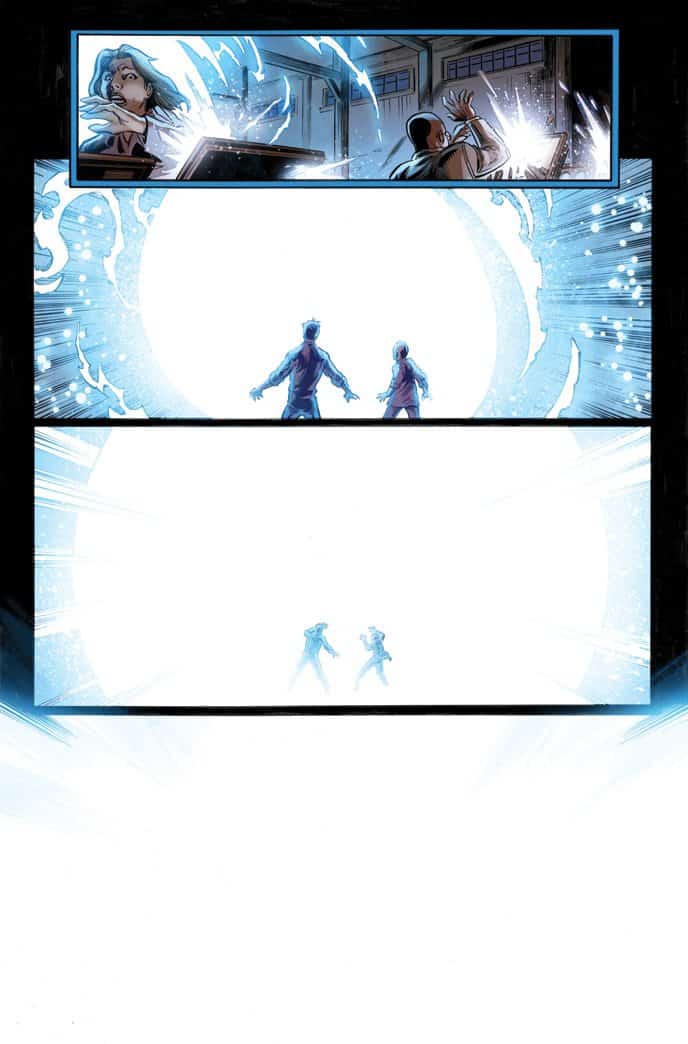