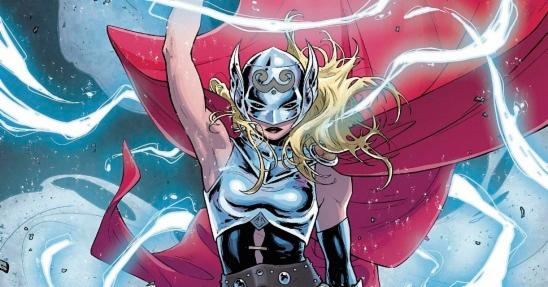 Fans of Thor have been watching their beloved god go through a long and complicated road the last year. First, Thor lost his arm after becoming unworthy to wield Mjolnir, which was picked up by Jane Foster. Fans then had to choose which Thor to follow—Jane Foster, wielding the hammer even as it causes her cancer to kill her faster, or the axe-wielding original Thor (now known as Odinson), striving to find a new purpose and identity. Though met with mixed reactions, the two Thors have prospered through SECRET WARS and in their own books—MIGHTY THOR and UNWORTHY THOR. Each book has a different tone; Jane Foster deals with the politics of the Ten Realms, protecting Earth, and tries to make the most of her limited time as the Thunder God, while Odinson searches for a way to regain his honor. 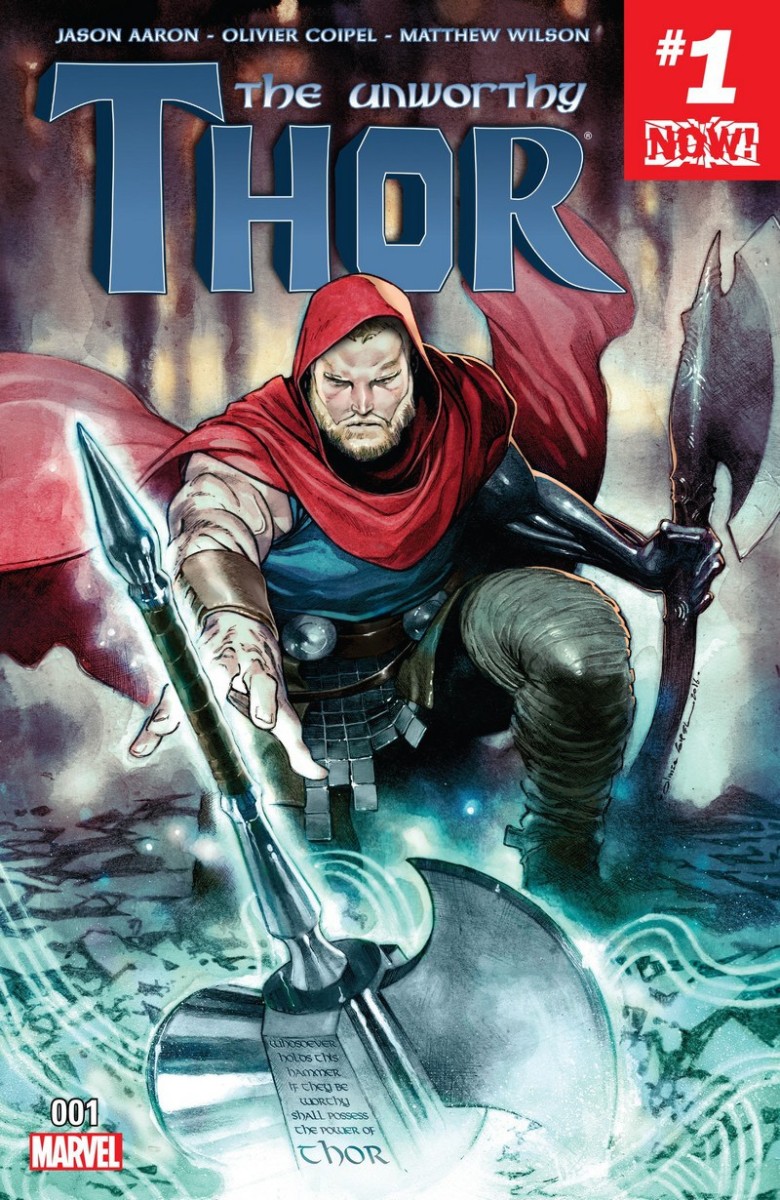 Readers of SECRET WARS know that its aftermath left a special trinket in the halls of Asgard—the hammer of Ultimate Thor. Judging from the very first cover, it’s clear that obtaining this version of Mjolnir is the true goal of Odinson. So what does that mean for the two Thors? It could be simply that Odinson will again become worthy of the name Thor, and Marvel will have two thunder gods on their hands (along with two Spider-Men, Captain Americas, and Human Torches). It’s a fascinating idea, but there is one other possibility that seems far more likely—Jane Foster’s time as Thor may be drawing to a close.

Comic book fans know there is a rule that has perpetuated in comics since the resurrection of Superman—everything eventually returns to normal. Superman became an energy being, so we would care about him regaining the red and blue costume. Even though Captain America has retired or resigned, he eventually surprises us all and picks up the shield again. Thus, it’s likely Odinson will regain his status, especially when Marvel already has a film series depicting the traditional Thor.

In addition, the arcs of both books may be hinting at the end of Jane’s role as Thor. Odinson’s search for the hammer is clearly a step in this direction, but what about Jane? She’s currently on a black-ops mission to free Alfheim, land of the Light Elves, but it’s not going well. As of the last issue, she’s surrounded on all sides, with no hope of Asgard coming to save her. This is clearly an ongoing story, which Marvel could be using to start setting up the transfer.

However, there is another far more sobering reason that Jane will lay down Mjolnir. While she has done amazing things as Thor and has become a hero on par with her predecessor, she’s still a woman dying of terminal cancer. Mjolnir may allow her to be a hero, but it also undoes all the work her drugs and chemo do to save her. As I’ve written before, I’ve seen a family member die of cancer, and this is not something Marvel can string along forever. For the sake of being respectful to everyone that has lost someone to this disease, Jane Foster should die at some point. Having her go on forever with this terminal cancer isn’t realistic, and it’s hurtful to people that know firsthand cancer kills. So why not in a way that allows her to have what she always wanted as Thor—a final chance to make the world better before she goes? You can almost see it—Jane, having saved the Ten Realms, finally succumbing to her disease, being held by Odinson as she returns his weapon and his power to him. 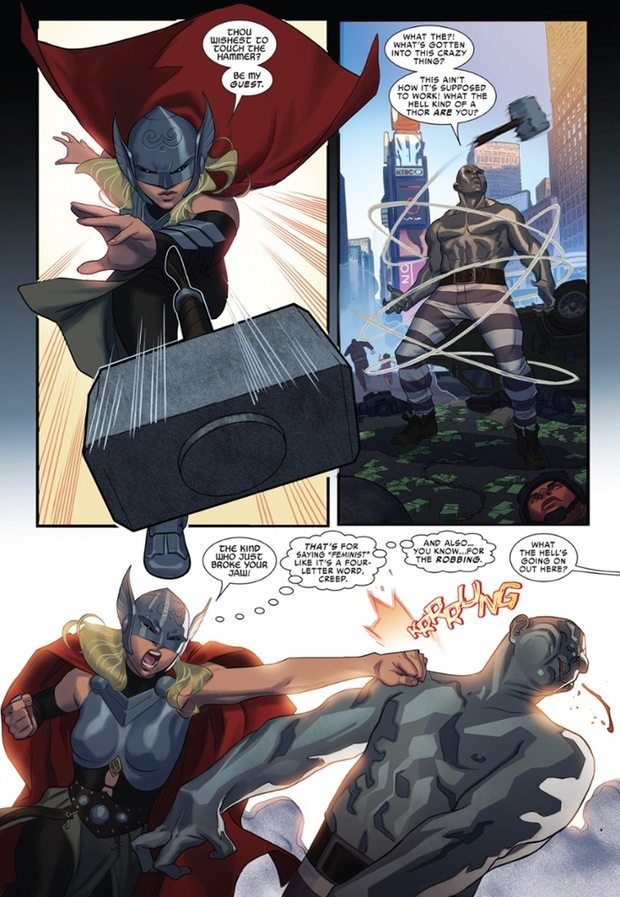 There’s a great deal to admire about Jane’s run as Thor. She was a breath of fresh air for the character, allowed Marvel to add serious drama to this title, and perhaps gave those suffering from the disease a chance to live through her. If Marvel truly is preparing to end her run, let it end with the dignity it deserves. Sure, there will still be questions to answer like why Thor became unworthy in the first place, or how Jane was able to pick up the hammer. However, with the talent at Marvel’s disposal, they can ensure that Jane’s run as Thor will end with the strength and integrity it always had.

Unless they give her a magic cancer cure.