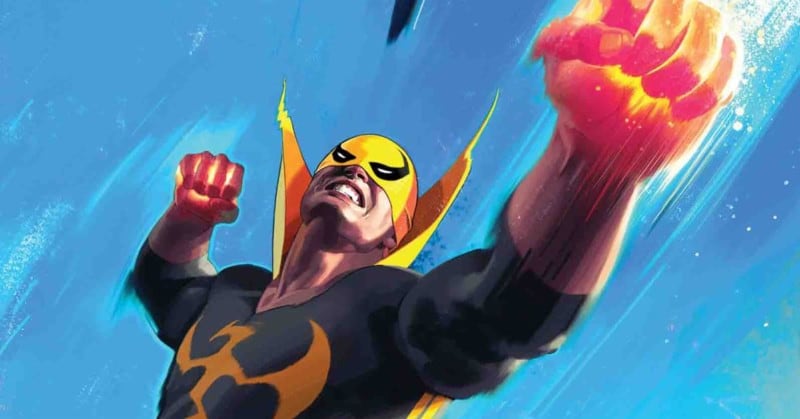 The character of Danny Rand/Iron Fist has been around for over 40 years, and he has gone through several iterations. From getting cancer to getting brainwashed, it may seem like Danny has been through it all. However, writer Ed Brisson in IRON FIST #1 takes the titular character on a different path — by taking away the Iron Fist. Danny’s ties to K’un L’un are fading, and if he doesn’t face a worthy opponent soon then the Iron Fist may be gone forever! This is an issue with a less hopeful Danny Rand than fans are used to seeing. However, Brisson still makes readers root for our hero to prevail in the end.

READ: We went behind the stunts in Marvel’s Netflix IRON FIST show!

IRON FIST #1 begins with Danny at Varna, Bulgaria in an underground fight club. Using his massive wealth, Danny challenges all the fighters at once. He easily pummels all of his opponents. Discouraged by the lack of quality fighters, Danny almost loses hope of re-connecting with the Iron Fist. As he drowns himself in alcohol, a mysterious man makes Danny an offer. This may be the solution that Danny is seeking, but he won’t know unless he takes him up on it. 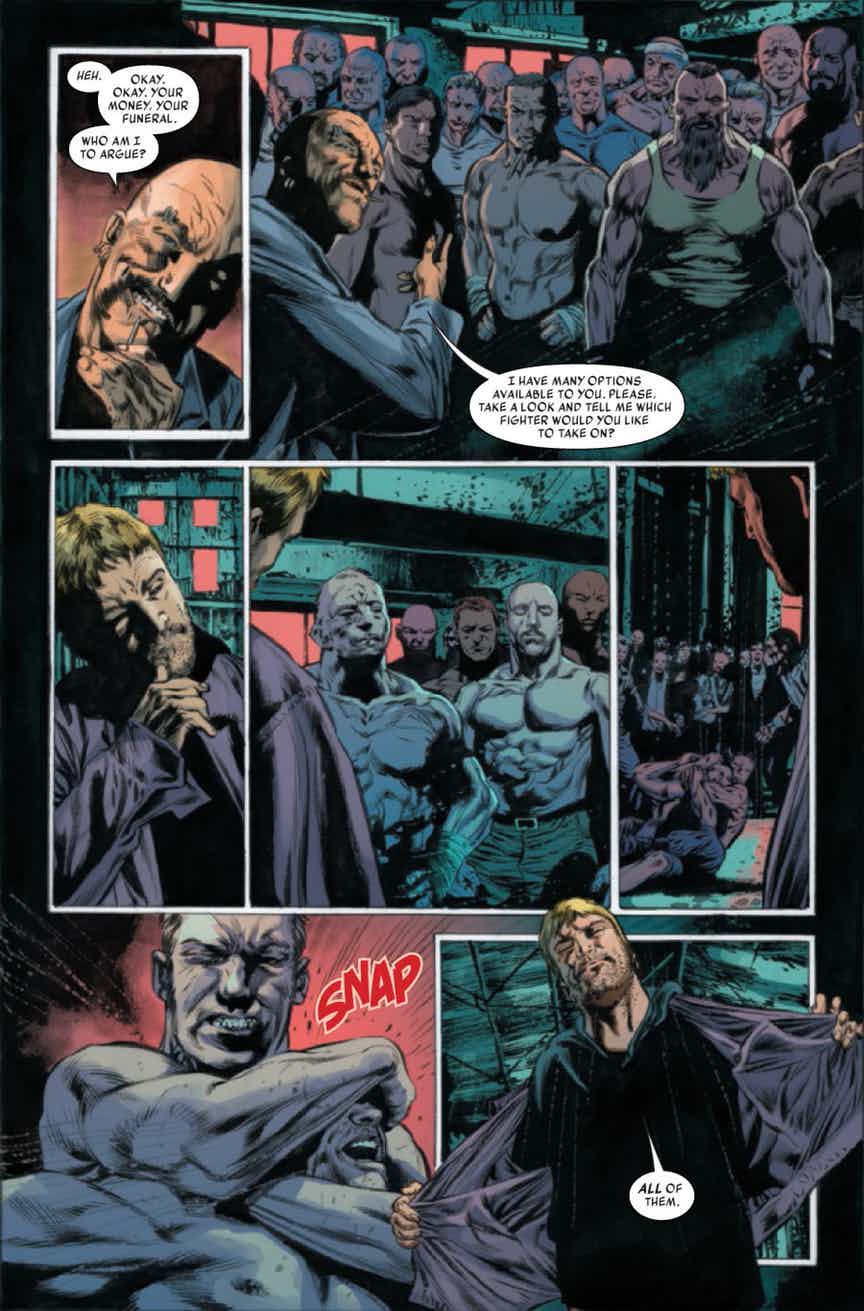 The plot for this arc is quite brilliant in its concept. Danny is gradually losing something that has defined him for so long. The strongest points in this issue are when Danny is by himself reflecting on his situation. Brisson does a good job of making the stakes feel like there is some serious weight to them. IRON FIST #1 also briefly explains Danny’s past, but with enough details to know that he’s been at this for quite some time. Any negatives in terms of plot would probably be the rapid location changes. It is a bit jarring at first, but Danny really only changes locations three times so it doesn’t take away from the rest of the issue’s quality.

As mentioned previously, the Iron Fist character has been around for quite some time. IRON FIST #1 shows the history behind this character through dialogue. Danny talks like an older man who has grown tired of the hardships of his life. Yet at the same time, he’s not ready to give up on fighting. Brisson is setting up what could be an extremely compelling story with Danny finding the fighting spirit he once possessed. This first issue in “The Trials of the Seven Masters” arc is reminiscent of the story in the anime ONE PUNCH MAN. Satima (One Punch Man) has become so strong that no opponent is a challenge for him. One of the plot lines in that anime is Satima searching for an adversary that pushes him — just like Danny.

READ: Speaking of anime, check out the things we here at ComicsVerse have done because of anime!

As for the artwork, artist Mike Perkins displays some stellar drawings, especially when it comes to the fight sequences. Each blow Danny lands has its own panel, and one can clearly see power in his attacks. The faces and bodies of Danny’s opponents look so bashed in that it’s hard not to wince at how real it looks. Colorist Andy Troy emphasizes Danny’s hits with bright yellow coloring at the center of the attack, which stands out against the dark backgrounds of the fight scenes. The facial expressions and just overall appearance of Danny in IRON FIST #1 stood out to me as well, particularly during the scene where Danny is trying to activate the Iron Fist. It frustrates him, and you feel pity for our hero. 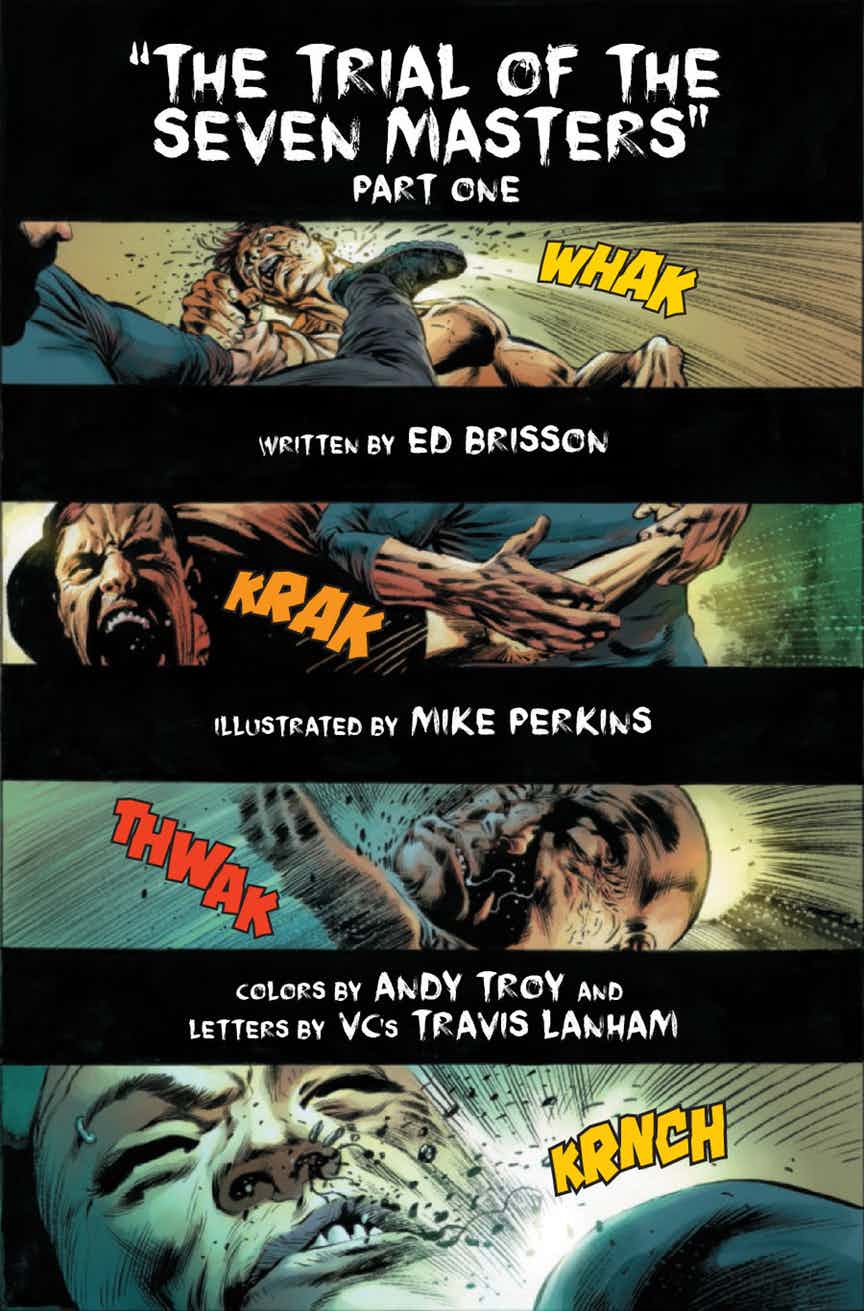 IRON FIST #1 is a solid first issue. The dialogue is gripping and addresses the long history of this character. The artwork features spectacular fight scenes that really pack a punch. If the IRON FIST Netflix series didn’t satisfy you enough, then odds are this comic might do the trick. I definitely recommend checking this out for any long time fans of Iron Fist. If all you know about Iron Fist is that he’s a guy who can punch really hard — you can still appreciate this issue as well.