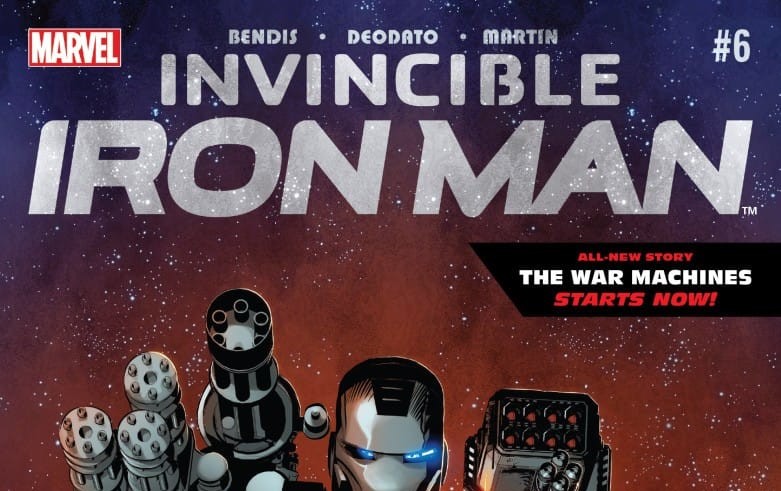 This week in INVINCIBLE IRON MAN, War Machine (Rhodey) searches for some information on what Madame Masque (Whitney Frost) stole from S.T.A.R.K. tower in Tokyo. Meanwhile, back in the States, Victor Von Doom confronts Tony and Amara during the most important meal of the day, breakfast. What does he want? Will Rhodey find what he’s looking for? Find all this and more in this week’s issue of INVINCIBLE IRON MAN! 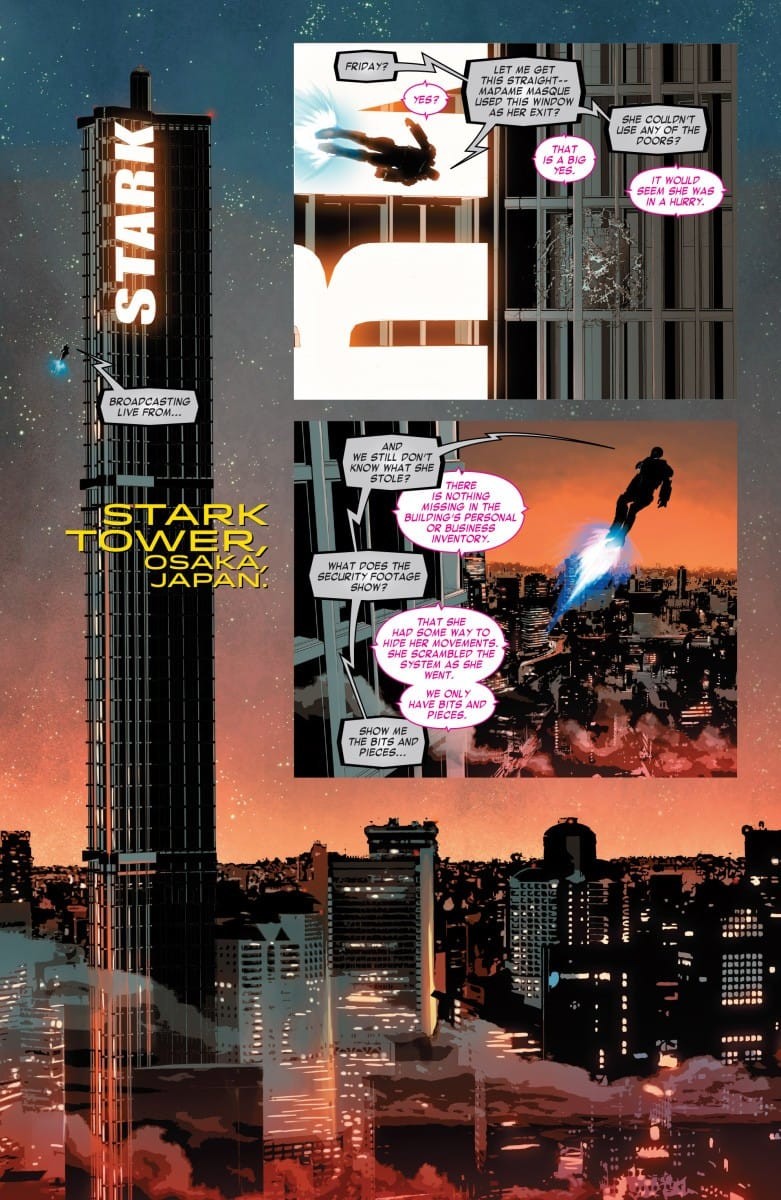 To catch up anyone who’s missed out on the last few issues, a quick synopsis: ever since SECRET WARS ended, Doctor Doom has been trying to turn over a new leaf, but Iron Man doesn’t buy it. Tony’s refused any advice or help from Doom, even when he was right. Stark also has a new love interest that seems to be on an intellectual level that’s maybe even higher than his own. An old enemy also resurfaces and starts to cause trouble for old shell head.

Madame Masque has also been stealing some very powerful items that, in the wrong hands, would cause a lot of trouble for our heroes of the Marvel Universe. With the help of Doctor Doom, Iron Man was able to take down Madame Masque before she could cause any more trouble. Leading into issue #6, some questions remained: has Doom really turned over a new leaf, or is he plotting something for his own nefarious purposes?

READ: Like Iron Man? Then check out our review on INVINCIBLE IRON MAN #1,: the Brian Bendis and David Marquez debut issue!

Since the series began, David Marquez and Justin Ponsor have been responsible for the art. This week, we’re introduced to newcomers Mike Deodato and Frank Martin. I personally prefer Marquez and Ponsor’s artwork. They drew Iron Man in a way only a few people could. All the characters looked well groomed, and the environments were gorgeously detailed.

Deodato and Martin’s work was a bit disappointing in this issue. Their characters look splotchy, as if colored with only one shade. The art style can work, but it’s a drastic jump in art style from last month’s art. There’s even a panel where Doctor Doom’s face blends right in with the background. For my taste, the art just wasn’t up to par.

The writing, though, is still phenomenal. Brian Michael Bendis’s writing continues to amaze me. He writes these characters so well, they take on a life of their own. Bendis is definitely the support beam of this issue. 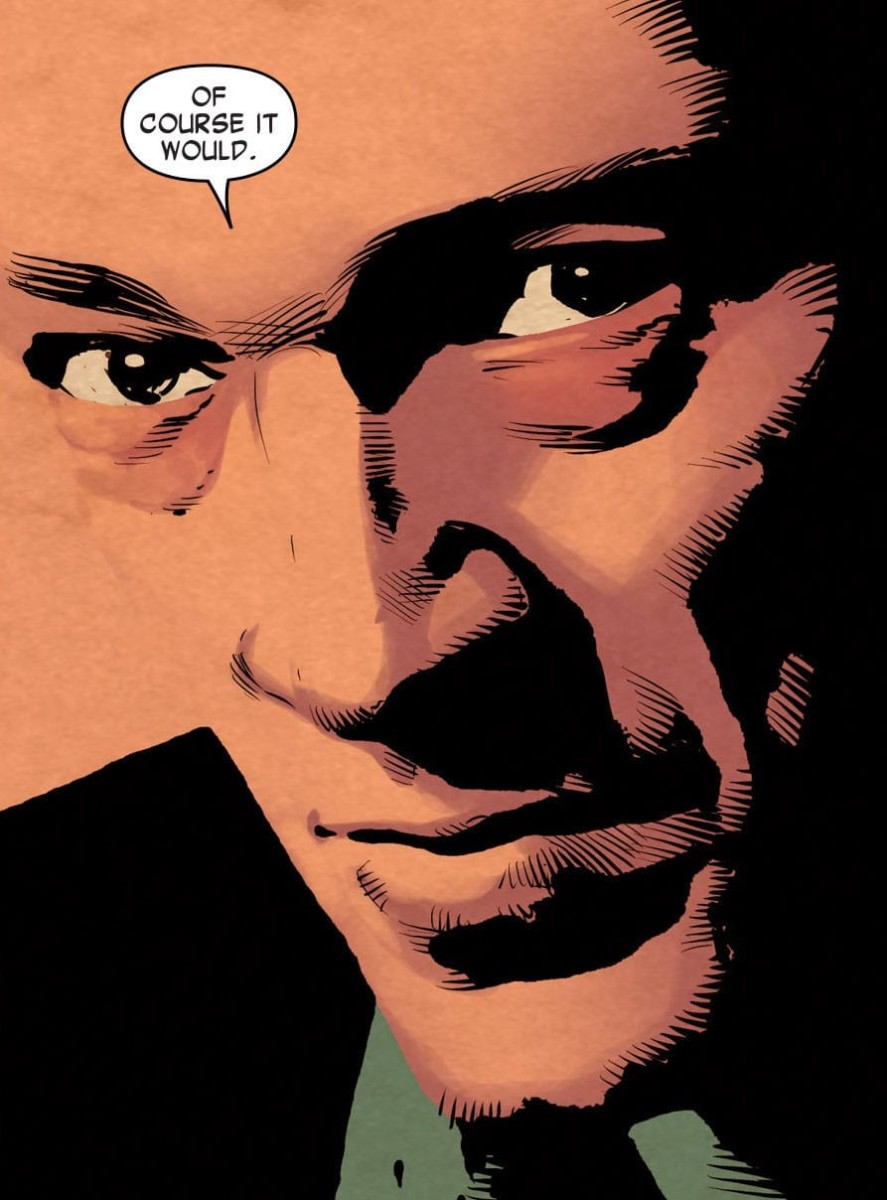 In one of the issue’s biggest moments, we’re introduced to War Machine for the first time since Marvel’s reboot of the universe. It’s nice to know Marvel didn’t change everyone’s costume, as Rhodey’s armor is still that sleek gunmetal gray that fans love.

Two other prominent Iron Man characters, though, are still absent. First, if you were hoping to get a glimpse of Mary Jane in this issue, you’re out of luck. Next is the most prominent absence so far: Pepper Potts. I may be wrong, but I don’t even think she’s been mentioned in this series yet. Rest assured, she’ll eventually make her way back into the arrogant arms of Iron Man. She just has to.

On the topic of costumes, Iron Man’s newest deserves some attention. It’s definitely sleeker than the original one and even looks a little feminine, but when the guns come out, it’s anything but. 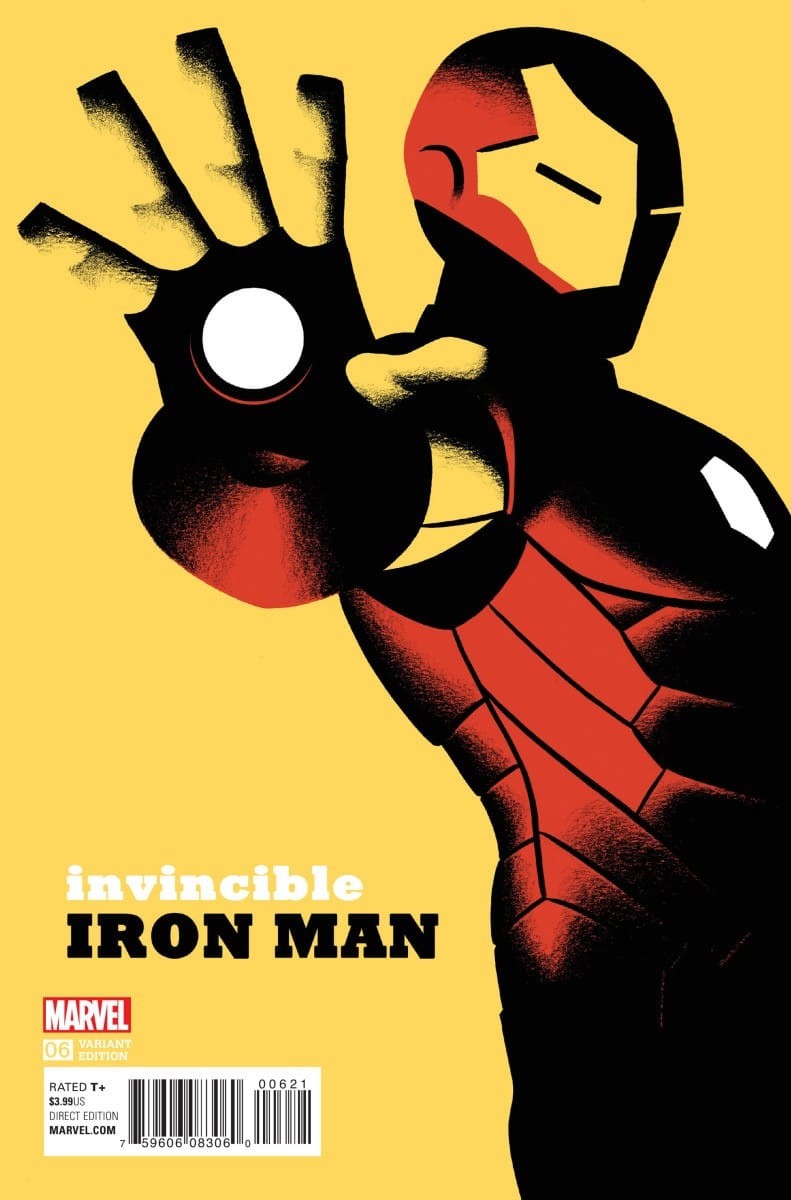 READ: Miss the last issue of Iron Man? Don’t worry, you can catch up here with INVINCIBLE IRON MAN #5 Review: A New Leaf.

In the end, I liked this comic. It may not have touched on anything important, but I give Bendis a lot of credit for keeping the reader satisfied with Stark’s sense of humor.

Is there anyone else missing from the Iron Man team that hasn’t been mentioned yet? Is Doom really an ally? Tell us what you think in the comments below!