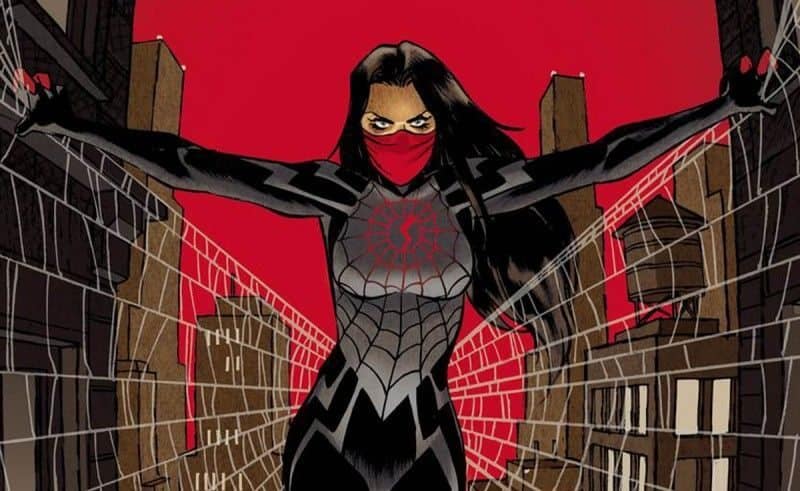 In 2014, Dan Slott put yet another spin on the Spider-Man story, when he revealed that one of Peter Parker’s classmates was also bitten by the radioactive spider.  In this $1-one-shot, TRUE BELIEVERS gives you a chance to meet Silk! 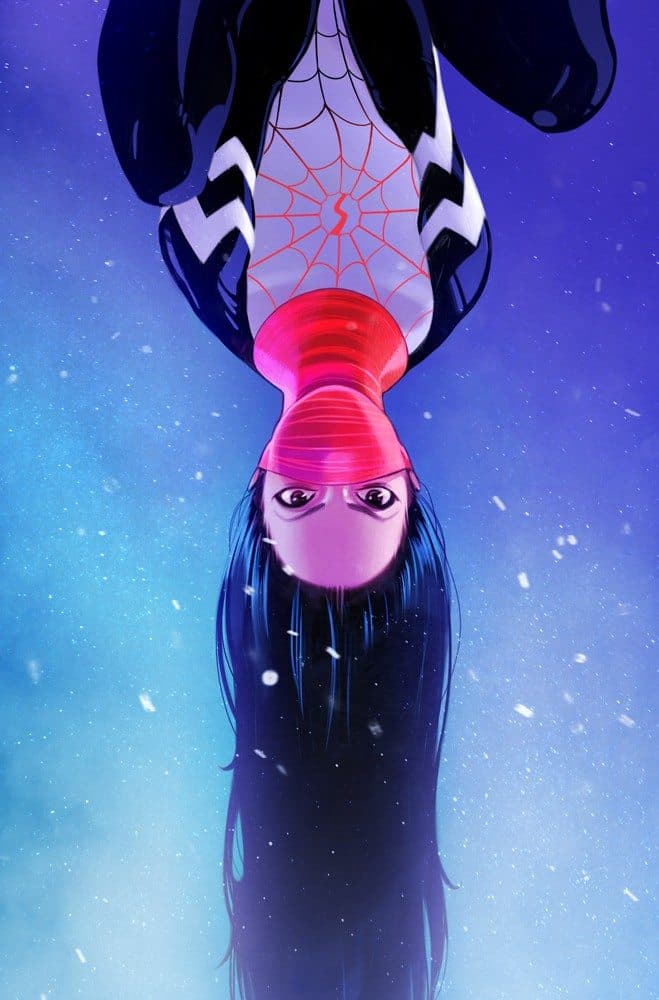 Cindy Moon was bitten by the same radioactive spider as Peter Parker; unlike Peter, though, she was approached by the spider-totem Ezekiel, and placed in hiding, lest her presence draw the threat of the Inheritors to our reality.  During the “Original Sin” event, the Watcher’s omniscient knowledge broke out across a large number of heroes, and Spider-Man was given knowledge of Silk’s existence.  He believed Morlun to be dead, so dismissed Silk’s fears and broke her out.  Of course, in reality the Inheritors were nowhere near gone, and these actions kicked off “Spider-Verse”!

With the Inheritors defeated, Silk faces a troubling question; who is she, and can she regain her life?  Oh, and by the way, did I mention that there are weird pheromones tying Peter Parker and Silk? 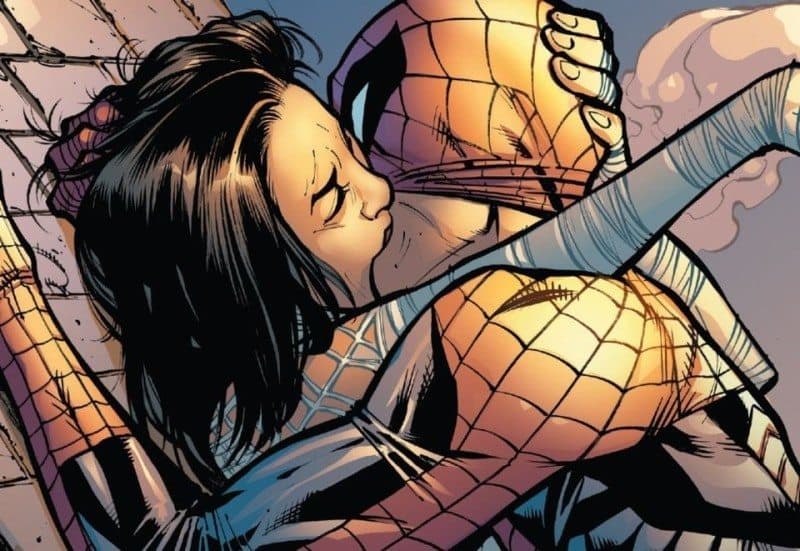 Robbie Thompson pulls off an entertaining series, introducing us to a young superhero whose world has been destroyed.  As Silk journeys to regain her life – and to discover what happened to her family after she was taken into captivity by Ezekiel – he really pulls off a sympathetic character.  He also has the wisdom to give her a strong supporting cast, pulling in characters well-known to Spider-Man fans of old.  It’s a smart move, using an unfamiliar character in a familiar context, and weaving a fascinating tale of self-discovery. 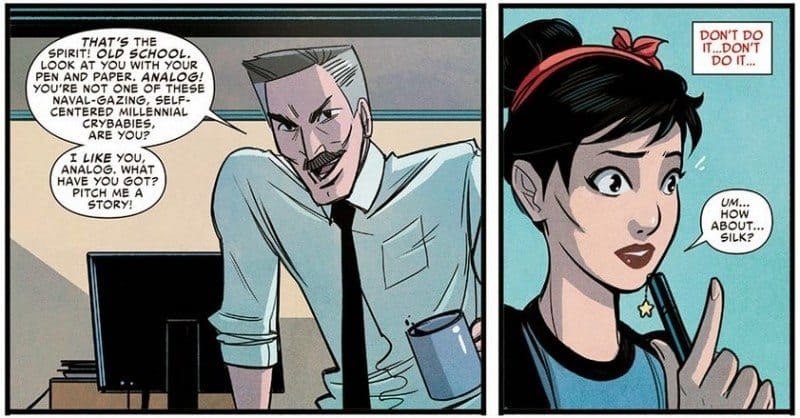 Incidentally, this run has to go down for the best portrayal of J. Jonah Jameson I’ve read in comics for the past decade.  If you’re a fan of Spider-Man’s supporting cast, this book is a must.

The art is perfect for the book, stylistic and vibrant, with art and colors complementing perfectly.  It’s one of Marvel’s more intriguing current series. 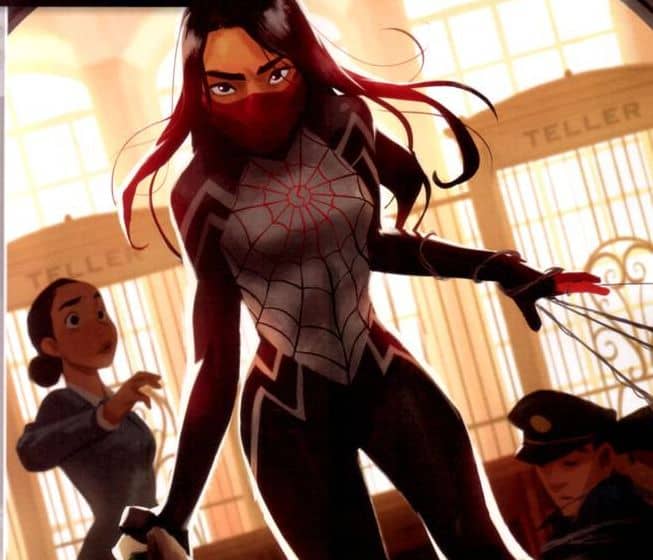 Silk’s stories will be continuing in THE SINISTER SILK, a series in which she appears – at first glance – to have allied with the Black Cat, who’s become something of a crime lord.  When last the two crossed paths, they were bitter enemies, and the Black Cat even ordered a hit on Silk.  So who knows what’s happened in that eight-month time-gap…