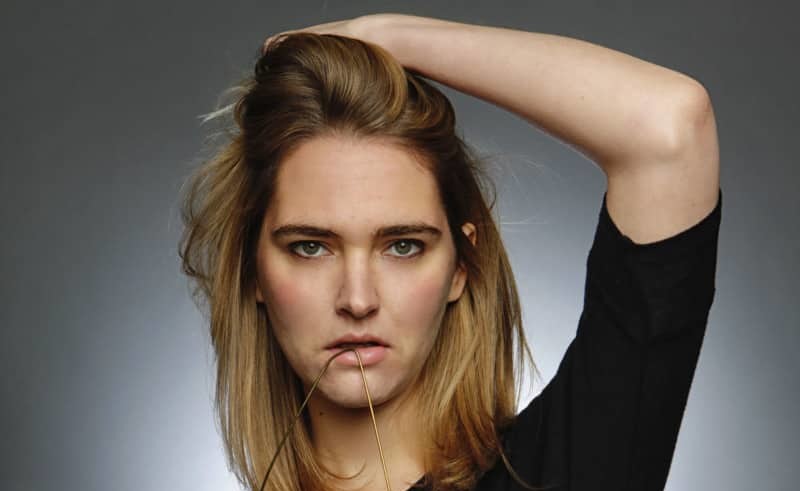 Jena Friedman is a stand-up comedian, writer, actor, and filmmaker. Currently, she works as a correspondent for National Geographic Explorer and has worked as a field producer on The Daily Show with Jon Stewart. She’s flexed her comedic muscles as a writer on The Late Show with David Letterman. Her latest project is her stand-up special AMERICAN CUNT which is now available on iTunes.

ComicsVerse: I have to ask because, as a former Daily Show intern myself, what was your experience as a field producer like? What were your favorite memories from your time there?

Jena Friedman: It was the best job I’ve ever had. It was really challenging but Jon was always insistent on us pursuing stories we cared about. It also taught me how to be a director.

One of my favorite memories was shooting a piece on the military ban on women in combat with Sam Bee, halfway through production Leon Panetta lifted the ban and as a result, our whole take we had set out to shoot changed. Because the story had become so timely, Jon decided to air it that Monday as opposed to in two weeks (which was the typical lead time) and because Sam and I had so much fun with a tone-deaf, misogynistic guy we interviewed we weirdly had enough coverage to make the piece about something other than what we had set out to do (the story became about how women cock block bromance in combat zones). We worked through the night to cobble something together and it ended up being one of the best segments I ever produced there.

CV: You talk a lot about politics in your stand-up. Do you think it is comedians’ job to tackle these issues?

JF: No. I think comedians should pursue whatever they find funny and/or find purpose in. But I do think now more than ever we need people, comedians and everyone else, to be fearless and outspoken and critique the insanity we are seeing politically because it’s something we’re all feeling and not enough people in power are speaking out.

CV: Does the news make it easier or harder for you as a comedian to come up with material?

JF: At the moment, harder. The news is terrifying, distracting and non-stop.

CV: Why did you choose to release your new special on Inauguration Day?

JF: I think the best way to get rid of a narcissist is to drown him out and/or ignore him. I don’t know how we’re all going to do that now that he’s “President” but releasing my special then was my small attempt.

CV: You talk about tracing the history of the word “cunt” in the special. What about language captures your interest for using it in your material?

JF: At first it was just a play on the British use of that word, which is not really gendered. But then as the special evolved to be about Hillary and the election, the word became a really good way to talk about American misogyny.

CV: What jokes in the special were ones that you were most proud of? Was there anything in it that you got to try out for the first time?

JF: The show is a hybrid between a stand-up special and a solo show and so it was nice to take a beat and actually talk to people. I had written the joke about why people hate Hillary (towards the end of the show) about a week before we taped and it was cathartic to find a jokey way to articulate my frustration.

CV: What role do you see comedians taking in Drumpf’s America?

JF: I have no clue. Comedy appears to be his one vulnerability (see his SNL tweets) so there’s power in that. But at the rate we are going, I honestly don’t know how long we’ll have free speech, so I think it’s important for comedians and everyone else to exercise it while we do.

AMERICAN CUNT is now available on Seeso and Amazon. You can follow her on all social media platforms @JenaFriedman.