Joshua Williamson and Mike Henderson are the creative team behind Image’s hit horror series, NAILBITER. The series focuses on the mysterious town of Buckaroo, the birthplace of at least 16 serial killers. Issue 20 saw the death of a major character before the series took a little break in February. Now the series is back with issue 21 hitting the stands on May the 4th. We caught up with the creative team to find out just what’s in store for our friendly neighborhood serial killers.

ComicsVerse: In your experience, what are the main challenges of producing a creator owned comic while maintaining the same standard of quality seen in books backed by big publishers?

MIKE: More work. All the little logistical details and promotion you take for granted when working for the big publishers. Lots more work.

JOSHUA: For sure. It’s like starting and maintaining a small business and comes with a lot of extra things to do. There are a lot of moving pieces and you have to monitor all of them. You’re not just focused on the creative part but also the business of it. But with all of that comes a lot of freedom to tell the story how we want to. And that is worth all the extra work.

CV: In issue 20, the shit really hit the fan for a lot of characters. A lot of the drive behind the story is finding Carroll and getting answers from him as to why there are serial killers in Buckaroo. But then he’s brutally murdered! Was it always the intention from the beginning to kill off Carroll?

JOSH: Yes! That was always the plan. He was always intended to be a bit of a tease on the story. You have to think from the start he knew too much. Warren warned him about digging too deep. But who knows what he left behind? Carroll could have left notes… or a video… or maybe he did tell someone.

READ: Catch up on NAILBITER with our review of issue 20!

CV:  Strangely, though Barker has been having hallucinations about killing people before finally giving into those urges, she never tells Finch what happened to her. She could potentially have answers to the Buckaroo mystery. What is holding her back from coming clean?

JOSH: FEAR. She was afraid of what Finch and her co-workers would think. She was worried that she’d be deemed dangerous or a killer. She doesn’t really remember what happened to her in the caves… well… now she does…

CV: During Finch’s conversation with Warren, it’s alluded to that maybe Warren hasn’t committed as many (or possibly any) murders as he’s believed to have. Will we get more information there during this new story arc?

MIKE: More information, always. Whether it’ll be true or not is another story.

JOSH: Somewhat. Most of that that will be in the arc starting in #26. This arc focuses more on Alice, her new life now that people know she’s the Nailbiter’s daughter, with some of the town mystery coming to light. 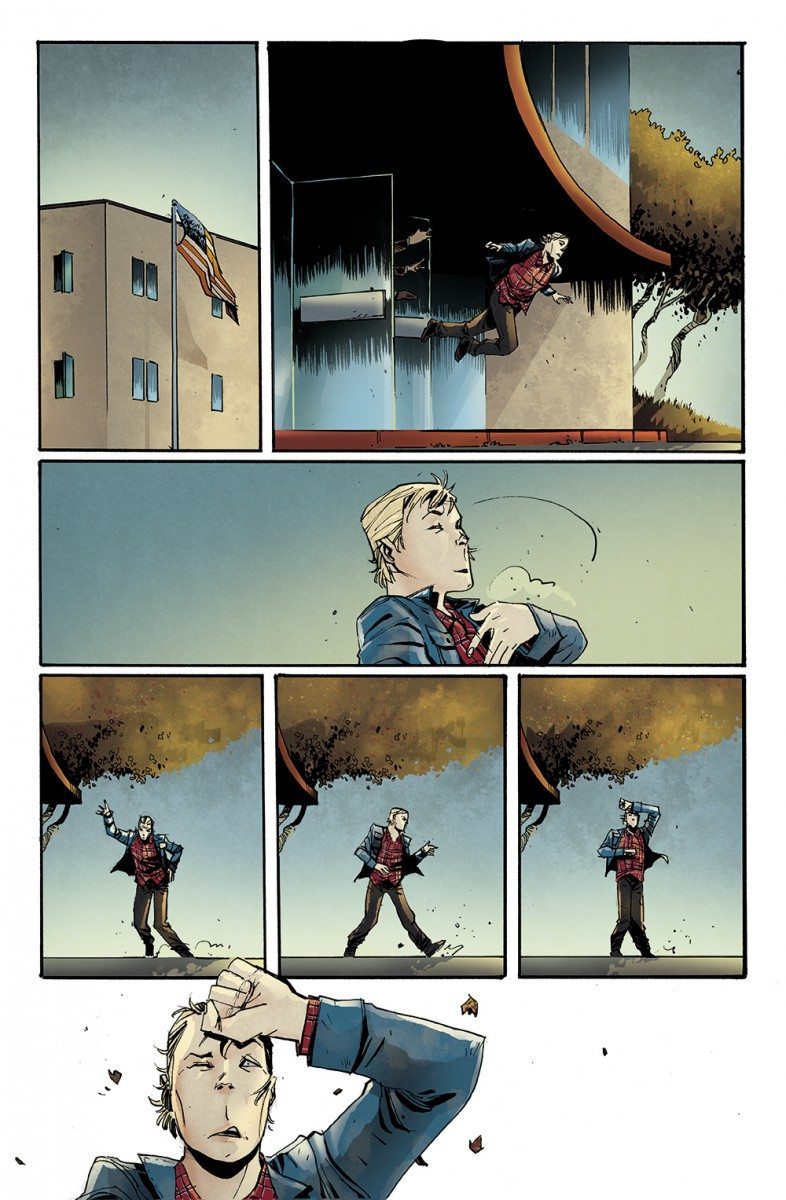 CV: Alice has always questioned if she could be the next Buckaroo serial killer. Once she finds out that Warren is her father, will that push her over the edge?

CV: Joshua, back at NYCC 2015, you said that Warren is going to do something that’s going to shock and horrify us all. How far away from that are we?

JOSH: Pretty close. There are a few beats with Warren that I think will surprise people. Or at least I hope they do.

CV: Who are your favorite characters to write/draw?

MIKE: Warren, certainly. But over time Crane has become my favorite. She’s the rock star for me.

JOSH: Warren. Followed by Crane as well. Finch can be fun, especially when he’s angry.

CV: Mike, there have been some shocking murders in the series so far. Your artwork during these scenes is always full of movement and defining, horrific moments. How do you artistically construct a murder scene?

MIKE: I try to go into those scenes without too much planning and let it work itself out on the page. It typically involves massaging rough pencils until they hit a point where I go “Ew” or get a little chuckle from what I think a reader’s reaction might be.

CV: Mike, do you always try to one up yourself when it comes to a murder, or do you choose moments that have the greatest impact?

MIKE: I suppose I go for greatest impact. I realized pretty early on that some of the murders we featured would freak out certain types of people more than others, and it makes me happy to think that each reader might have a certain page that gave them the heebie-jeebies. 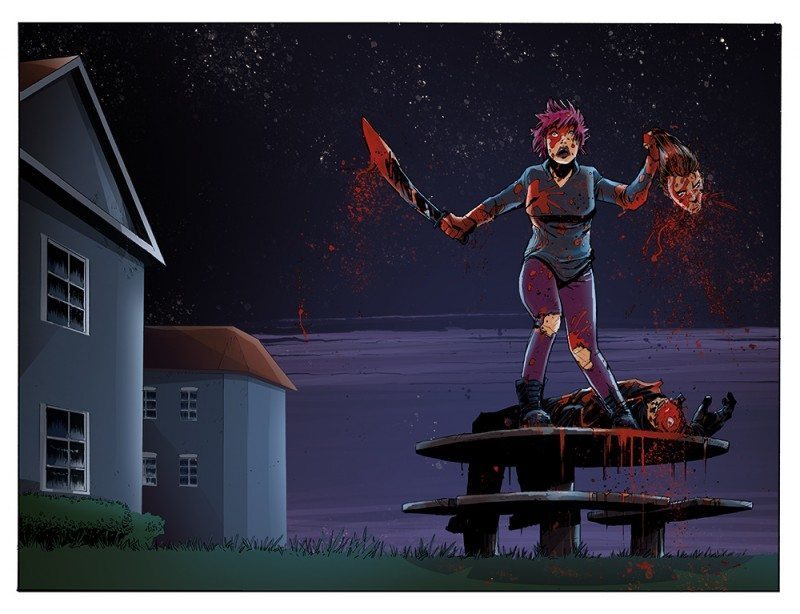 JOSH: The next story arc is called “Bound by Blood.” And you can expect some screaming and murder. And dancing.

CV: Will we see the emergence of a new serial killer? If so, how much research goes into their modus operandi and their character design?

JOSH: Not yet… we already have so many I think I need to focus on what we have. Get to the bottom of the ones in the book currently. I do a lot of research on the characters and how they are. And then I talk to Mike about it and he cuts loose.

LISTEN: We discuss NAILBITER in another ComicsVerse podcast!

CV: Beyond this arc, do you have a definite end to NAILBITER in mind?

JOSH: Perhaps… of course we do. Mike and I’ve worked it out page by page.

CV: If you could compare NAILBITER to any horror or thriller movie, what would it be?

MIKE: I suppose its closest cousin would be Silence of the Lambs. Obvious, maybe, but they share a lot of DNA.

JOSH: Mike is right, as always!

CV: Thank you, again, for your time and for the interview!