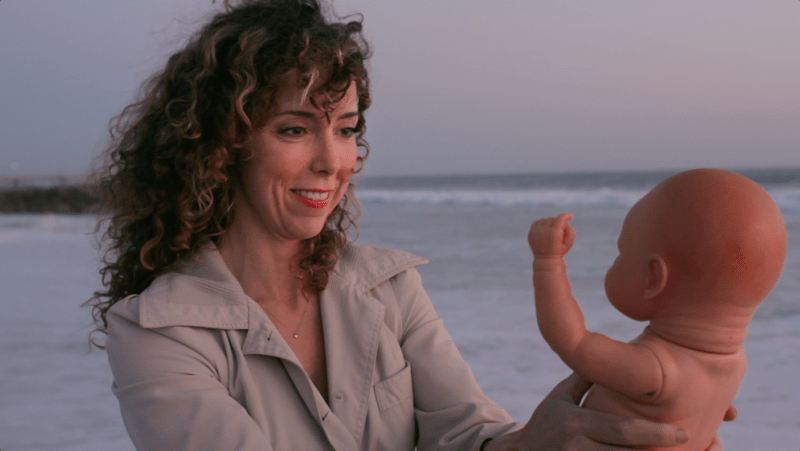 37 PROBLEMS, from award-winning playwright and filmmaker Lisa Ebersole, is a series with a clear creative vision that is also painfully funny and brutally honest. The show revolves around a 37-year-old screenwriter (played by Ebersole herself) who, in an effort to appease her overbearing mother, goes to a fertility clinic and discovers she only has one egg left. Existential comedy ensues. The show takes a look at a moment in life when the pressures of an “adult life,” like kids, marriage, or financial stability, become too great to ignore. Like many auteur-driven comedies, 37 PROBLEMS comes from a place of emotional truth and will be the perfect series for anyone who enjoys their comedy with a bit of a bite. We spoke to Ebersole about the series through email to discuss the show’s inspirations and the challenges of writing for the internet.

CLICK: Check out our interview with the directors of the new film ON THE ROCKS!

ComicsVerse: In addition to this show you’ve done a lot of work as a playwright. At what point in the development process of 37 PROBLEMS did you realize a web series was the way to go?

Lisa Ebersole: I wanted to make something that was more lasting than a play – part of the bummer about theater (and part of what’s unique about it) is that plays are finite. I wanted to tell a story that built upon itself and could be experienced again and again if the viewer chooses.

CV: I had initially planned to watch in a few sittings but found myself binging through the show. The episodes feel like complete stories even though they’re shorter than most television formats. What are some of the challenges of writing for this shorter format?

LE: Well, you have to get to the point right away. Every word counts much more so than when you’re writing something longer that breathes more. I found it extremely liberating to have the constraint of telling a complete story in 5-6 pages. It was like this little puzzle every time – what is absolutely essential to the story, versus what might be fun, but doesn’t make the cut. 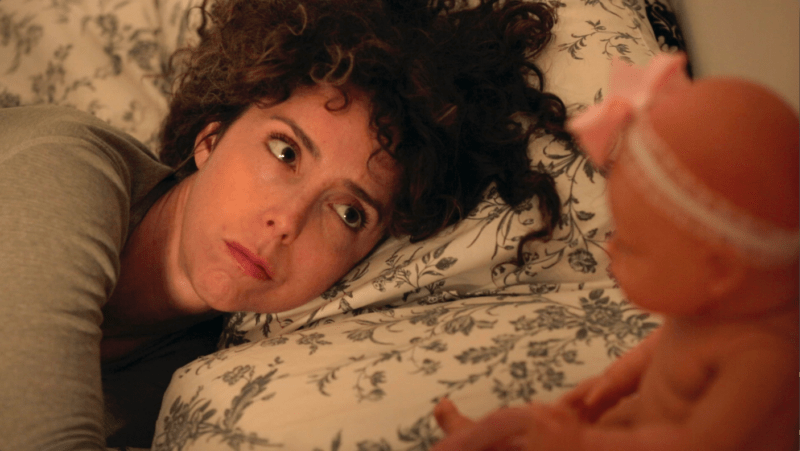 LE: Yes. I haven’t seen the women I know reflected on TV or in film – single women in their late 30s / early 40s who are still trying to figure life out and specifically decide whether they want to have a biological child before that choice is gone. Personally, I’m in that space and I know that if I’m wrestling with these questions, other women must be.

CV: How did you settle on the concept of the premise? Did the series always have that as its dramatic focus?

LE: Recently two friends froze their eggs. One had an easy experience but the other one found out she was basically infertile. At the time, I was in grad school and babies were not on my radar, but I started to wonder – should I max out my credit cards to freeze eggs? That question got me thinking “what if?” and that lead me to the idea of the character going to investigate her fertility and finding out she has one egg. What would that do to my ambivalence about motherhood, if I found myself in that position? The series grew from there.

LE: A lot of the work can be done ahead of time – prepping with my Director of Photography, production design, logistics. So all of that is doable. What I always worry about day-of is my acting – am I delivering what we need? Is it funny? Watching playback really slows you down so what I’ve found more useful is to hire my best friend (and co-star in 37 PROBLEMS) to be there on the days she’s not filming and be a second set of eyes. I trust her instincts and we work really well together. 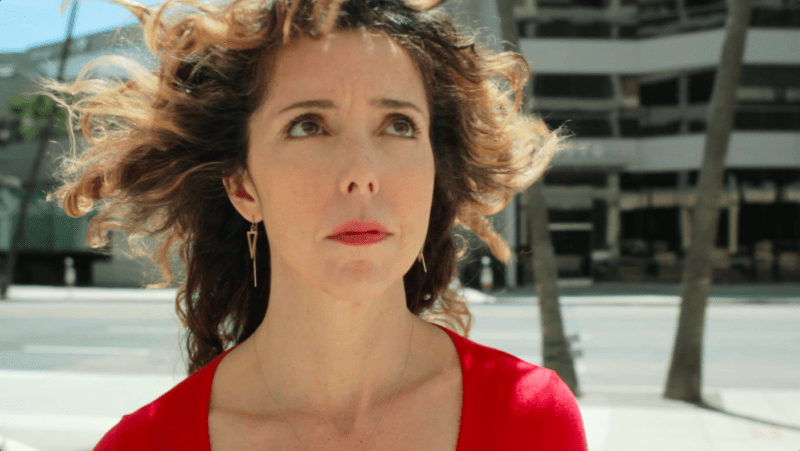 CV: The background characters of the show are great and flesh out the humor of the world you’ve created wonderfully. The scenes with Dr. Drimi, in particular, were great. What is your casting process like as one of the creative forces on the show?

LE: Thank you. I love casting. The process for this show was a mixed bag of traditional casting and referrals – the part of “September” I wrote for my best friend, Stephanie Sanditz. The Dr. Drimi actor, Pej Vahdat, was on BONES at the time we were filming and I’d seen his work — a friend of a friend got the script to him. “Gunnar The Editor,” Joseph Reitman, came in to read for the role and nailed it.

CV: As a writer, are you thinking of actors while you write, or do you find the actors change your concept of the characters on the page?

LE: For Amanda and September, I was channeling myself and Stephanie the entire time. But for the other roles, I didn’t have actors in mind. It was just about putting the words out there and seeing what actors did with them. Catherine Carlen (who plays my Mom) was very different than the Mom voice I’d had in my head but I loved the energy she brought to the role. Larrs Jackson (who plays my Dad) read the script exactly as I’d envisioned it.

CLICK: What more film making insights from indie directors? Check out our interview with Ray Yeung

CV: We’re seeing a lot more comedy shows that are driven by a singular voice. You name check Lena Dunham and GIRLS, for example, but there’s also shows like LOUIE, ATLANTA, or BETTER THINGS where the creators openly explore some very intimate aspects of their personal lives. This is all a very long way of asking, how do you think the idea of a “sitcom” has changed with works like yours that have a more personal focus?

LE: LOUIE is my favorite show. And I love GIRLS, ATLANTA, BETTER THINGS. I think what we’re all doing, and I’m honored to be in the same sentence as those creators, is grappling with the day-to-day dramas of life, from the minutia to the bigger things. I have an episode that is all about losing and finding a check and I have an episode where a character questions whether she wants to become a mom. I think there’s an intimacy you develop with the viewer when you’re exploring personal things. A shared sense of what it’s like to be human. And a very specific tone comes out of that – it’s not always a laugh riot, but it’s relatable. I guess that’s the biggest difference I see with the shows you name and traditional sitcoms; the newer “comedies” aren’t afraid to go dark or get real.

CV: What has been the most surprising thing in the process of making this series?

LE: I was surprised by the fact that it all came together and worked. Seriously. When you write something, you hope it will translate, but you really have no idea. I was really afraid that it wouldn’t be funny. And to be honest, we threw away the first day of footage because I was way too serious in a not-funny way. I adjusted and then it became exciting to watch dailies and realize, oh yeah, this works.

CV: How can people support the show to get it to a second season?

LE: Watch it at www.37problems.com and please share it if you’re moved to! I would love to do a second season.