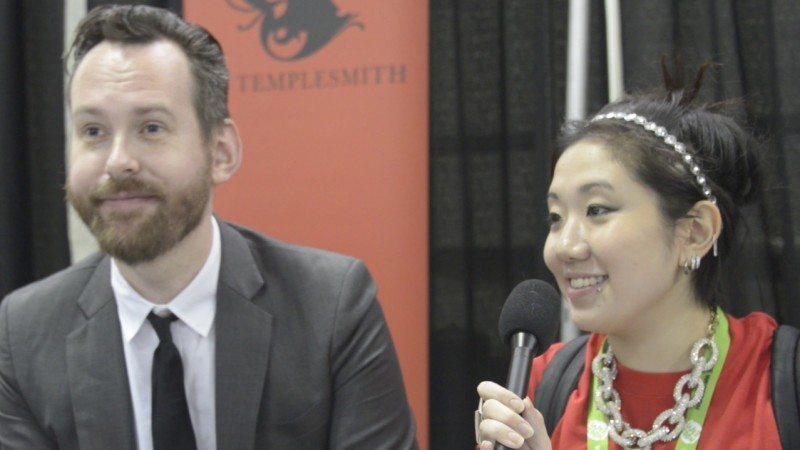 I had the opportunity to interview a personal hero of mine in the art world. I talked with the tentacle-loving, unique artist Ben Templesmith. If you don’t recognize his name, you might be able to pinpoint some of his notable work like 30 DAYS OF NIGHT. Personally, I loved both his work with other writers such as FELL with Warren Ellis. His favorite work of mine feels like WORMWOOD: GENTLEMAN CORPSE. Wormwood stood out to me because of Ben Templesmith’s ability to combine the genres of horror and comedy. The combination explodes into something visually horrific. At the same time, he simultaneously made me laugh. Getting to sit down and talk to him made it clear conversing would seem similarly awkward and hilarious.

READ: Remember the holidays? Here’s a quick list of the top 5 comics to read during the holidays!

Although his artistic work has spanned over a variety of titles such as GOTHAM BY MIDNIGHT, TEN GRAND, STAR WARS, DR. WHO, G.I. JOE, ARMY OF DARKNESS, SILENT HILL, and Buffy: The Vampire Slayer, he makes it clear to me in the interview that he feels a stronger kinship to his personal work. In fact, he allowed me to interview him because I promised I especially wanted to discussWORMWOOD: GENTLEMAN CORPSE. Despite my obvious nervousness to interview to an artist that I greatly admired as well as having my first ever video interview for ComicsVerse at my first comic convention ever, talking to Ben Templesmith proved to be not only interesting and informative but sincerely amusing.

Ben Templesmith in an Amazing Interview

While talking to him about his process and what he enjoys drawing the most, he didn’t hold back from being himself. Ben helped me feel comfortable having a conversation with him as my truest self. Claiming to love skulls, smoking, and money, I couldn’t help but enjoy his honesty about his work and opinions. I love his unapologetic approach to life. Check out the fun and offbeat conversation I have with a fond Giant Space Squid follower, Ben Templesmith!