ComicsVerse: I think many of our readers are already down with HEAD LOPPER, but for those that haven’t picked it up yet, what do you find most exciting about this book?

CV: I just love the Norgal-Agatha combo. They make such a great duo. You’ve talked in other places about developing characters sort of based on initial isolated drawings (like Aria in the fantastic APOCALYPTIGIRL). Is that how these two came about, too? Norgal is your Conan, as you’ve discussed elsewhere, but where does Agatha come from?

AM: Norgal is sort of my Conan but he became my Conan after one of those initial drawings. I did a drawing of an early version of Norgal with an early version of Agatha stabbed through his sword over his shoulder with Norgal’s foot on the head of a giant. It was for a comic art blog I ran for awhile and that week’s theme was “viking” I think. But it was just so much fun to draw I thought I could draw it over and over again and be perfectly happy. So when I asked myself what would be the overall feel of a comic using both the big bearded guy and the severed head (because I wanted to draw what would become Agatha again as well) I thought to myself it would feel like Schwarzenegger playing Conan and the Ray Harryhausen Clash of the Titans – movies my brother and I loved as kids. 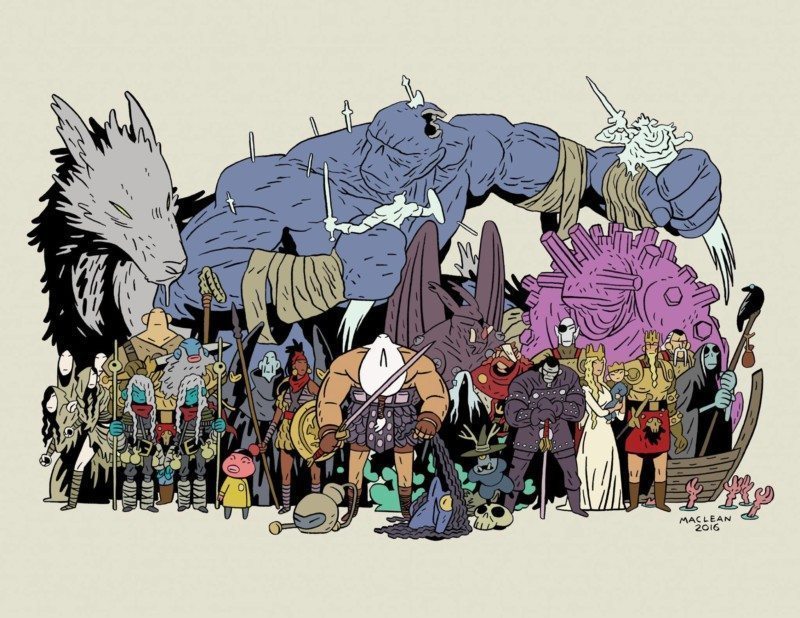 CV: There are a lot of fun characters in this book. Do you have a favorite?

AM: Oh man – that is tough. I love creating characters and I think I love them all. Gnym is a big favorite of mine. He’s really strange and silly and I loved drawing him. I loved drawing the Mapmaker even though he didn’t even have any lines. The Ferryman was fun. The Sisters of the Hill. And recently – because we’ll see more of her in the future – I’ve really gotten excited about Zhannia Kota Ka. But I love her most for the pieces of her story I haven’t told yet.

CV: You first published HEAD LOPPER through a Kickstarter campaign. I missed out on it then but was immediately hooked after I picked up the first book from Image. How did that partnership come about? Can you tell us about the transition from self-publishing to working with the folks over there?

AM: My wife and I self-published two HEAD LOPPER comics. The first was out of our own pocket, the second was on Kickstarter. We had a good time and learned a whole heck of a lot but between the cost and the constant trips to the post office – it started to get old. At some point I threatened to give up the publishing front and a friend of mine who has a noteworthy book at Image and was also a fan of HEAD LOPPER give copies of each to Eric Stephenson over at Image. Luckily, Eric really liked them and asked me if I would like to do more at Image. It’s really been an amazing relationship over there. They have been extremely accommodating. Couldn’t be more grateful. 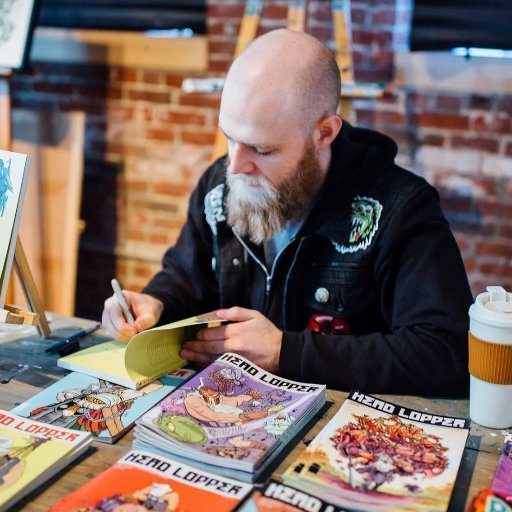 CV: I find the action in HEAD LOPPER both very entertaining and very distinct. You’ve discussed Mignola and others as influences—I can definitely see the R. Grampa influence. How did you develop your approach to telling these stories and crafting these action sequences? And what current material (in comics or otherwise) influences your work?

AM: I am a big fan of fight and action choreography in film. I’m nuts for martial arts movies and I think a lot of that influences me more than I might be aware. One of the other goals I have for it is to have the environments play a role in the action sequences. So instead of just characters trading blows, they interact with their surroundings, sometimes to their benefit, sometimes to their detriment. Currently though, I’ve been on a bit of a Miyazaki kick. I just purchased and rewatched Spirited Away and I bought the deluxe edition of the NAUSICAA manga, which I am only reading now for the first time. Also, I recently read THE INCAL for the first time which took an immediate hold of me – of course.

CV: With the first arc in the books, Image has decided to run with HEAD LOPPER for another miniseries next year. Beyond further lopping, what goals do you have for this book?

AM: The next arch takes us to an all-new land, with many all-new characters. But what I’m excited for most is we learn a lot about Zhaania and she is very much a main character in this new arch. One of the exciting things, for me at least, is spending time with Zhaania and some of the new characters who will show us new sides of both Norgal and Agatha’s personalities. I’m pretty damn excited for it.

READ: The brilliance behind THE AMAZING WORLD OF GUMBALL!

CV: I always like to wrap up with recommendations. Which of your other stuff should fans of this book check out? And what other work are you reading now or looking forward to reading?

AM: Well I recommend my graphic novel APOCALYPTIGIRL of course. I greatly enjoyed making that one too. I mentioned above a couple recent reads, but otherwise, I recommend checking out BARBARIAN LORD by Matt Smith and his new book at Image, LAKE OF FIRE – I love his work. DARK CORRIDOR (Tomasso). Also check out SPACE RIDERS (Rangel Jr and Zirrit), SABERTOOTH SWORDSMAN (Gentry and Conley), oh god the list goes on and on haha…

If you enjoyed this interview, check out Andrew’s Tumblr for exclusive content and special sneak peeks! Also, you find more of his work on Deviantart or Facebook!

Here are a few spoiler pages of HEAD LOPPER from the ones he has provided on his site. Like what you see? Take a visit and see the rest! Link below. 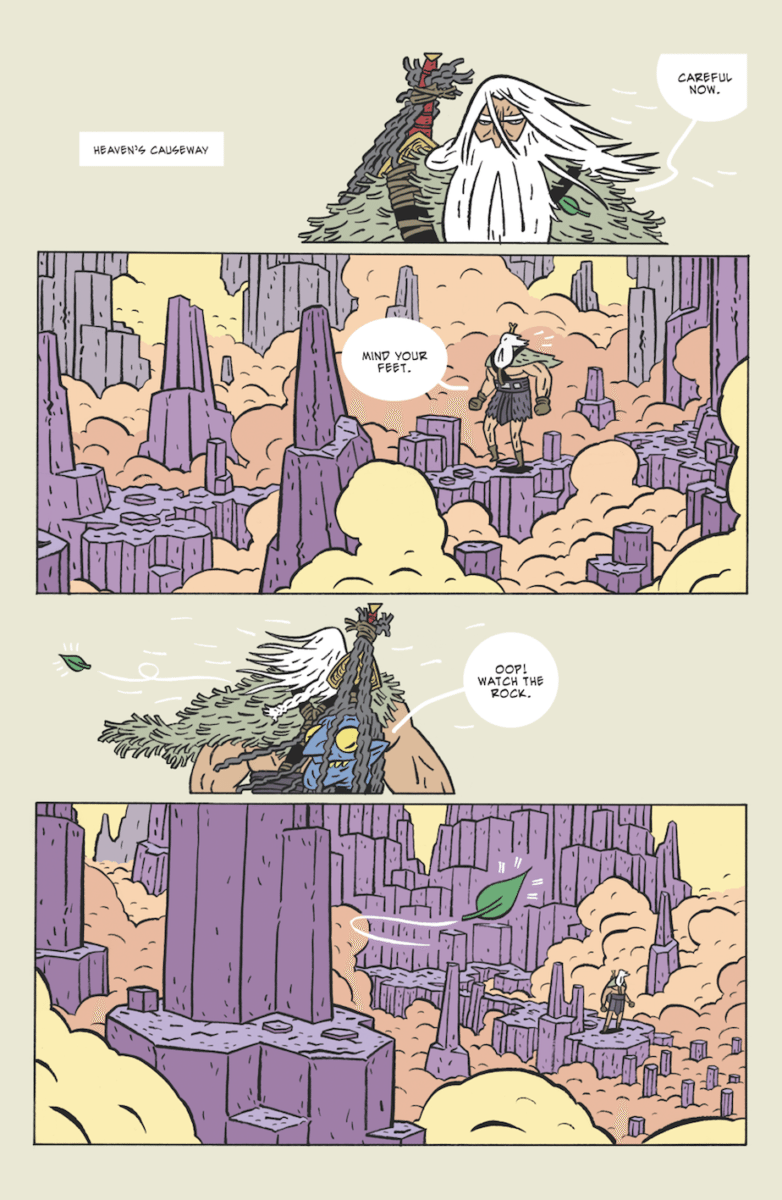 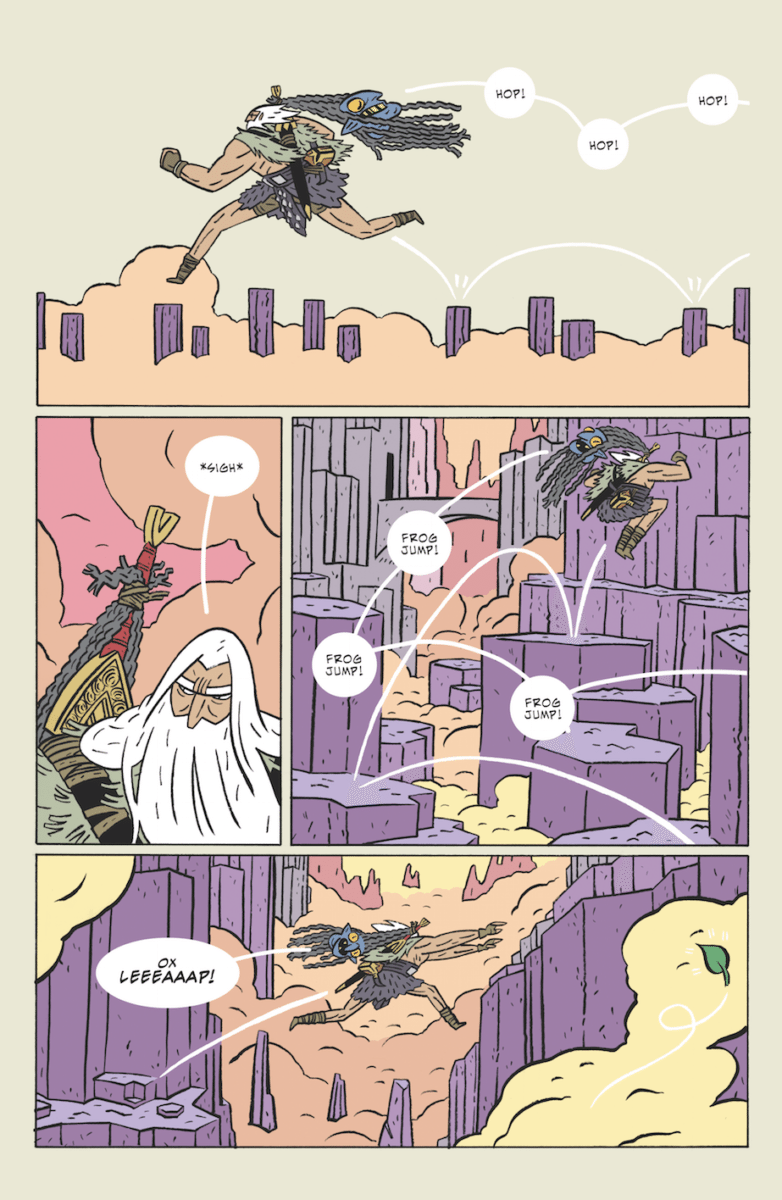 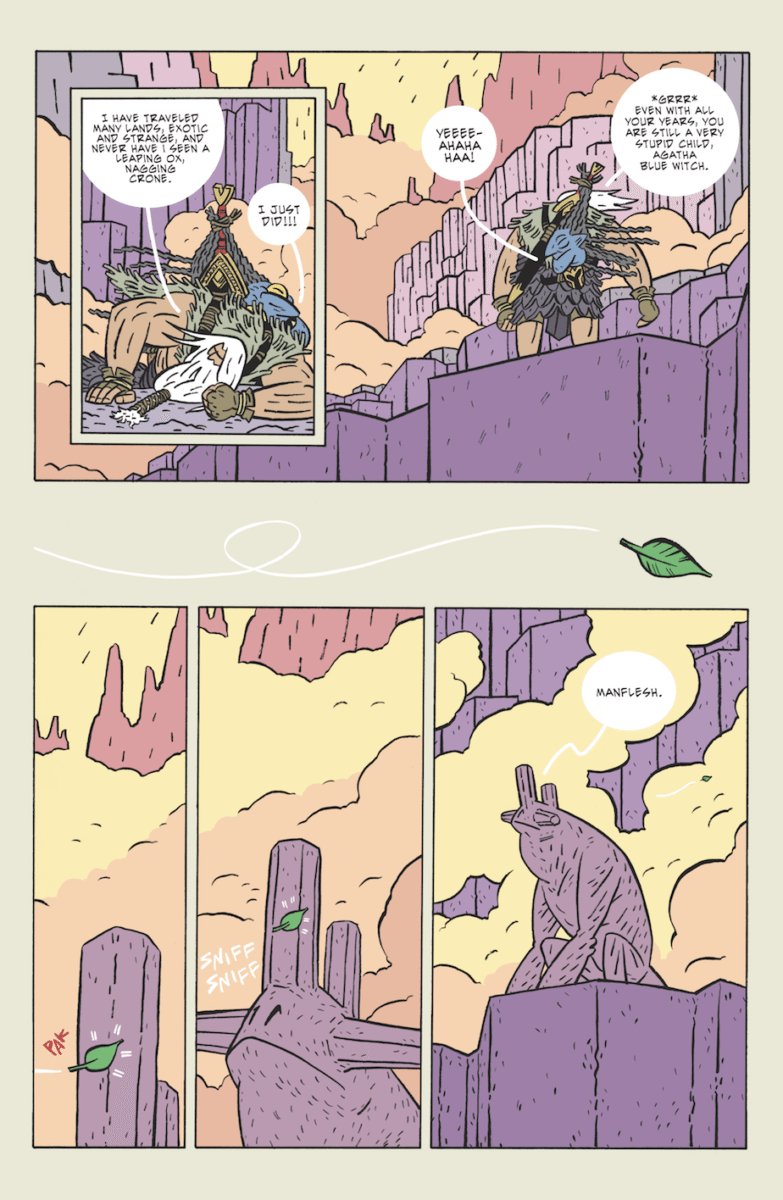 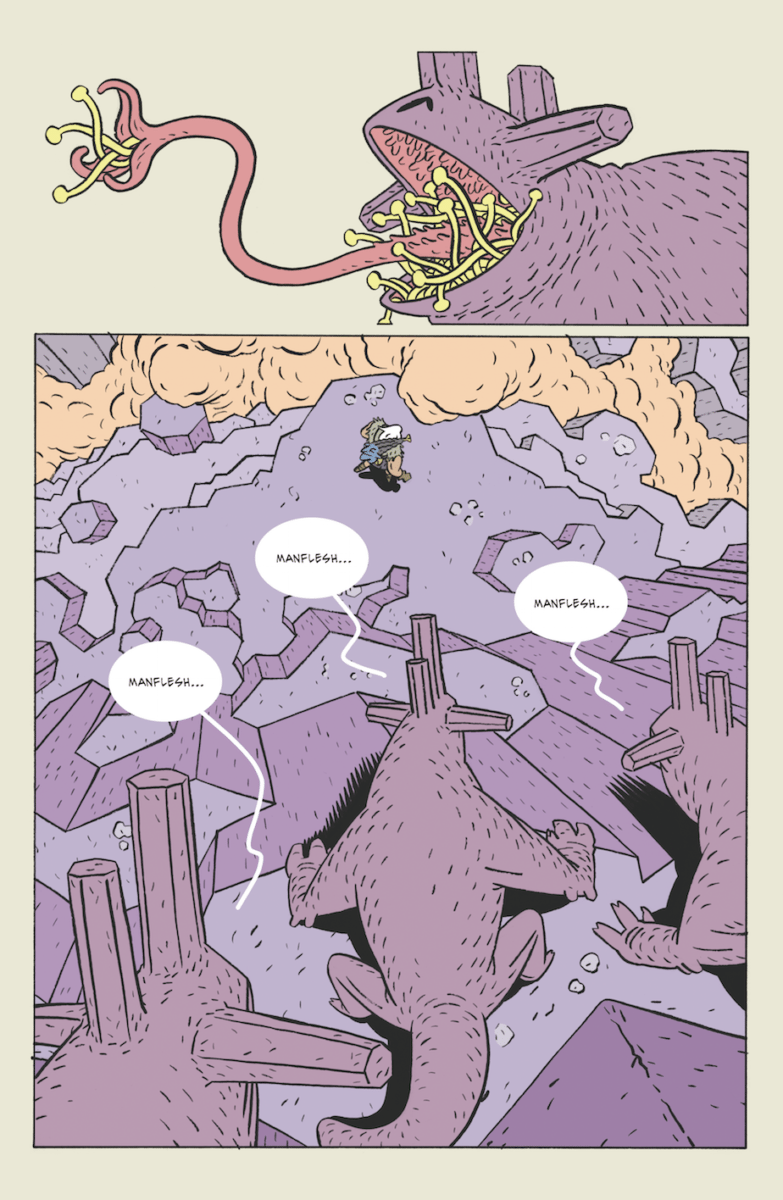 (Check out the rest here.)