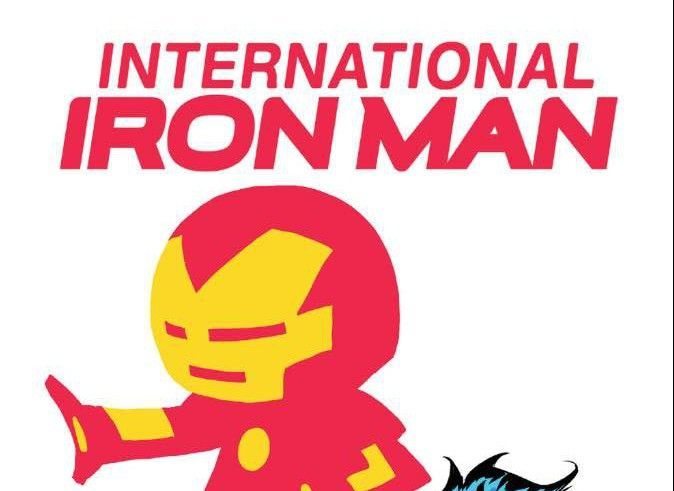 INTERNATIONAL IRON MAN #1 by Brian Michael Bendis and Alex Maleev is a conundrum. On one hand, it looks great and reads well. On the other, it holds back on the exciting moments in favor of taking up pages. The result is a fine comic with a few fun moments bogged down by unneeded plot elements.

READ: Like Bendis? Check out our review of his UNCANNY X-MEN series!

INTERNATIONAL IRON MAN is a new start for Tony Stark. The issue opens on Iron Man seemingly dead on the ground in front of what look like robotic Mindless Ones. The rest of the issue is a flashback to a girl he met in college, and the night he goes to dinner with her family. Sadly, that’s about it. The issue finally picks up steam in its final page when it reverts back to Tony’s present predicament. 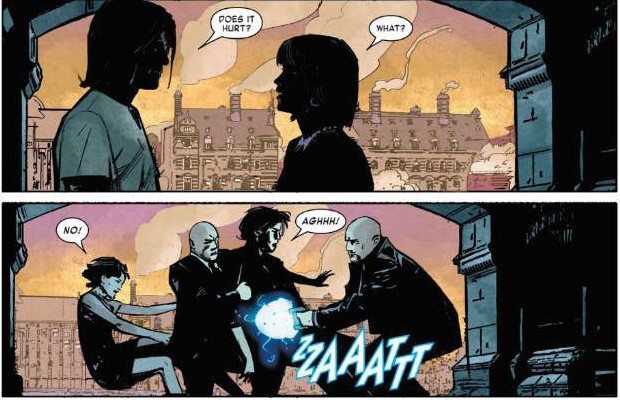 Brian Michael Bendis works against himself in a lot of ways here. While the story is well told, with great conversation between plenty of colorful characters, it never elevates beyond the dialogue. The interesting situation Tony is in on page one is never referenced again until the final page. The flashback is a slog at most times. It presents little new information and teeters around character moments that make it seem like the team is only trying to fill up space. Then, when the final “twist” is revealed on the last page, it seems so entirely out of left field that the rest of the issue feels strangely out of place. Is such a game-changing element really needed to change up Tony’s mythology?

These issues are evident throughout this story. However, it seems Bendis is playing the long con. A lot of these seeds and story elements will undoubtedly have an impact on the future of the book. Readers will likely look back on this first issue and revel in the serene college setting and character moments. For now, though, it serves little purpose in the way of progress. With the way the book was marketed, it really feels like it should have done more.

Artist, Alex Maleev, is no stranger to the writings of Brian Michael Bendis. Their former work together on DAREDEVIL is the stuff of legend. Here, it doesn’t seem to breathe life into the story like it did with Matt Murdock. The panels look great, some of the settings are cool, but there’s not much else. While Maleev’s grim and dirty style is a wonderful fit for a location like Hell’s Kitchen, here it feels like wasted potential. It fails to bring an added element to the story like so much of the duo’s former work. Some of the characters even look strange. For example, college-age Tony Stark looks an awful lot like Peter Parker. That being said, it is a good looking comic at the end of the day, even if the style doesn’t bring a whole lot more to the book. 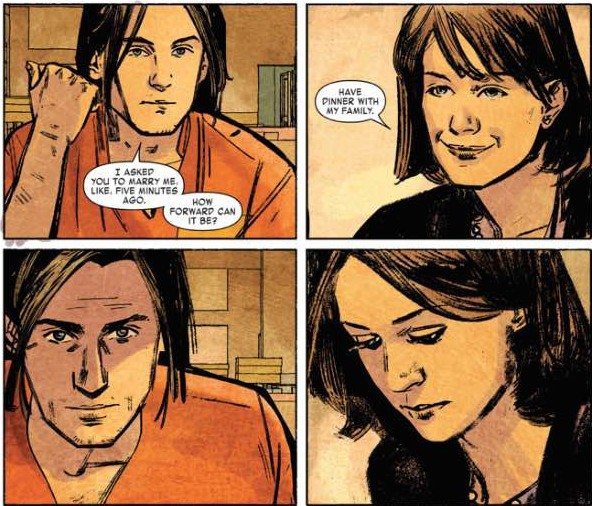 The future of this comic is something that many fans will be eager to see. The groundwork has been set for what could be a cool new twist on Tony’s mythology, even if it feels a little unneeded at times. Until then, Bendis, Maleev, and company need to offer a little more to serve such an exciting character justice.