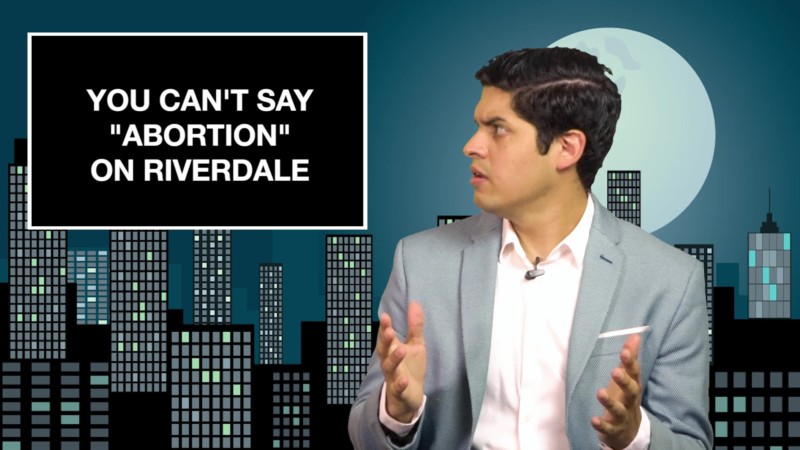 Welcome to another episode of Intellectual Property with Andrew Rivera. Your host, Andrew Rivera, will tackle problems that we at ComicsVerse see in the comic book movie and TV industry. This week we’re talking about CW’s hit show RIVERDALE and abortion.

CW’s newest show follows the lovable characters of the Archie comics universe in a dramatic tale of lies and deceit in RIVERDALE. After the mysterious death of Jason Blossom, the town of Riverdale goes into chaos as more secrets start to surface. As the relationships of the high schoolers develop, their parent’s pasts also come to light. Riverdale provides a solid twist to the world of the Archie comics but does have a major flaw in it’s writing. In episode eight it implied that Polly’s father wanted her to get an abortion, though the word is never used. In a story filled with murder, slut-shaming, and drug use, it’s hard to see why the show wouldn’t just say the word abortion.

Sexual education, even through a television plot point, should be able to show awareness to viewers. Riverdale fails to educate its audience on the topic of abortion by not using the word. In the United States, a negative stigma surrounds the procedure (to say the least). That being said, it remains important to teach people the consequences of unprotected sex and all the legal and available options to them afterward. Television networks should be more willing to discuss these topics so that a dialogue on abortion can be more open and honest. Doing this can help their young viewers learn about the something important rather than keeping them in the dark.

For more on Riverdale and the history of abortion check out episode three of Intellectual Property with Andrew Rivera.