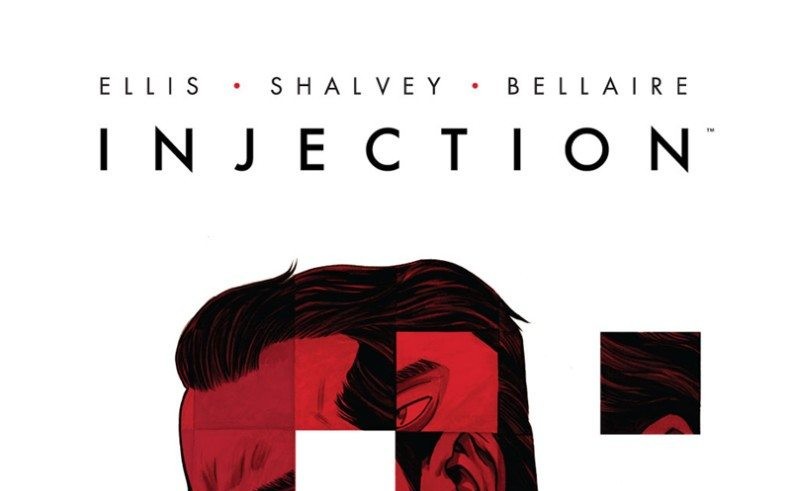 I read a lot of comics, an unhealthy amount of them (and I’m not looking for a cure). I go to my Local Comic Book Shop every Wednesday and get whatever grabs the eye, or whatever the recommendations are of the guys behind the counter (so far, they’re batting at 100% on that front). The biggest book out this week had to be SECRET WARS #9 and what an ending that was. Despite all the delays and such, it was a perfect ending to a good series.

So when I say that INJECTION #6 is better than a comic that ended and began the Marvel Universe, you better sit up and listen.

With INJECTION #6, a new story arc begins, and this issue deals with Vivek Headland who is, for want of a better title, a consulting detective. There is more than a hint of Sherlock Holmes about him, but he transcends that comparison quite quickly thanks to a witty script by Warren Ellis. The guts of the story is that Mr John Van Der Zee, a corporate giant, has come to Headland seeking help. The ghost of his dead wife’s mistress has disappeared, and he needs help locating her. Intrigued? It only gets better. 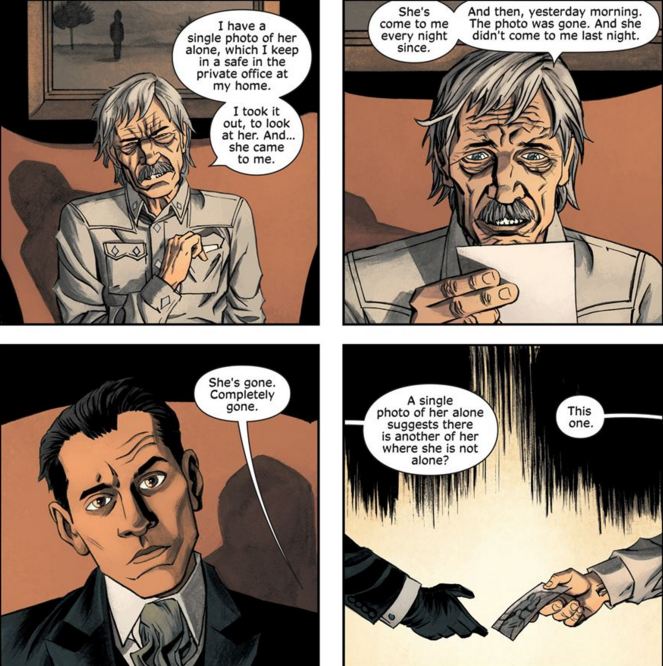 What Ellis does is create a story which creates two mysteries: one which seems like it will be core to the overall arc of this series, and another of character, Headland especially. Throughout this book, we are presented with clues and dialogue that makes little to no sense at the time but hits home later on. The character of Headland is complex, with a dry wit, an active and super intelligent mind, and a full, if somewhat gruesome, education of life.

READ: Warren Ellis finds the flaw in all things in our review of KARNAK #1!

But I can’t talk too much more about Ellis’s script without bringing onboard the art team that brought this issue to life: Declan Shalvey and Jordie Bellaire. Having attended a Q&A with Ellis and Shalvey in Dublin last year, and also getting the opportunity to talk (albeit briefly) at D.I.C.E. (Dublin International Comic Expo) with Declan about MOONKNIGHT, I can say for certain that this writer/artist/colorist partnership is full of hard work and trust. Ellis knows what he wants, but he also knows Shalvey can go above and beyond this. The artwork in this is strong. Each page serves a purpose. Everything feels organic and moves along at a good pace. Each panel captures a moment. We are briefly reminded without any dialogue that the Injection is part of Headland’s life, before we are brought on a brief tour of his lifestyle, and how he works. 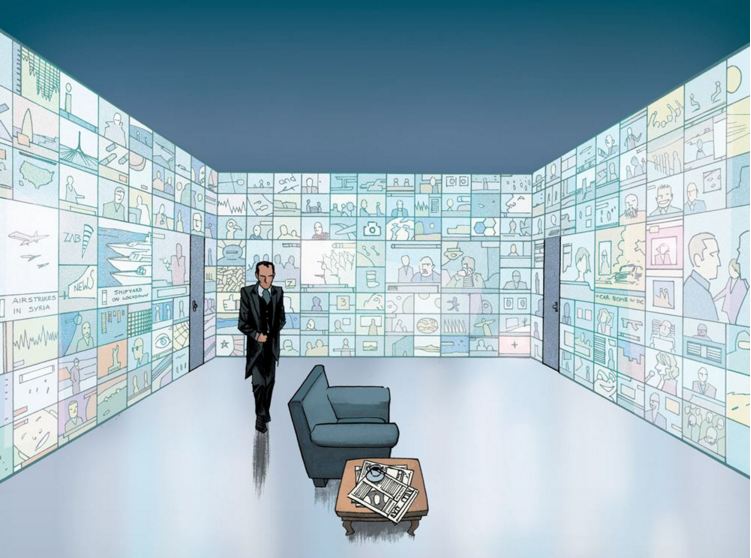 The Antechamber, wall to wall of television screens, is remarkable in its coldness (in part due to Bellaire’s striking use of color). The use of a map to show the extent of Headland’s working/living quarters is a stroke of genius, while the Human Room, where he meets his guests, feels both planned and cozy at the same time.

LISTEN: Declan Shalvey talks about his work including INJECTION in our ComicsVerse podcast!

Each movement of Headland is controlled and firm. Shalvey captures the character perfectly. But he also adds plenty of character to the supporting characters, especially Headlands’ staff.  The flashbacks in this issue are executed well. The use of coloring and framing brings you in and out of the past with a definite snap. It was a perfect combo of art, color, and writing, and gives you enough without spelling everything out for you. The use of red in one flashback is inspired, with a heady glow of fire and ashes adding the right amount of tension to the recruitment of Red, the butler.

The close-ups, the sense of movement, the use of grey colors that show us more than any words how Headland experienced his life, all just makes perfect sense in this issue. And the execution of that knife grab. It simply tells us that an adventure is about to begin and I couldn’t be more excited.

My only warning, and take of it what you will, is that if you ever meet Warren Ellis and he offers to make you a ham sandwich, it’s best to decline, just to be safe.

READ: Need to catch up on INJECTION? Read our review of issue 5 here!