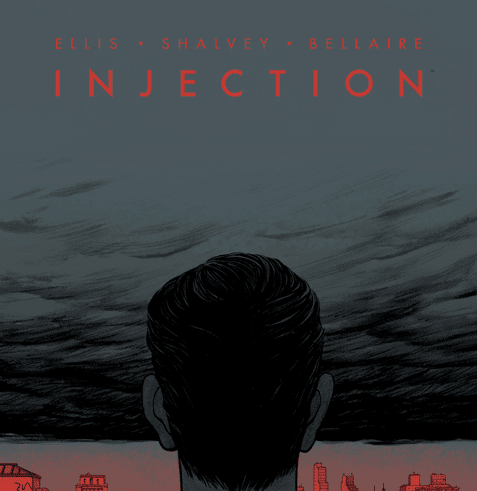 This series has been a slow burner from the beginning, but the story is now picking up steam and more pieces of the puzzle are giving a better overall display of what INJECTION as a whole has been trying to tell. With cerebral scripting from Warren Ellis, and outstanding artwork from Declan Shalvey, INJECTION #5 is another superbly crafted comic. 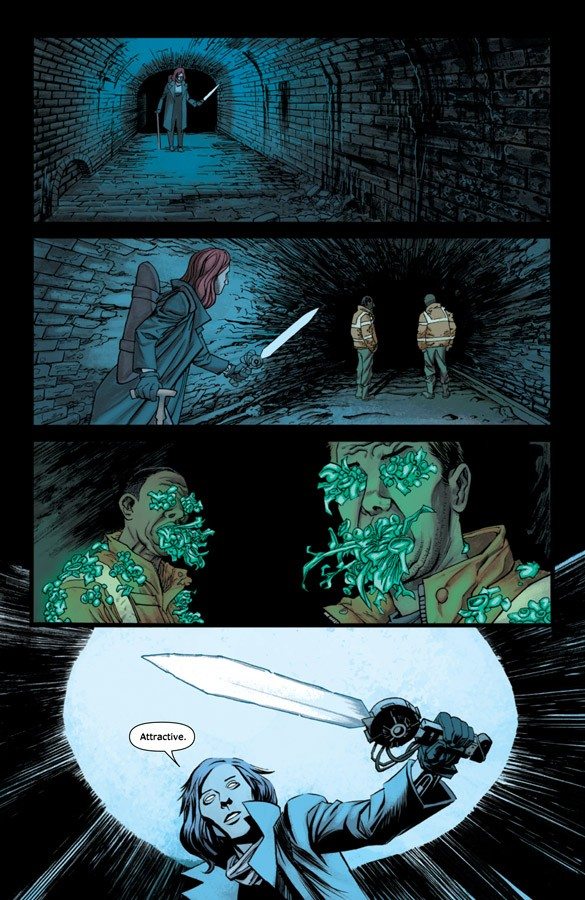 In the fifth issue of the INJECTION series, the book focuses on the concept of connecting the scientific and the magical in this world. Maria Kilbride must clean up the consequences of Injection and how it’s begun tampering with physics, in order to mimic the mystical. The entire issue moves from present to past and gives light on the process by which this new and advanced form of life was created.

Overall, this was another fantastic issue from Ellis and Shalvey. The story as a whole has been building up at the perfect pace, allowing for just enough information to seep through and withholding enough to create a desire for more. Ellis has found the perfect formula of using mystery and suspense, while not leaving out so much that a reader is simply lost. #5 is, as I said before, less of a mystery in comparison to the previous issues, but rather an increase in information, action and general pieces of the plot. You can only string readers along for enough time before they start getting too antsy, and Ellis has timed these books out perfectly.  Really, my only complaint would be that I’d like to know more about these characters, but in a way, that’s also a positive. Why? Because it’s just something else that Warren Ellis has done, to make me want more of INJECTION. 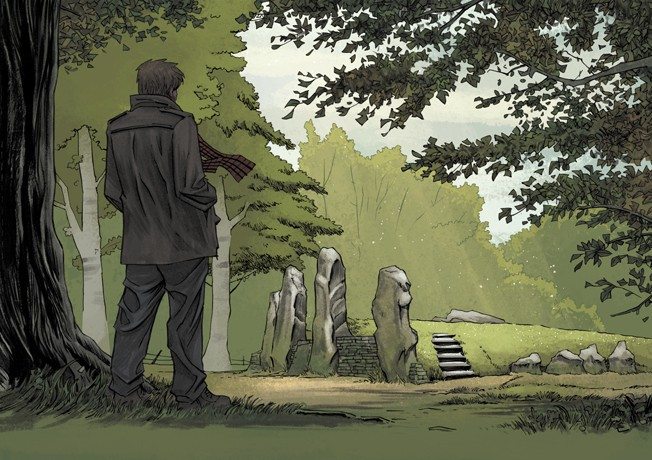 Of course, I couldn’t give a review of INJECTION without talking about Declan Shalvey’s artwork, which is always nothing less than mesmerizing. His ability to create impactful moments throughout the series, as well as creating such superb renditions of the supernatural, is always specular. Shalvey’s seems to always shine when it comes to create sequential pieces, related to the weird and unnatural, drawing scenes that are just plain eerie.

To conclude, you can chalk this issue up as another win for the duo of Ellis and Shalvey. Ellis has created a series the desire for more plot is always there. Then of course there is Shalvey’s artwork, which syncs up with the script beautifully and illustrates the story in a way that brings it to life. Everything from pacing to general plot elements is on point.