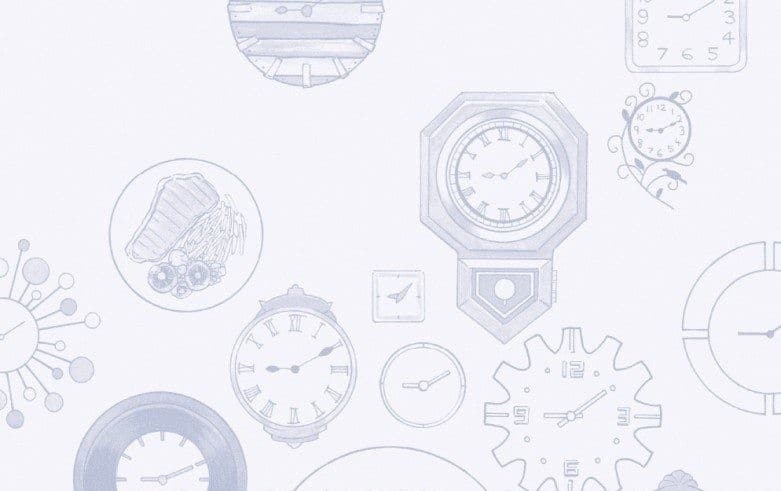 Four issues into Warren Ellis’ INJECTION and still very little has been revealed, in terms of the nature of this supernatural thriller, with the shroud of mystery only now being slightly unveiled, towards the folklore inspired aspects of the book. Ellis has done an excellent job thus far of keeping these issues vague and the reader curious, as to what exactly is possible in INJECTION and clarity towards the general weirdness throughout these issues. As well as revealing to what extent INJECTION’s technological capabilities can reach and how real the supernatural elements actual are, creating a maze of information and only bread crumbs towards truth.

HOW DID WE GET HERE? – A HISTORY OF FANDOM

Entering into this fourth issue, Ellis has finally begun to let us peek alittle more into the world of INJECTION, but in doing so, has only created more questions and intrigue into the direction of his story.  While Ellis opens up alittle towards the purpose of the “injection”, he stills leaves out a large portion of it its nature and relies on Maria Kilbride, to provide context of its effects. This is one of the moments where artist Declan Shalvey shines, capturing the weary nature of Kilbride physiologically, as well as physically. This issue is really focused on Kilbride, exploring a bit of her past in a very small dosage, but does present her motivation in this series, as a character seeking redemption and atonement.  Another plot piece heavy in INJECTION 4, is the nature of A.I and human consciousness used as a tool in evolution or as one character called it, putting “a ghost in Siri”. 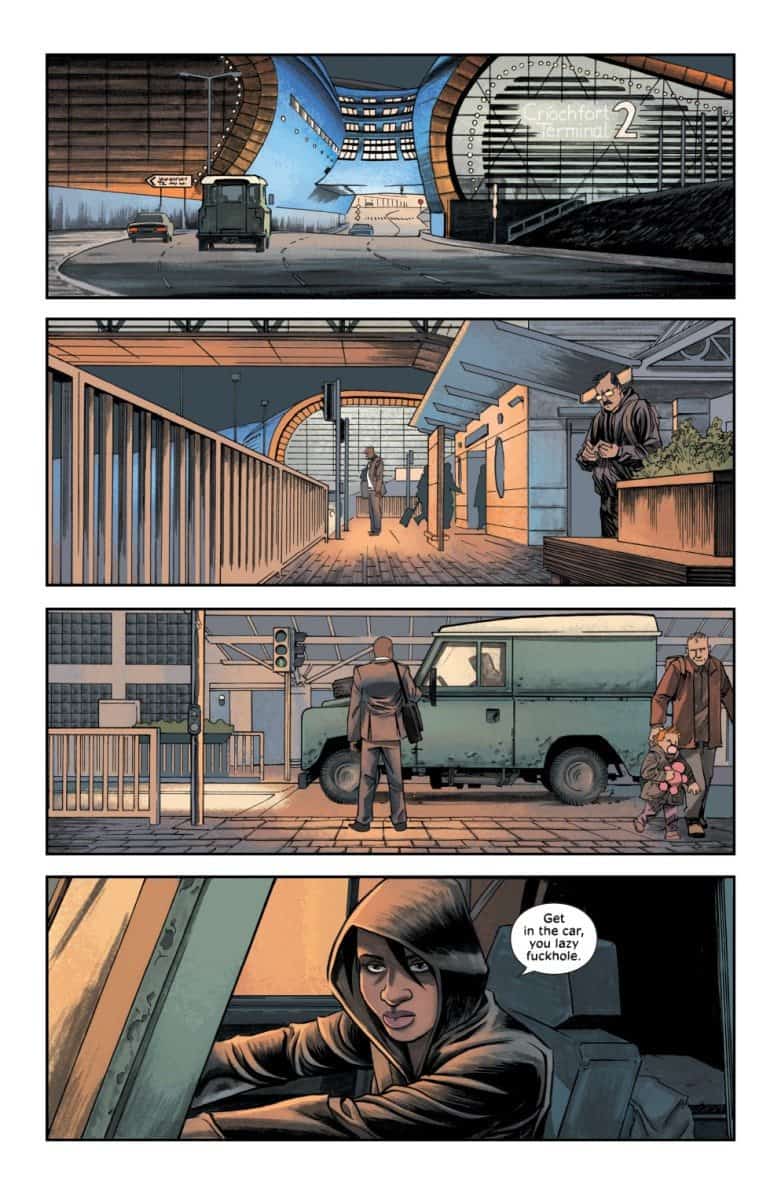 Overall, this was another wonderfully written issue by Warren Ellis. INJECTION is such a slow burner, every issue you crave more and more, but never get enough. Ellis is very much the drug dealer and INJECTION is the heroin, with this comic appropriately titled in more ways than one. These characters are unique, they are troubled and tired, but very little is ever revealed as to why, for now at least. Another huge sealing point of this series is the vague mystery towards the stories supernatural elements. Think True Detective season one, walking into the first episodes with no context. There is this air of mystery as to what is real and what isn’t, what can be achieved and what cannot. However, in issue four, we are finally given a slight taste that there is something very different going on in this world, but what, we don’t know yet.

As for the artwork, it was phenomenal with Declan Shalvey as the artist and Jordie Bellaire on colors. The whole reason I even began reading INJECTION in the first place, was because I was so impressed and blown away by the duo of Ellis and Shalvey on MOONKNIGHT, I bought INJECTION on this alone and they have not disappointed.   Shalvey does an amazing job of exuding the characters emotions in his artwork, as well as the nature of the story itself. He takes the script and completely makes it his own, while beautifully rendering the very nature of it, in every panel. Shalvey helps to give this story life and feeling, as we move smoothly through Ellis’ writing. I would also like to add the colorist Jordie Bellaire, does a superb job as well to add the needed tones, shading and perfect colors, that help give this story such life and power. 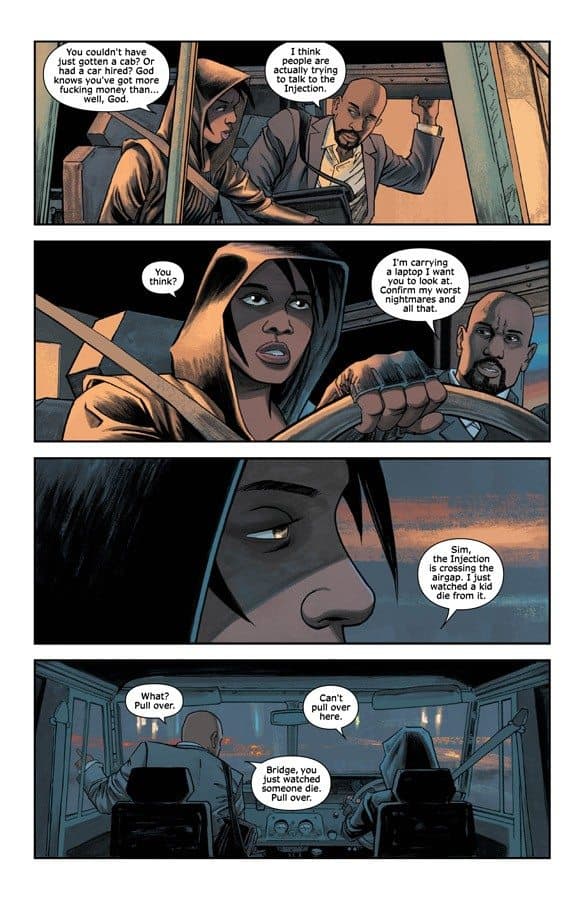 My conclusion? INJECTION is an amazing titles and series thus far, for anyone who loves the genre of thriller, mystery or the supernatural. And even if you don’t, it’s still a wildly entertaining series, with something new every issue. I honestly cannot wait to see how INJECTION unfolds and where the story goes. Anything with the names Ellis and Shalvey on the front, are an instant selling point for me.