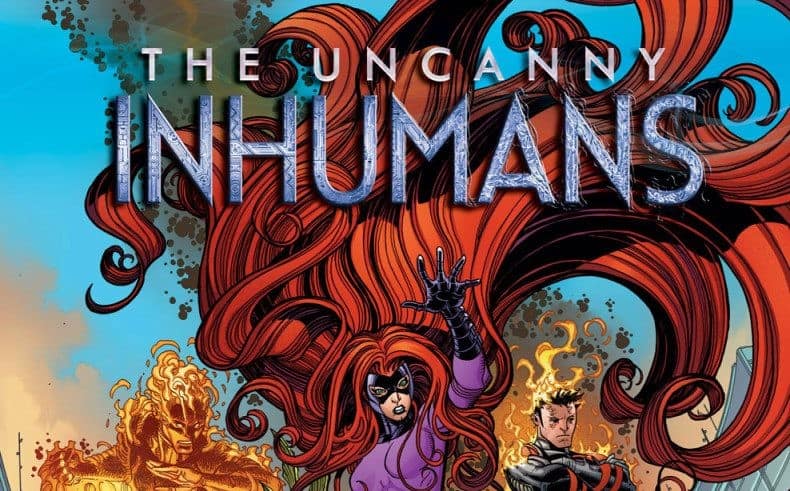 Why The Inhumans need a Human Torch on the Team

We have all been on teams at one point in our lives, whether it’s for work, school, or other group functions. There is usually one person on the team that at first sight does not fit the team’s style, but ends up offering a unique perspective. Sometimes that person is yourself, and you end up giving the group a greater insight. That is exactly who Johnny Storm is in the new series, Uncanny Inhumans.

Many have criticized the reveal of the Uncanny Inhumans team because of the appearance of two fire-based superheroes, one being the Nuhuman (it means New Inhuman) Dante Pertuz a.k.a. Inferno, and the previously mentioned Johnny Storm of the Fantastic Four. Why would a team need two superheroes of the same powers? Well, actually there are several reasons as to why, and I am here to guide you through them.

Dante is a Nuhuman that has had a lot of issues getting used to his powers. Of course, he is still new to his Terragenesis transformation, but it makes him a liability to the team. In the recent annual, Dante seems to ignite automatically when he is exerting himself and is high on adrenaline. It would not be an issue if he knew how to turn it off. He often needs someone to put him out, or he’ll just keep burning. Does this remind you of a young Johnny Storm? It should since when he first started out as the Human Torch he had the same problems. Having Johnny around will help Dante develop into the star Nuhuman that Charles Soule has been hinting at. He will be able to help Dante understand his powers and control them. Along with Dante getting a handle on his power, he will also start feeling a little more human. He will be able to go back to doing what he used to love, such as drumming without feeling he is going to bring the house down, literally. 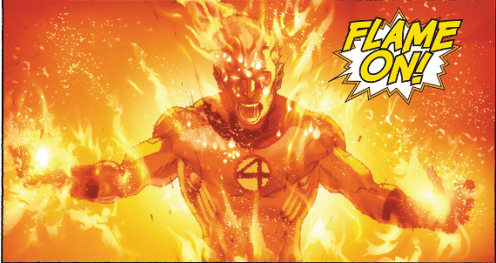 Johnny will not only help Dante feel more human, but he will also provide the Inhumans a human perspective. He could act as the human representative of the community. This is a concept that is the central basis of Uncanny Avengers. The team is made of up both humans and mutants that help convey a positive unity between two different species. The Inhumans are suffering from the same prejudice as the mutants. Their PR needs the help and Johnny’s presence on the team can do that. He will serve as the bridge for the humans to the Inhumans. No one is better for the job than him. The man loves attention and is great at talking up anything as he has been doing for years for the Fantastic Four.

I have been on board with the Inhuman since the relaunch, and we all should give it a try because they will be everywhere soon. Marvel is making the Inhumans a larger part to the Marvel universe. One of the breakout characters of the Marvel Now initiative, Kamala Khan a.k.a. Ms. Marvel, is an Inhuman herself. Also joining her as an Inhuman is the original Human Torch, Jim Hammond. As you can see, the Inhumans have been around but are starting to make their presence felt this year. Their influence has spread from the comic book pages to the big screen and television. The Inhuman movie is set to be released on July 12, 2019, which may have an impact on the future space universe movies, such as Guardians of the Galaxy and Captain Marvel.

On the smaller screen there is Agents of Shield, which has been giving us all the Inhuman back story we can want with Daisy Johnson/Skye (who is a great character before her TV reveal) being the focus of the Inhumans. The show is building on the tie-in to the movie and the comic if you read the annual. If this is not enough to bring you in what about the burning questions that is on everyone’s’ mind: How does Johnny get his powers back? and can Johnny’s presence be the opening to the return of some classic Inhumans such as Crystal? The answer lies with this new uncanny series. Only time will tell, but one thing is for sure: Johnny will be a welcoming sight to the series that will ignite the Inhuman movement. Hope you survive the experience!

Want to brush up on your comic book history? Click here for articles and blog posts!
For other reviews, including weekly video reviews, click here!