Lovecraftian horror is one of those fantastic niche genres where no matter how much I find, I can’t get enough. I’ve always found the eldritch gods and unknowable evils from the Cthulhu mythos to be as awe-inspiring as they are horrifying. Some games like Bloodbourne and Darkest Dungeon capitalize on this aesthetic, but in general the genre is underutilized. That’s why I jumped at the chance to read the premier issue of Scout Comics’ INFERNOCT — a story about a young woman and an old madman protecting their town from eldritch horrors. Written by Mina Elwell and illustrated by Eli Powell, INFERNOCT is like a darker Buffy the Vampire Slayer. With more gross demon lampreys and less pretty vampire boys, though.

The Monsters That Lurk Nearby

INFERNOCT follows Sam, a girl from the boonies who has just been hired to take care of an old man in a big spooky mansion. From the get go its obvious that the Old Man has seen some horrors in his time. A common theme in Lovecraftian horror is otherworldly beings that are so incomprehensible and terrifying that to gaze upon them is to become mad. The scene in which the Old Man sits silently surrounded by a room full of lamps is quintessentially Lovecraftian. Just as Sam loses her will to continue working at such a creepy place, she sees the aforementioned demon lamprey sucking on the Old Man’s back. I appreciate how quickly the first monster showed up. Occasionally it can take a long time for the spooks to start coming in Lovecraftian horror. I appreciate the pace of INFERNOCT’S plot. 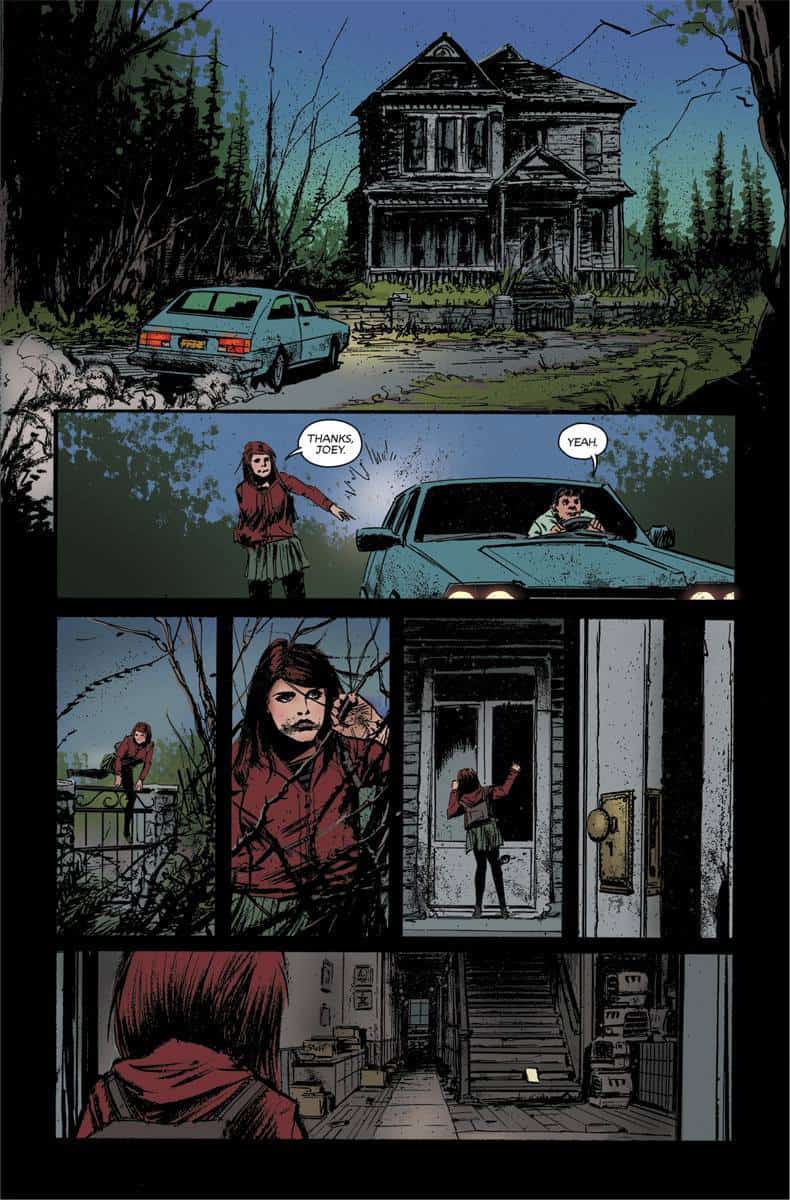 Despite the relatively short time we get to meet the characters in this first issue, each has a lot of personality. Sam makes a good brooding teenager, but I found myself really curious as to what happened to her. After all, her stoner friend Joey says she’s changed. The Old Man is also as compelling as he is mysterious. Despite only speaking at the end, his strung out and wounded appearance — along with his unsettling monster hunting costume — speaks volumes about his personality.

READ: Like horror? Check out this interview on RED CHRISTMAS!

The Old Man is particularly well executed in regards to visual story telling. Each piece of his appearance helps to establish his character without using any exposition. At the very beginning of the issue, we see an ominous character in a gas mask and a wide brimmed hat skulking around an infested parking garage. Later we are introduced separately to the Old Man — someone clearly not in the right mind. Sam thinks his back wounds are bed sores, but that seems suspicious. We then see him half dressed in the get-up from before, connecting some of the dots but not many. Finally, we get our answer when we see the evil leech sucking on his back. With minimal dialogue we get a firm sense of the Old Man’s monster hunting history. I can’t wait to find out more about him in the coming issues.

The art and aesthetic of INFERNOCT is top notch. The character designs are full of personality and the dark tone of the town complements them very well. The town contrasts especially well with the otherwordly visions and creatures Sam sees while she tries to protect the Old Man. I’m looking forward to seeing how Eli Powell brings more unknowable terrors to life in the rest of the series. 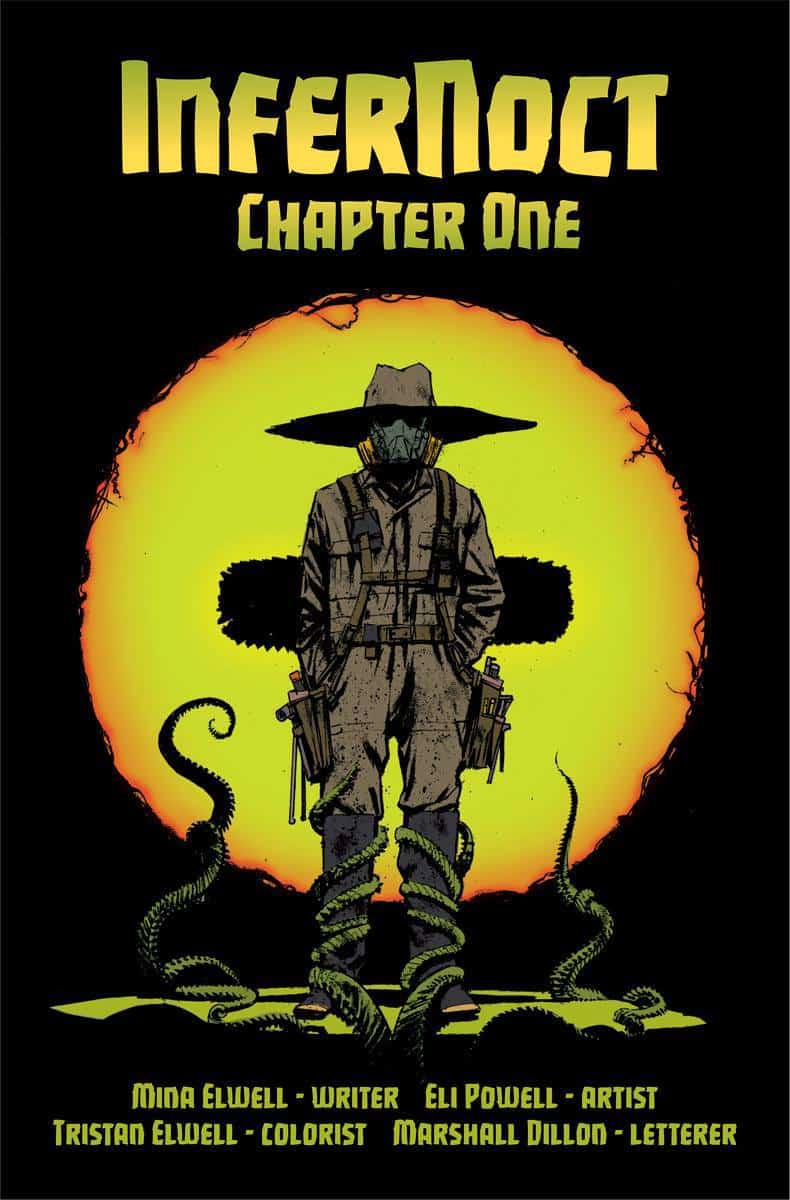 INFERNOCT is a great addition to the genre of Lovecraftian horror. With its themes that pay homage to the original short stories and art that can invoke unfathomable dread, this comic is gonna go places. You won’t regret giving it a chance!

INFERNOCT will be released October 25th. You can preorder it and INFERNOCT #2 at your local comic bookstore now!