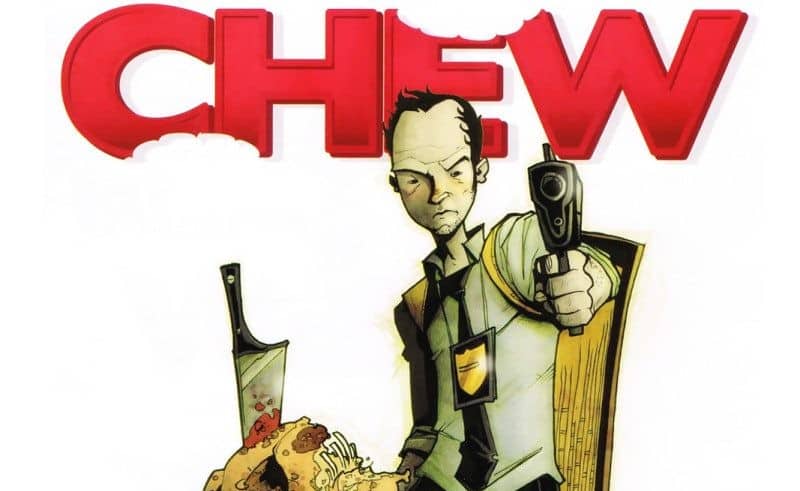 We welcome a guest blog post from Josh Speer, from the Operation Rainfall site, as he talks about his love of independent comics!

You may not know this about me, being my first blog on ComicsVerse and all, but I am a GIANT fan of comic books. Along with books and video games, they are three of my favorite forms of entertainment. I read all sorts of stuff, be it comedic, dark, horror, literary tomfoolery or even epic space odysseys. There is little I won’t read, just so long as I like the art and the story is compelling, be it from Marvel, DC or somebody else. But the other day, I was watching the first Hellboy movie for about the billionth time, and something occurred to me. As much as Marvel has dominated the movies and DC has taken over television, when it comes to graphic novels, I am much more of a independent fan. By which I generally mean something not mainstream, so no Marvel or DC allowed, but stuff more like Vertigo, Dark Horse, or even the occasional Skybound story. With that in mind, I thought I would tackle indie comics in my first blog here, and hash out what makes them so compelling to me!

To simplify things, I’m going to list a handful of indie titles that have caught my attention in the past year or two. First I will start with Locke and Key. Published by IDW and created by Joe Hill and illustrated by Gabriel Rodriguez, I had no idea what to expect with this title. All I knew is that it referenced Lovecraft in the first issue. I was quickly swept away by the dark and emotional visuals, and the spot on creepy and compelling writing. Leave it to the son of Stephen King to come up with something this deranged. A story where magical keys can be used to various effects, unlocking dark secrets and hidden powers, all in a story about a long buried evil slowly coming to the surface in a unsuspecting town. It may sound typical fare, but for a graphic novel, I assure you it is something remarkable. My only complaint with this one was that it was a limited series, so once the final curtain falls, everything is over. For better or worse. 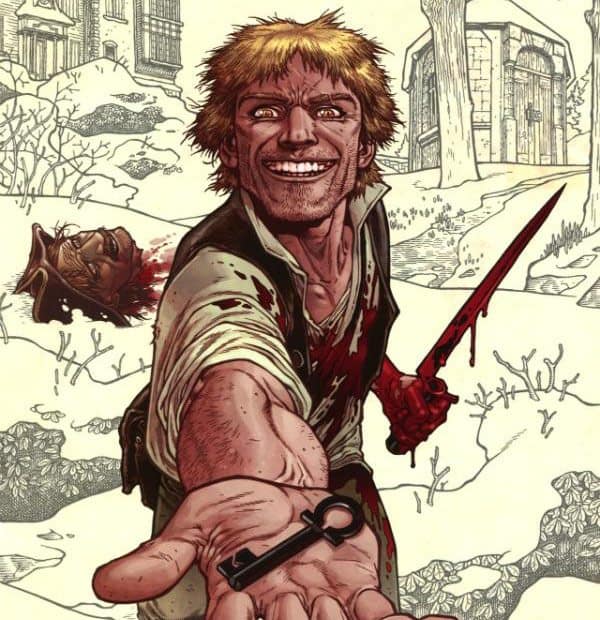 But horror isn’t all I gravitate to. Next up is a title that has easily become my favorite ongoing series in ages, published by Image no less. The reason that last bit is surprising is because, as a child of the 90s, I remember very clearly how repetitive and downright boring most Image comics had become by a certain point, more interested in the art than the storytelling. Imagine my surprise, then, when I was browsing the graphic novels at my favorite store and found something that looked utterly unlike any comic I’ve seen from Image before – Chew! Written by John Layman and drawn with a very quirky style by Rob Guillory, I wasn’t sure what made me pick up the first trade paperback. I wasn’t particularly impressed by the art, compared to the overly detailed, super dramatized stuff I expected from Image. Furthermore, I had never heard of John Layman. But luckily, I decided to give the series a whirl, and haven’t looked back since. Few comics are capable of alternating successfully between hilarity, horror and true emotion, while still focusing on super powered roosters, cyborgs and aliens and a food crisis exacerbated by foodies with superpowers. It sounds ridiculous, and it is, but somehow that only makes Chew more endearingly original. I can’t recommend it enough for those unfamiliar with the series. 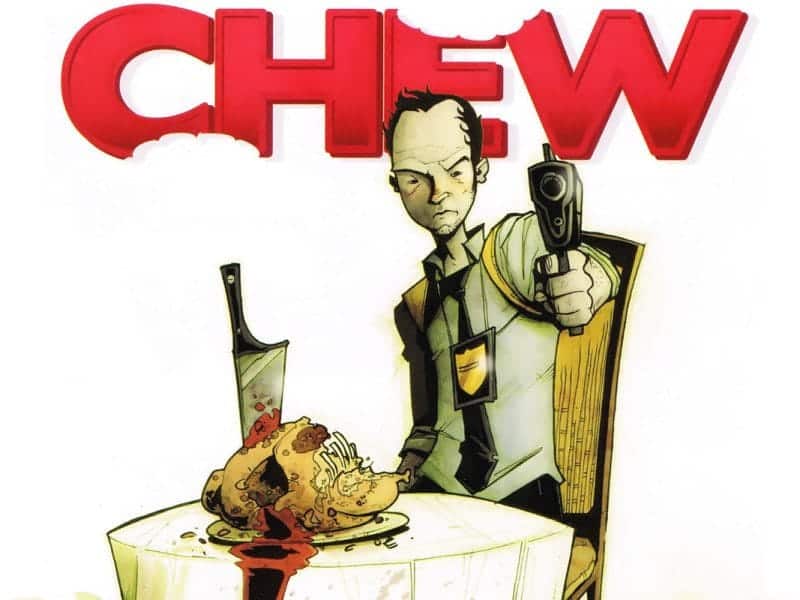 Last but not least, let me discuss another that skillfully bridges the gap between horror and humor – a Skybound imprint called Witch Doctor. Much like Locke and Key, this one also contends with dark demonic forces, and like Chew, it has loads of unexpected humor. Having said that, however, this is very much its own story. Witch Doctor tells a tale of one mans fight against the supernatural, in a world where every monster that lurks in the darkness is spawned from dead Lovecraftian gods who long ago crash landed on Earth. These are treated more like viral vectors and parasites than the standard Hollywood monsters, but that doesn’t make them any less frightening. In fact, Witch Doctor’s take on the standard vampire is downright terrifying, and nothing like any other vampire I have ever seen. And that’s only one monster this series tackles. It is all skillfully written by Brandon Seifert (who I actually met at a comic con a couple years back) and drawn by Lukas Ketner. I fervently am awaiting the further adventures of Doctor Morrow and Co., and hope to see the 3rd trade paperback in my neighborhood comic shop very soon. 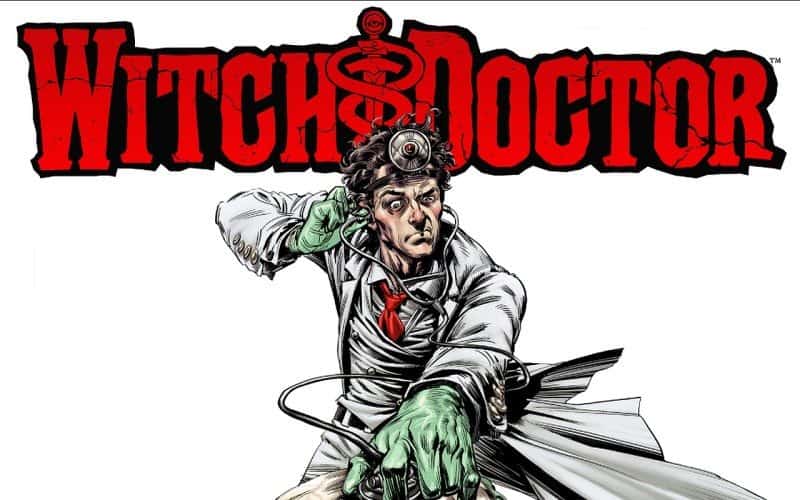 Now, having discussed three indie comics I am particularly invested in, I think I better understand the reason I am so moved and inspired by them. Put frankly, the indie scene is willing and able to take risks the big boys often won’t and generally don’t. There’s only so many times we can watch DC or Marvel reboot their universe before things get stale. Indie comics might not last as long, generally only a few years instead of decades, but I feel they burn all the brighter because of it. They are all invested in telling a particular story a particular way. There are definite risks because of this, and I would never go so far as to say all indie is good or all mainstream is bad, but overall I feel the risks make these stories worth reading. Nothing is as exciting as not knowing where a story is going, and being utterly surprised and challenged as a result.

Now, that’s my 10 cents about comics for now. I’ve also written an ongoing series on the other site I write for, Operation Rainfall, and that series is called Comic Crossroads. But if you want to read more about video games and anime, feel free to follow this link and check it out! And expect many more blogs from me to be featured on ComicsVerse in the near future!

Josh Speer is a resident of the Pacific Northwest. As such, he relishes the dark and damp, as it gives him ample occasion to ready comics and play video games on the sly. He joined Operation Rainfall a couple years ago after following their localization campaign on various websites, and gladly answered the call to arms when they needed new staff. He is passionate about all fandom, and loves to celebrate it by writing, reading and playing.