In honour of Independence Day, it seems appropriate to narrow my focus in on one of the super-heroes who seems to fit the theme – none other than Jubilation Lee, the mutant whose main powers are, quite simply, fireworks!  Most well-known to fans of the X-Men Animated Series, where she was a focal character through whom we met the X-Men, in my view one of Jubilee’s strongest times was in the GENERATION X book.  This ran from 1994 through to 2001, and is still fondly remembered by fans of younger mutants.

Jubilee started the series off as the most experienced of the team – a common phrase was “When I was with the X-Men…” This led to a great deal of conflict, as she genuinely believed herself to be the most experienced member of the team, and kind of thought she could take charge.  A personality clash with Monet (M) definitely didn’t encourage Monet to let Jubilee take charge!  In spite of this, as the series went on we saw Jubilee gradually step up as a leader. 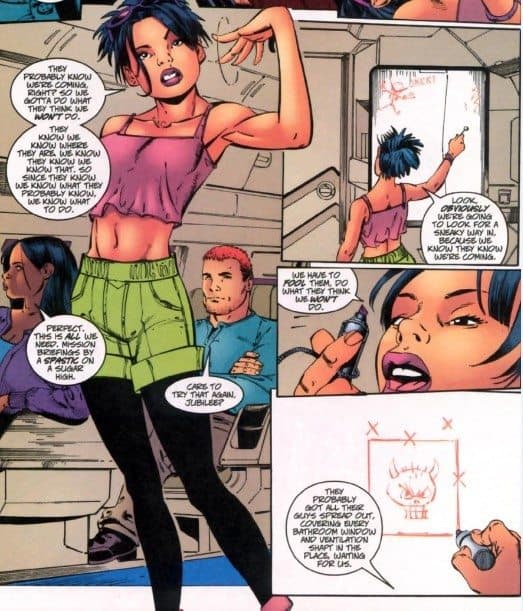 And no, Monet is hardly particularly politically correct…

The abiding impression you get is one of a kid trying to step up – one who genuinely wants to be the brave and bold one, and with the guts to do so.  A captive of Emplate, Jubilee launched a plan that essentially depended on nothing less than getting Emplate angry enough to feed on her! 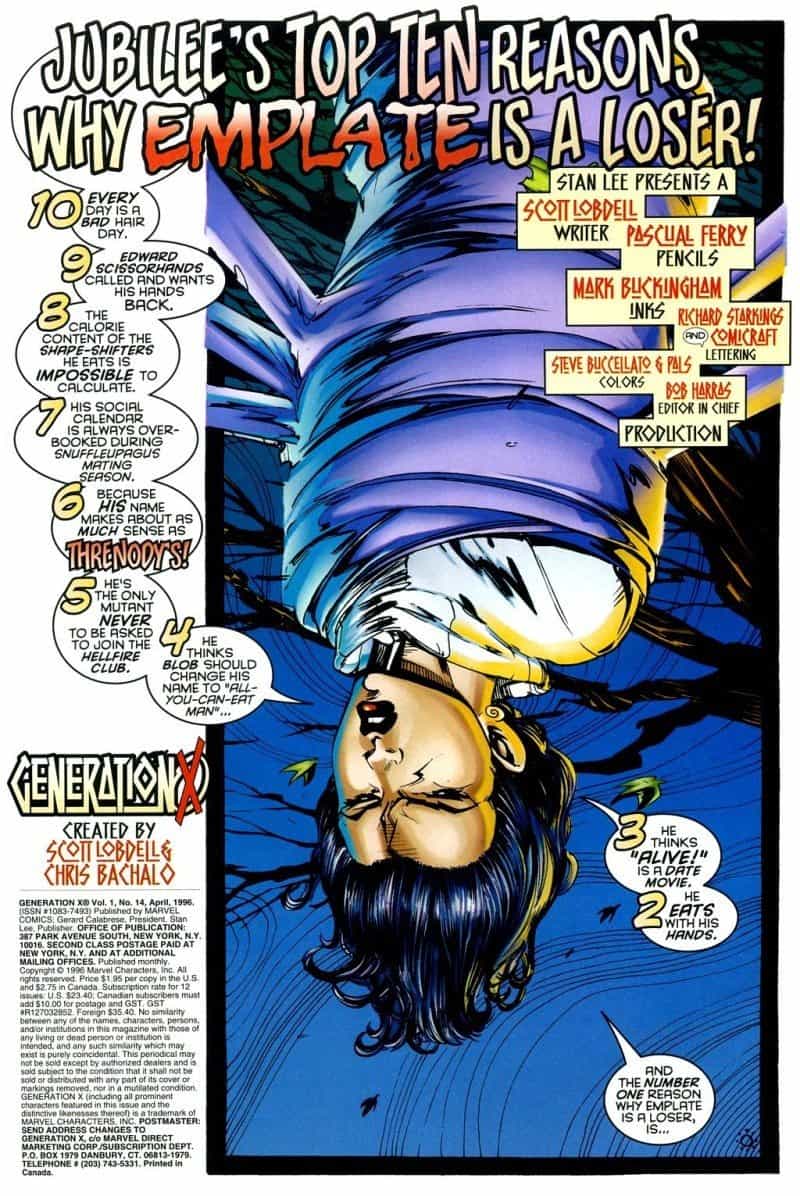 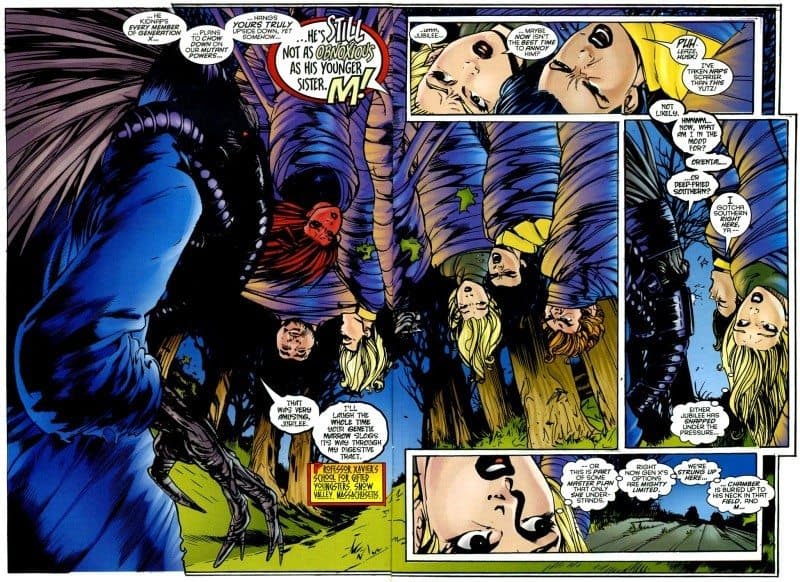 For all the sass, though, Jubilee’s heart is really what shows through.  As a prisoner of Bastion, she got her chance to escape, but wouldn’t do so at the cost of a life.  She later beat herself up for being unable to resist all of Bastion’s mental torture.  And when, in the 1999 annual, Jubilee tracked down the guy responsible for her parents’ deaths, she chose to let him live. 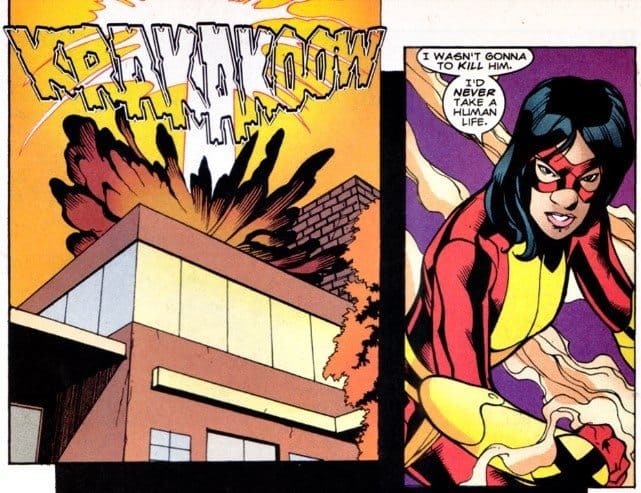 What was more, Jubilee began to mature in other ways.  Artistically, the artists began to treat her less as a young girl and more like a young woman: 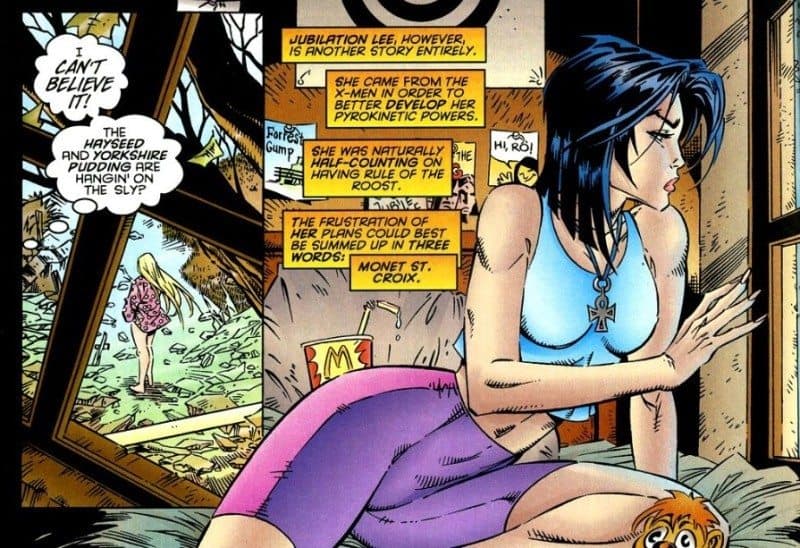 And what teenager doesn’t have a story involving unrequited love?  Poor Jubilee; Synch was more interested in Monet, and then was tragically killed.  In the DC VERSUS MARVEL event, set during the time Jubilee was with Generation X, she actually had a relationship with Robin! 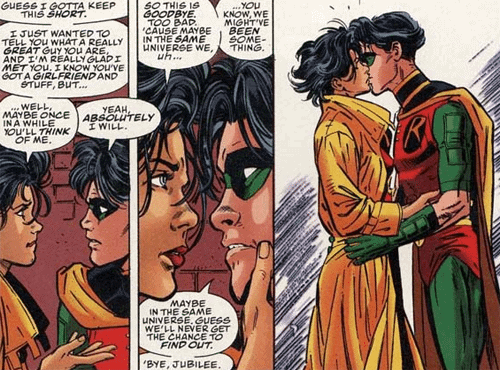 As a closing point, it’s pretty common to mock Jubilee’s powers – ignoring the fact that Emma believed her powers could develop to the ability to split atoms – but GENERATION X serves as a nice reminder that there’s more to Jubilee than just fireworks.  She’s a top-notch athlete – she was when she was first introduced by Chris Claremont, bounding over mall security guards with ease.  And that athleticism continued in the book. 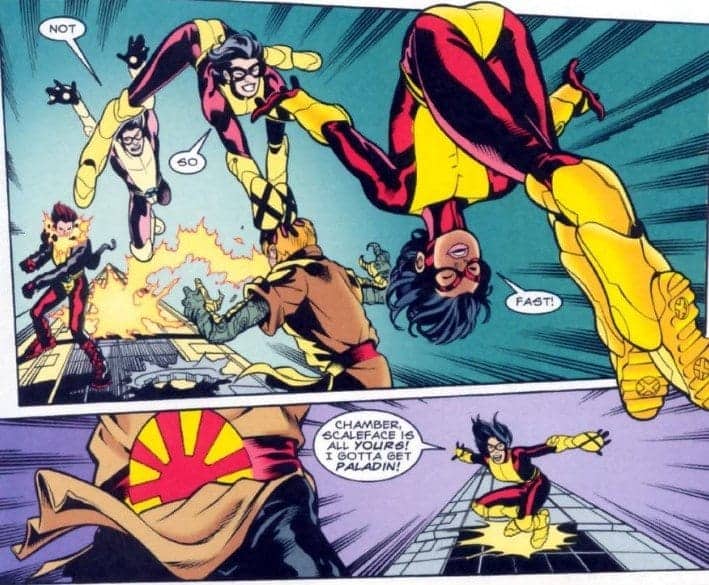 GENERATION X was a series that did a great job of fleshing out a group of young mutants.  Jubilee, in particular, shines brightly, and forms an emotional highlight of the series.  Unfortunately, with the end of GENERATION X she began to sink into the background; although there was a brief JUBILEE series, Jubilee became one of the casualties of the Decimation, and only returned to X-Men history in the “Curse of the Mutants” arc, where she became a vampire of all things.

But for now – let’s light up like the fourth of July!  Happy Independence Day, America!