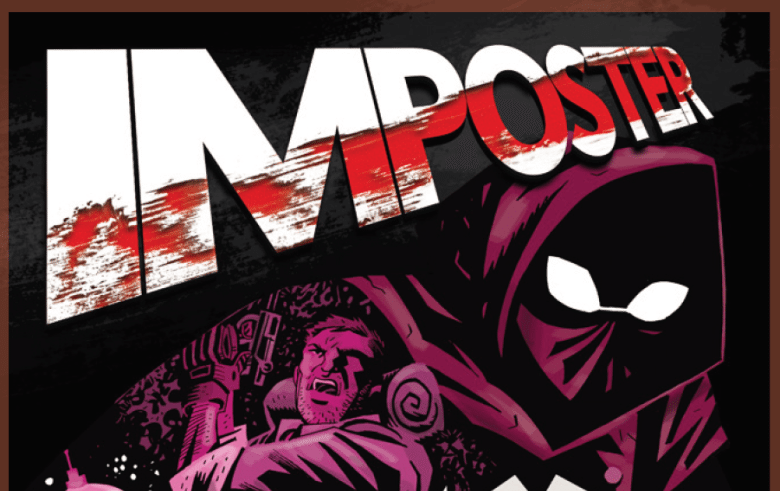 What if one man was every hero? That is the simple high concept question posed by the thoroughly enjoyable, albeit brief first issue of Imposter, written by James Patrick (Batman Confidential, Hero by Night) with art by Martin Szymanski from new publisher 21 Laps.

The books begins with billionaire Terry Forester doing battle as both Doctor Oculus, an inter-dimensional mystic type, and later as the Centipede, a beautifully drawn old school pulp hero. The Centipede’s partner on the police force is Hale Barker, an everyday cop and most likely the series’ eventual protagonist.

In a battle with the cleverly named Square Quadruplet gang, the Centipede is grievously wounded and reveals his secret identity to Barker not only as the Centipede, but as all of the world’s heroes: Doctor Oculus, Jungle Jack and Captain Apex. Before death, he requests Cale take on both his mission and his secret lair to become all the heroes of the Earth.

Syzmanski’s gloriously cartoony art shines in Imposter. This exaggerated style helps the book switch settings and heroes with ease, from the fantastical world  of Doctor Oculus to the 1940s Pulp world of the Centipede. Based on what happens in this issue, it’s more than likely we’ll see Hale do battle not only as Centipede but as Forester’s other heroic aliases, giving Syzmanski a huge playground of styles and environments.

The book’s pacing is one of its greatest strengths, leaving the reader left immediately wanting more. However, due to the book being a four issue miniseries, parts of this issue can feel like pure setup. Hopefully we’ll see a bit more investigation into Hale’s mindset at playing an Imposter. Although I don’t know if the execution will match the concept with the rest of the series, I’m definitely excited to find out.