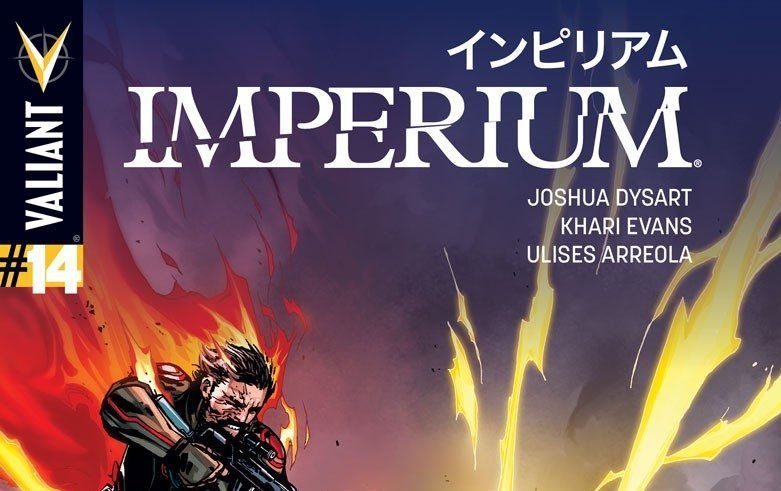 Valiant’s IMPERIUM #14 by Joshua Dysart and Khari Evans is an interesting ride to say the least. It starts immediately where last issue left off with Toyo Harada confronting Livewire above Earth. The reunion is short-lived, though, as Livewire is able to push Harada out of her mind and make a hasty action set piece of an escape. Afterwards, Livewire and the rest of Team Apex devise a plan to expose Harada’s “food and supply” shipment as a hoax to obtain technology from other countries. However, to keep things from being too easy, things don’t go according to plan. Team Apex soon realizes they’ve been duped, but make a quick recovery and swoop down for a battle with Harada’s team.

READ:Want to know what we thought of Valiant’s newest comic, ARCHER AND ARMSTRONG?

First and foremost, one of the strongest elements of this issue is Livewire. Dysart really gives her a lot to do this issue and it’s interesting to see what she does with it. Charlie Palmer may run Team Apex, but it’s Livewire that runs this issue. This is a blessing and a curse as getting to see more of Livewire is great, but it comes at the expense of the other characters. Since we get so much of her, the other characters feel pretty flat by comparison. Palmer’s not totally one-dimensional, but the other members of Team Apex and Harada’s team are pretty stiff. It feels like there are a lot of characters featured, but not a lot of substantial action for them. The plot feels unnecessarily large and busy, which in the end hurts some of the characterization elements. 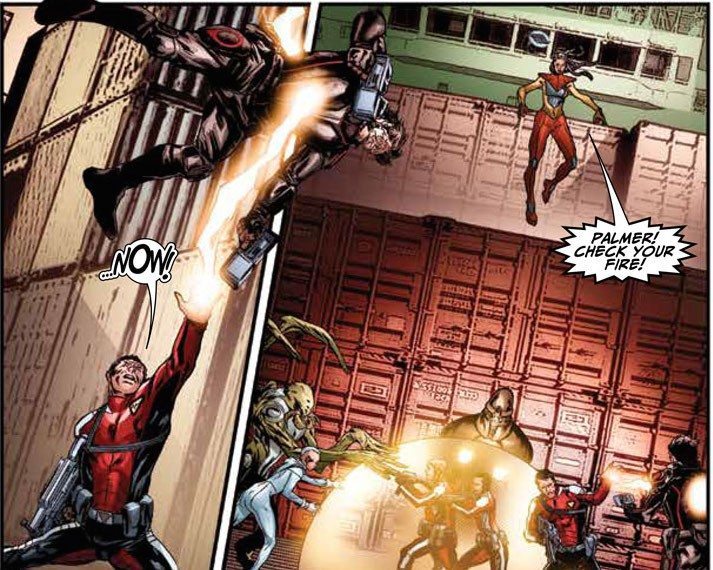 The art faces a similar problem. Just like the plot, the art feels a little overworked. Khari Evans is clearly a talented artist with a meticulous attention to detail. His soft-edged lines and busy designs give the art of IMPERIUM a bit of texture, which is nice to see. However, Evans actually struggles with the detail being in literally everything he draws, causing his work to overwhelm the eye. Every face looks like it has jumped onto the contouring bandwagon which works well in some panels, but is not needed for every panel. It leaves the art feeling technically strong, but ineffective as there is no focal point for the eye to be drawn to. It isn’t that the art itself is bad, per se, just not employed in the best of ways.

LISTEN: Got a minute? Don’t want to read? Sit back and listen to one of ComicsVerse’s podcasts!

But it’s not all bad. There is an interesting layering technique that Evans employs throughout the book, where he seems to layer actual photographs over his self-produced work. Unfortunately, rather than being used to great effect, it seems to be a case of style over substance. Still, the work itself is intriguing and certainly worth going back to see if you can tell where it’s all used. 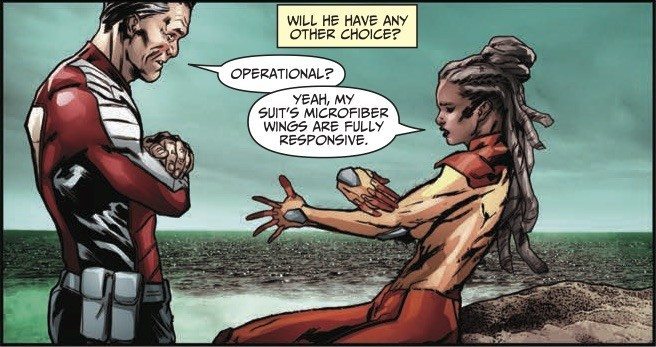 IMPERIUM #14 is by no means perfect, but it isn’t a bad issue. Altogether, some of the action is still pretty fun to read. On top of that, if one good thing comes out of the overly busy artwork, it’s that it gets you to take a moment to appreciate the great use of color throughout. It has some of the same super-saturated 80s schmaltz as David Bowie’s “Ashes to Ashes” video (a cosmically high praise), which sets the whole book somewhere between dated and timeless.

Not perfect, but not terrible, IMPERIUM #14 continues the story and and expands it. Sometimes it works, other times it doesn’t. At least Dysart and Evans are trying, though. The effort and care put into this book can be felt in each panel. Even if you don’t like this IMPERIUM, at least you can say that much.