We all know the old saying: Fool me once, shame on you. Fool me twice, shame on me. Every time a DCEU film drops a trailer, it garners a buzz reserved for the second coming of Christ. “This is going to be the one,” DC Comics fans declare as they drool over the sleek trailers decked out with bombastic action and a cool song — last time it was Bohemian Rhapsody, this time it was a cover of the Beatles’ “Come Together.” However, the pattern also dictates that the excitement from the trailer turns into disappointment once the movie hits theaters. This week the latest JUSTICE LEAGUE trailer dropped, and I’m approaching it with extreme caution.

It just seems like if it isn’t in THE DARK KNIGHT TRILOGY — and even that last film is in question — it isn’t good. GREEN LANTERN, which was supposed to kick off the DCEU, sucked so bad Warner Bros. cut it from DCEU canon. MAN OF STEEL got mixed reviews, BATMAN V. SUPERMAN was critically panned, and SUICIDE SQUAD was an incoherent snooze fest that is generic as bagged cereal. All of these movies had stellar trailers, and that’s why I’m not sipping the Kool-Aid this time. Before you claim I might be a Marvel fanboy, I will tell you that I thought the SPIDER-MAN HOMECOMING trailer was a weak effort that traded Spider-Man for Tony Stark. I root for all comic book movies; I’m only calling it how I see it because I don’t want to get my hopes up again and it’s tough not to.

READ: Want more trailer analysis? Check out what we think of the SPIDER-MAN: HOMECOMING trailer.

Nerd to Nerd? I’ll shoot you straight: I’ve been waiting for these movies since I was a kid and their success would only vindicate the amount of time I spent reading comic books and watching cartoons. It’s not that I flat out hate the DCEU films, why would anyone want something they love to suck? It’s just that I’m tired of my crappy relationship with the DCEU and Warner Bros. They’re like a sitcom deadbeat dad. Every time they disappoint me, they claim that things are going to be better next time. They tell me they’re going to straighten themselves out, get help, and they follow up on that for a bit. They get plans together, they get help, and for a moment it looks like they’ll finally do what they say they’re going to do. But somehow it all goes to hell. 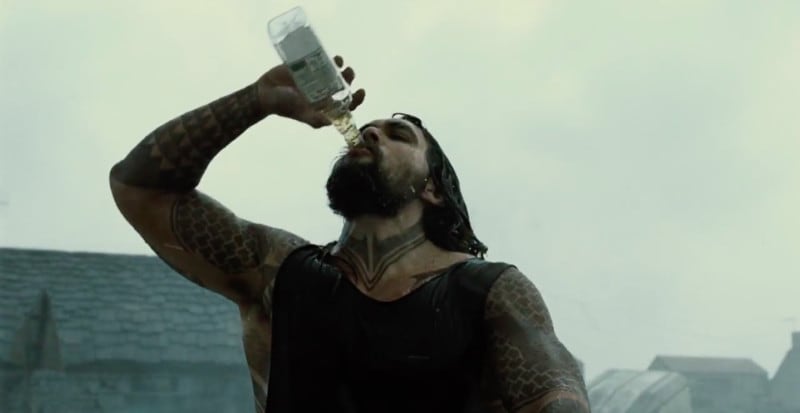 Warner Bros. gets negative feedback on BATMAN V. SUPERMAN, but they keep Zack Snyder for Justice League. They hire two directors for THE FLASH and lose them both. They announce they are going to shoot two Justice League movies in a row and cut it down to one. They hire Ben Affleck, who surprises and turns out to be possibly the greatest on-screen Batman ever, as the director/writer for the stand-alone Batman film and now he isn’t directing, writing, and possibly not even starring in it. Are you tired of this list? I am too, but there is more!

READ: Learn more about the possible future of the upcoming BATMAN film!

SUICIDE SQUAD is seen as a dumpster fire, and they’re still ready to roll out a sequel. Warner Bros. also signs on SUICIDE SQUAD director David Ayer to helm BIRDS OF PREY. Next, they announce a Nightwing movie and, most recently, a Batgirl movie with Joss Whedon attached, who knows how long that will last? It has become apparent that Warner Bros. doesn’t know what they’re doing with the DCEU and they are just reacting to what they think people want. They see people like the connective movie universe Marvel has built, so they start rushing to put their own universe together. Instead of giving us good movies that invest us in the characters, so we care about them when they fight, they focus on the greater franchise (which is one of the many things Marvel did wrong with IRON FIST in setting up THE DEFENDERS). So why is it that I’ve watched the JUSTICE LEAGUE trailer two dozen times?!

I’m going to avoid Cyborg criticism. The internet has handled the fact that he looks like 3D animation from the 1980s with great elegance. Plus, I know the movie doesn’t come out until November, and the special effects are probably not finished. Instead, I’m going to suggest that whoever cut this JUSTICE LEAGUE trailer together should work on the damn movie; it’s a tour de force. Granted, it has a lot less footage to balance, but the DCEU films don’t seem to know what to cut or keep. We get Superman and Lois in a bathtub, but the Steppenwolf/mother box scene gets cut? I don’t get it, but I do get everything I want out of this JUSTICE LEAGUE trailer. Batman is cracking jokes, Aquaman is a badass and possibly an alcoholic, Wonder Woman appears to be the leader of the Justice League, which why the hell not? She’s the only one with military training. Flash is trailing lightning when he runs, Jim Gordon alludes to Robin, and OH MY GOD PARADEMONS.  All this goodness and because of the inconsistencies of the previous films, I can’t enjoy the JUSTICE LEAGUE trailer. I’ve become jaded.

We’ll have to wait until November to see if JUSTICE LEAGUE is any good. We might have an indication when WONDER WOMAN — which has splendid trailers too — releases in June. I should be excited but I’m not, and you know what the worst part of all this is? It doesn’t matter because come June and November I will plant my ass in a seat at a movie theater. I will have popcorn in my lap and soda in my cup holder, and I will sit there and take it. You might even be sitting next to me when it happens. Unlike Gwen Stefani, I am a Hollaback Girl, and Warner Bros. knows it. Maybe they prey on our hope, you know, like villains.