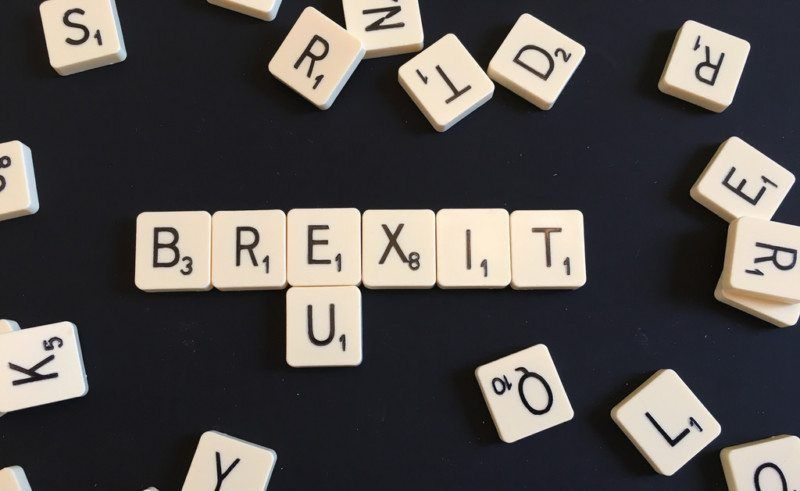 Late last Friday, in a shared taxi from Manhattan to Brooklyn, I started talking to the other passenger. “Oh, you’re British,” he said. I nodded hesitantly, knowing exactly what was to come next: “So… Brexit, huh?”

As a Brit currently in New York, Brexit – to quote Arwa Mahdawi – “has felt like having a very public, but sort of embarrassing, death in the extended family.” Brexit has become shorthand for: “Hi, how are you? Sorry your country failed.”

The favourite follow-up question is always the same too. In a voice of combined confusion and curiosity, I’m asked: “How did that happen?” In the same confused voice I give the best response I can: “I don’t know.”

READ: Like Politics? Check out Superdelegates: Defenders of Democracy!

The confusion is not limited to those outside the U.K. either. The truth is that it seems no one is quite sure how Britain chose Brexit.  On June 24th, the morning that the result was clear, I spoke to a number of family and friends back in Britain. Our conversations were very simple. “How?” echoed rhetorically back and forth between phones. No one had the answer.

Us ‘remainers’ were always aware of the very vocal advocates of Brexit. The ‘Ukippers’, the eccentric supporters and members of the anti-EU United Kingdom Independence Party (UKIP), have never been known for their tact or adroitness. These are the kind of people who wear Union Jack patterned suits, say ‘God Save the Queen’ at the end of a speech, believe the British Empire was the best thing to happen to the world, argue that Churchill is the greatest man in all of history, and see no issue with referring to Africa as ‘Bongo Bongo Land’.

With more political gaffes than Trump could dream of, UKIP has been its own worst enemy. It would take a lifetime to list all their faux pas. From one of their councillors declaring she has a “problem with people with negroid features” to another councillor blaming floods on the legalisation of gay marriage; remainers thought that these characters accurately represented those who were anti-EU. To us, UKIP was a party of “Fruitcakes, loonies and closet racists” as David Cameron once labeled them.

But branding everyone who is anti-EU as anomalies and not worth our time is exactly how it came as such a surprise to everyone who voted remain, that 52% of the population voted leave.

Until 2013, UKIP really wasn’t much of a concern to the main political parties or press. Then unexpectedly, they won 22% of the vote in the local elections – increasing their number of seats from 8 to 147.

READ: The Power Game: How the Republicans Handed Obama Victory!

However, this wasn’t really enough for anyone to pay attention to. It’s well known in Britain that people always vote differently in local elections. Green, single-issue, and nationalist candidates always do better locally compared to national elections. UKIP’s success was shrugged off as another instance of this. A little blip on the election cycle but nothing to bother paying attention to. There was no UKIP Prime Minister on the horizon, so the press and mainstream politicians carried on as usual.

What the establishment, consisting of the mainstream political parties and mainstream press, failed to recognize was that UKIP was tapping into something unseen. Sections of society who had felt ignored, betrayed, and forgotten for decades finally had a party which spoke to their issues. UKIP didn’t appear as a party of privately educated, posh-sounding, former lawyers, bankers, and businessmen. They were relatable and accessible. The party for ‘real people’, as their leader Nigel Farage would constantly remind us. UKIP addressed the issues which other parties refused to talk about; Immigration, EU laws, erosion of a ‘British’ culture. UKIP found those who felt ostracized by Westminster and told them what was taking the ‘Great’ out of Great Britain: The EU.

In 2013 however, despite UKIP’s success in the local elections, Westminster was still safely in the hands of the establishment. The Labour Party was complacent, believing its traditional working class base would never vote against them in a national election. The Conservative Party was contented, believing its base would not switch allegiance to a party who they thought had very little to offer.

The next test of UKIP’s strength was the 2014 European Parliament election. UKIP won a resounding victory and with 26.6% of the popular vote, they claimed 24 of the 73 seats up for grabs. Suddenly UKIP, and their anti-EU rhetoric, was a political force on the continental level.

“Finally!” thought UKIP, “We have caused a political earthquake! Westminster will tremble as we march towards the General Election!” And for the first time, Westminster listened.

4 months later the MP for Clacton (a small constituency 80 miles east of London), Douglas Carswell, defected from the Conservative Party to UKIP, triggering a by-election – an election held to fill a position which has become vacant between general elections. This was UKIP’s first real opportunity to break into the House of Commons. On October 9th, 2014, the election was held. As the votes were counted, everyone waited with bated breath.

Carswell won. With the second biggest swing in British parliamentary history, UKIP had won a seat in Westminster. Since 1868 Clacton had been held by one of the three major parties. Now the constituency had been won by a party who everyone thought was a collection of eccentrics at best and racists at worst.

The communities left behind by the establishment now had a voice. For decades they had been discarded as bigots, racists, and xenophobes, people too uneducated to understand the complexities of government. No one thought they could make a dent in Westminster and actually be a player on the political stage.  The establishment continuously ignoring UKIP had only proved UKIP right. Every time communities were told their concerns about immigration were ill-founded, it reinforced the idea that they were not being listened to. When UKIP supporters were told that EU laws exist for their own good, despite what they believe, it  just reinforced the idea that no one cares what they think.

Now, with Carswell’s victory, those who felt left behind finally had a chance to stand up to the Westminster elite.

In the build-up to one of the most tightly contested general elections in decades, the Conservatives and Labour both bowed to the pressure of UKIP. Both parties advocated tighter immigration controls. Few would speak of the EU as being a good thing. The most positive message about the EU was that it would be better to change it from the inside—never that it was good in its current incarnation.  The most startling promise, however, came from the Conservative Prime Minister David Cameron, hoping to secure his chances of re-election: a national referendum on EU membership would be held if the Conservatives won a majority at the next general election.

UKIP won 12.6% of the vote. Sure, it wasn’t as high as the local or European elections, but voters always vote conservatively in the General Election. Nonetheless they still received the third highest amount of votes. If MPs were elected proportionally to the popular vote they would have secured 83 seats and been a sizable force within parliament. Instead, they retained just the one seat they already had.

To UKIP voters this was grossly unjust. It wasn’t just the politicians and the press who discarded them, it was the very system itself. No matter what they did, nothing could make their voices be heard.

UKIP, immigration, and the EU had been at the forefront of the political discourse in the run-up to the election. As soon as the results were in they were sent back to the fringe. They were not a threat anymore, so they weren’t discussed anymore. It was another instance of UKIP being continually ignored by the mainstream press and by the mainstream politicians.

DISCOVER: Turn your Slacktivism into Activism!

But the general election did give them some voice. The Conservatives had won a majority, and Cameron had promised a referendum. This was their chance to be heard and to have an impact in national politics, to finally stand up to the establishment. Support for UKIP wasn’t simply support for UKIP —it was opposition to the establishment. A vote to leave the EU wasn’t simply a vote to leave the EU, it was a vote against the elite who had not taken notice of anyone but themselves.

The total shock and surprise of Brexit amongst remainers is almost the perfect manifestation of why leavers voted leave. Our ignorance of this angst, betrayal, disillusionment, and disenfranchisement throughout the country is why so many felt such angst, betrayal, disillusionment, and disenfranchisement. We had not listened; instead we labeled anyone who was anti-EU as ignorant and xenophobic. The 52% who voted leave did not appear overnight. Looking at just the voting patterns of the last 3 years we can see how this movement has grown, and how they were continually ignored.

It should come as no surprise that when given the opportunity to vote on a single issue, framed as the people vs. the elites, 17.4 million people chose Brexit.

Thinking back to that conversation in the taxi, I realize that “I don’t know” is almost the answer, but not quite. How did Brexit happen? The answer: We didn’t know. We didn’t know about how people really felt. When we were given an opportunity to listen, we chose not to. If they disagreed with us, it was because they didn’t understand. We didn’t care because their problems didn’t affect us, the politicians, or the press.

The remain side loves to accuse the leave side of ignorance. Maybe they’re right. But maybe, it was the remainers’ ignorance of everyone else which made Britain choose Brexit.