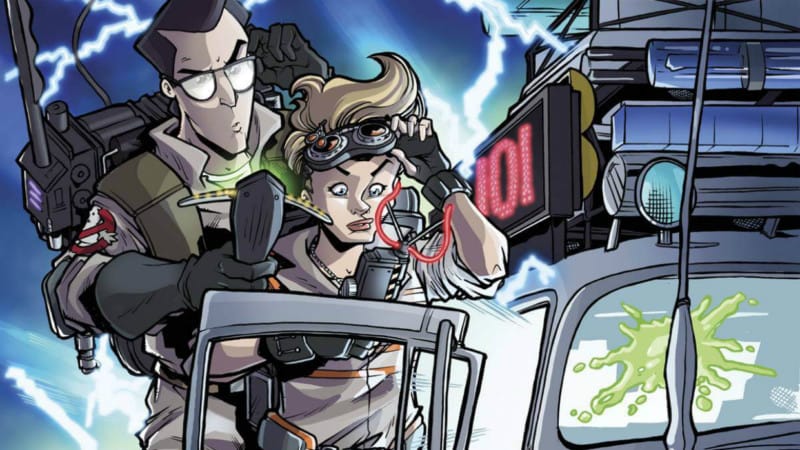 Adaptations are difficult by nature. On the one hand, you have to respect the source material and the fan base that comes with it. On the other hand, you can’t be a slave to the source material. Until GHOSTBUSTERS 101, I had always retained the greatest adaptation of GHOSTBUSTERS was Nintendo Gamecube’s LUIGI’S MANSION. While Nintendo’s Shigeru Miyamoto claims the film did not inspire the game, the many similarities between the two suggest otherwise. Among many other similarities, Luigi uses the Poltergust 3000, a device created by an eccentric scientist, to capture ghosts. At the time of the game’s release in 2001, no one was  thinking about GHOSTBUSTERS, so the game served as a nice, if unintentional, tribute. 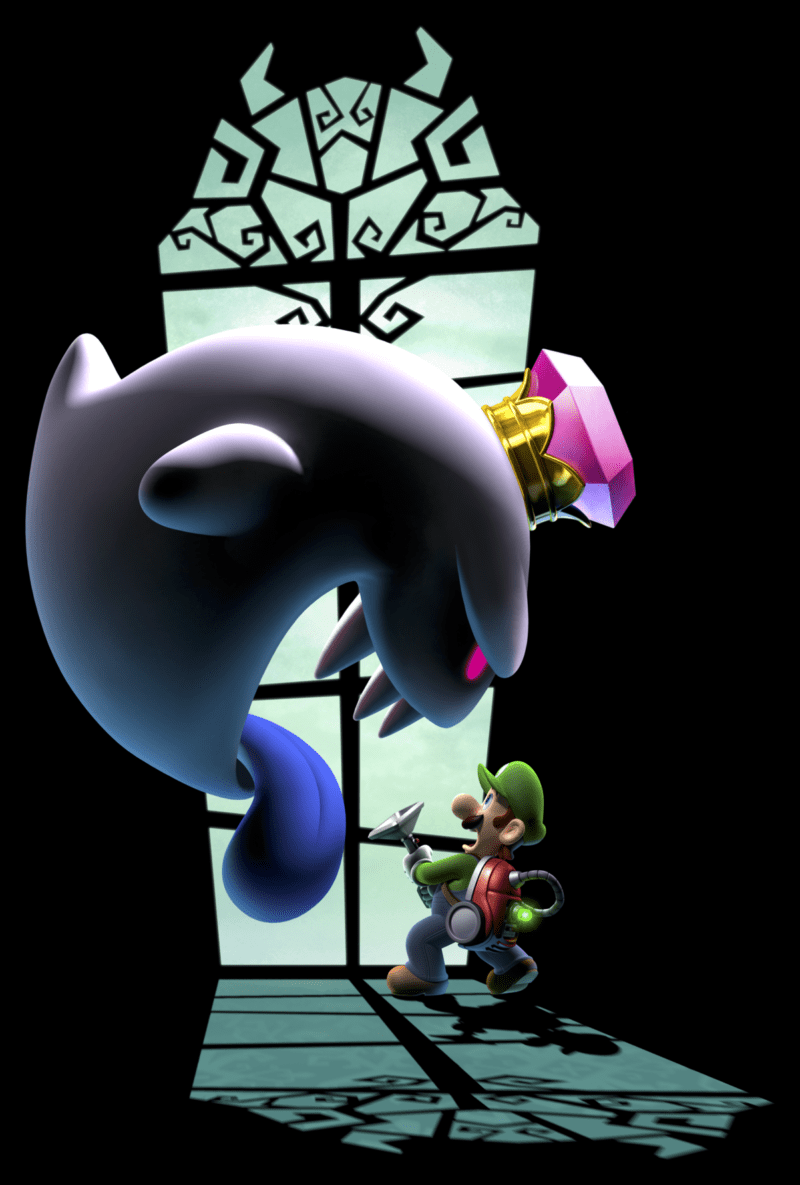 Film reboots bump into the same issues as adaptions. This was certainly true for the 2016 GHOSTBUSTERS. First, there was the massive backlash from men whose masculinity is so fragile they have to defend the manhood of fictional characters. Additionally, the marketing was half girl-power, half “’MEMBA’ DIS!?” In these days of reboots and long awaited follow-up films, negative reactions prior to a film’s release is typical. However, the film wasn’t well-received even after it debuted. Audiences saw a weak story weighed down by joke after joke and homage after homage. GHOSTBUSTERS II flopped for similar reasons. The sequel rehashed Bill Murray and one-liners in place of a decent story. The Ghostbusters team is interesting when the supernatural element is the driving force and the yuks are peppered in. GHOSTBUSTERS 101 gets this from page one.

GHOSTBUSTERS 101 opens with a beautiful image of a blue ghost hovering in a bright yellow amusement park. Luis Antonio Delgado’s colors bring the book to life — even when the characters are literally dead. With captions describing the ghost’s former life, we learn he conjured this park to relive his youth. This depiction of a world where the dead have unfinished business reminds you what franchise you’re in and what you came for. The scene is followed by Bill Murray and Ernie Hudson complaining about their jobs. The characters, pulled from the three films, are recognizable yet cartoonish enough to blend in with characters exclusive to the comic. On one page IDW achieves what any adaption should aim for: capturing the spirit of the source material. This is also thanks to Erik Burnham, the author of GHOSTBUSTERS 101. 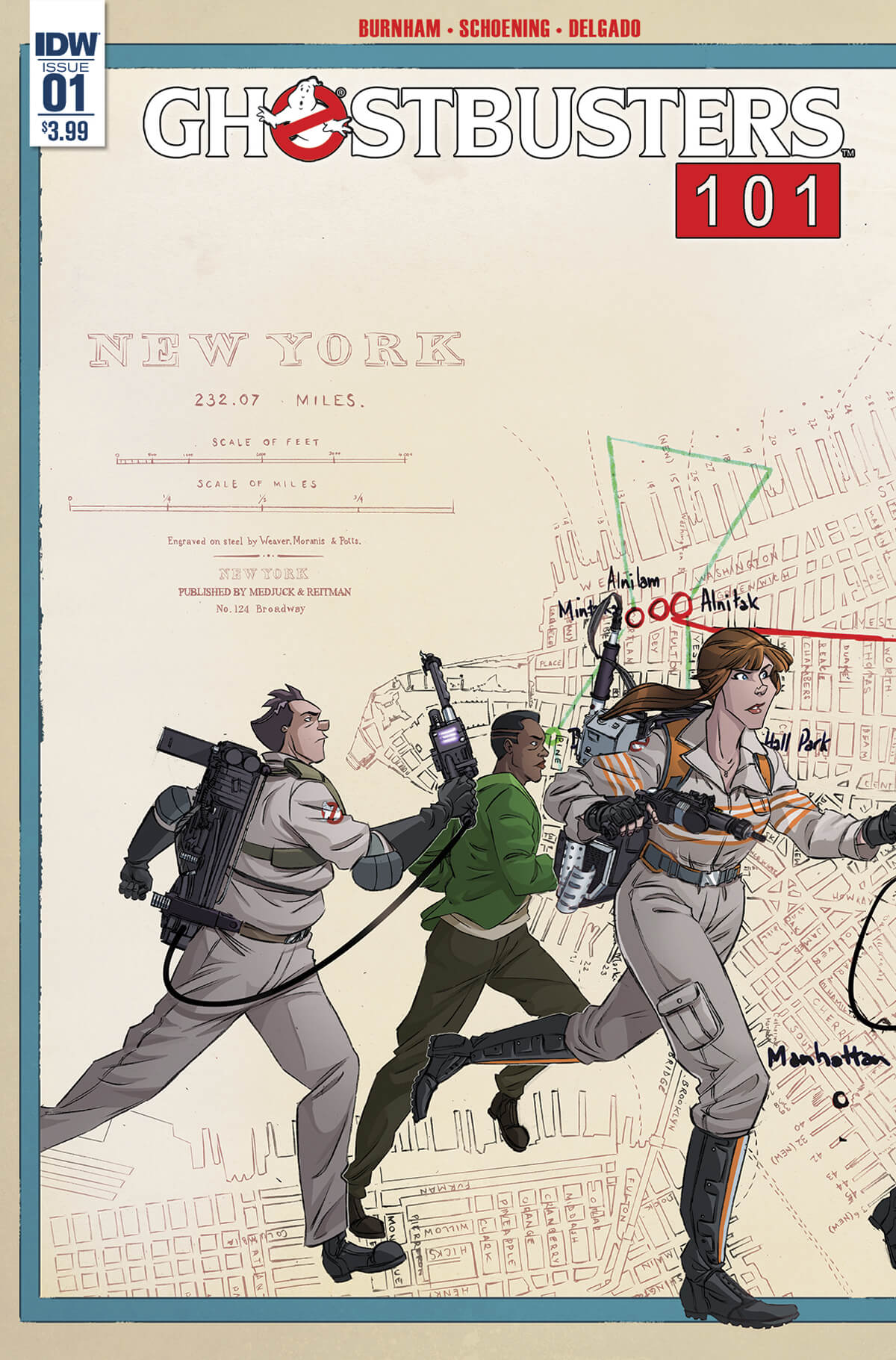 As a writer, Burnham shows excellent restraint. He doesn’t follow the lore like a bible, but more like a guide. He respectfully nods to the brand, but sets up a story that will stand on its own as a series. Dialogue like, “This Psychomagnetheric Ectoplasm – it’s positively charged,” mirrors the voices of the 1980s GHOSTBUSTERS. Their lack of money and abundant troubles with the EPA are also charmingly familiar. However, in this series, they’re going to have the share the spotlight with the 2016 Ghostbusters. Given the reception of the film, this is a risky move, but Burnham handles it with great finesse.

Burnham and company highlight the best qualities of the all-female squad instead of trying to make them fit certain archetypes. GHOSTBUSTERS 101 features the trigger-happy Holtzman (Kate McKinnon) and grounded Patty (Leslie Jones) kicking ghoulish butt on the streets, while the characters Abby (Melissa McCarthy) and Erin (Kristin Wiig) watch over their helpless assistant Kevin ( Chris Hemsworth) and their latest defenses against ghostly damnation. What’s impressive is these situations are beats from the blockbuster flunk but GHOSTBUSTERS 101 utilizes its characters as more than archetypes. This enhances your appreciation of the 2016 GHOSTBUSTERS and, dare I say, make you wish they had another shot at the big screen. It’s almost as if good things happen when you commit to the product instead of milking it for monetary benefits.

LISTEN: Want to hear more about women in comics? Our recent podcast celebrated the women of X-Men!

Whether it’s turning a book to a movie or a movie to a comic, adaptations are tough to pull off. There’s a lot of pressure to do right by the original material. You just have to do the best you can with what you’re given. There’s always going to be a fanboy listing all the ways he will murder you for touching his story. Given the odds against them, I’d say IDW deserves a round of applause for a step in the right direction.