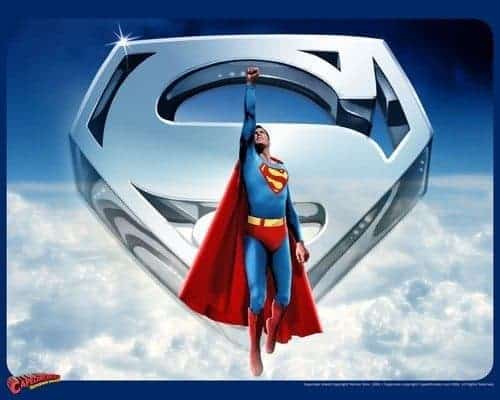 As examined in the initial installment of this article, duality is a critical component of superheroes’ psychological makeup, both in print and especially on-screen, as secret identities prompt internal conflicts between the men (or women) and their masks. For no comic book character is this notion of duality a bigger deal than it is for Clark Kent and Superman, as each reboot of the first and greatest superhero shifts the emphasis from one to the other, with Clark becoming the mask for Superman, then Superman becoming the mask for Clark. The problem is that, upon closer inspection, we see that duality simply does not apply to Superman.

Beneath the blue suit lies not a duo, but, rather, a trio of identities: Clark Kent, Superman, and Kal-El. To the mixture of the mild-mannered reporter and the man of steel is added the last son of Krypton. On the surface, Superman appears to lack the inner turmoil that defines so many superheroes who struggle to maintain double lives, yet, underneath, his triadic nature creates considerable complexity. Once again, we see this clearly when we examine cinematic portrayals of the character.

In 1978’s Superman: The Movie, the hero’s central conflict is between the competing visions of his two fathers. On his journey from Krypton to Earth, infant Kal-El is told by his father, Jor-El: “It is forbidden for you to interfere with human history.” Years later, however, Clark Kent is on the cusp of adulthood when his father, Jonathan, informs him, “One thing I do know, son, and that is you are here for a reason.” In the film’s climax, Superman recalls both his fathers’ words of advice when facing the choice whether to accept Lois Lane’s death or change the established course of events in order to save her. Unable to reconcile these conflicting paternal pronouncements, he opts for Jonathan’s vision over Jor-El’s.

Superman faces a similar decision in 2013’s Man of Steel, although, this time, he elects to heed the wisdom of his Kryptonian father over that of his Earthly one. Jonathan, fearful for his son’s safety and worried about the world’s reaction, advises extreme caution, counseling, “Clark, you have to keep this side of yourself a secret.” Jonathan’s absolute commitment to this principle is underscored by his literal willingness to die rather than have his son reveal his powers publicly.

Jor-El, by contrast, has a much more lofty vision in mind, telling Kal-El: “You can embody the best of both worlds.” Superman’s Kryptonian father dreams that his son will serve as an inspiration and a savior to humanity. The hero’s struggle ultimately, and inevitably, is resolved through the decision to reject Jonathan’s insistence that he remain in the shadows and select Jor-El’s direction that he step out into the sunlight. A similar dynamic played out over the course of the television series Smallville, in which Jonathan’s and Jor-El’s struggle for the soul of their shared son veered back and forth as the nascent Superman routinely followed the advice of whichever father recommended responsiveness rather than restraint.

The lesson to be learned from these film and television portrayals of Superman is that there is a reason why the world’s first superhero was not introduced in a publication called Passive Comics. Given the choice, Superman sides with the father who tells him: “Go. Do the right thing. Put others first. Act selflessly. Instill hope. Lead by example. Accept risks. Work for the greater good. Save the day. Do it now. Act.” Glen Weldon, author of Superman: The Unauthorized Biography, got it exactly right when he wrote: “He personifies our noblest ideals, ideals we believe in, and strive for, but only inconstantly attain: Truth and Justice, but also Fairness and Compassion. He is a man born with tremendous gifts, who could do anything he wants. Anything at all. And what he chooses to do, first and always, is to help others.”

Ultimately, this need to do well by doing good explains the essentially tripartite nature of the character. Superman’s internal conflict is unlike that dividing Batman from Bruce Wayne or Iron Man from Tony Stark; the interior struggle occurring under the Kryptonian’s cape is not between the hero and the human, but between two sons within one skin who both are attempting to be true to their respective fathers. Clark Kent wants to be loyal to Jonathan Kent’s upbringing, Kal-El wants to honor Jor-El’s sacrifice, and they reconcile themselves to one another through Superman.

At once orphan, alien, and all-American, Superman, while derided as “the big blue Boy Scout”, actually possesses the most complex and genuine multiple identity in comics. The superhero without a literal mask wears the most figurative masks; whereas other heroes have a superficiality to their duality, it is the supposedly simplistic Superman who has the greatest depth of all.