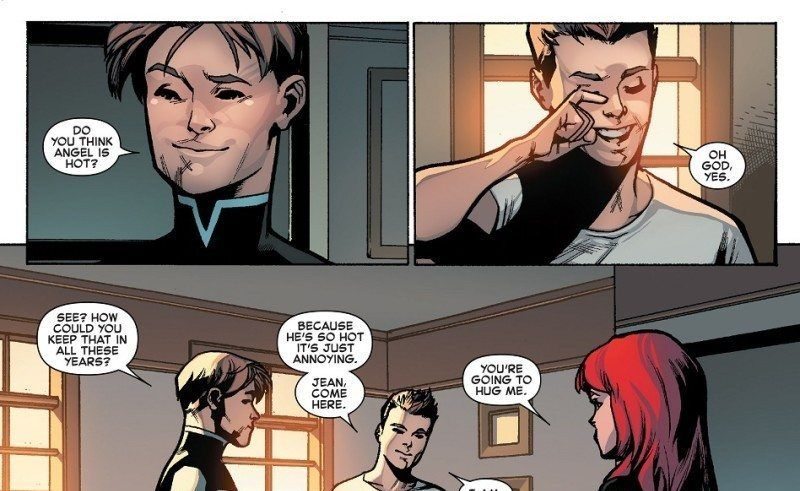 It’s more than half a year ago that fans were beside themselves with rage about a revelation taking place in ALL-NEW X-MEN #40. In that issue, during a conversation between the teenage, time-displaced versions of Jean Grey and Iceman, it was revealed that Bobby Drake had secretly been gay all along. Well, at least the young version of the character, but we didn’t really know what implications that would have about the regular Bobby.

Many fans were furious about the fact that Marvel would imply that the regular Iceman, who had many different girlfriends over the course of time, had been gay all along, and that they would imply that these two characters – who are basically the same person, just from different time periods – have different sexualities, thus making sexuality interchangeable or a decision.

And these fans were left waiting to find out about the definite status of Iceman’s sexual orientation – until last week, when UNCANNY X-MEN #600 finally hit the shelves and featured a conversation between the two Icemen, with Jean Grey as support, revealing that adult Iceman is, in fact, gay as well, having been in the closet for a really long time. Today, I want to take a closer look at that particular scene – and why it’s not as random or forced as some might think!

In a very emotional way, it is revealed that his sexuality is something adult Bobby has been in denial about for a very long time – apparently even trying things he’s not really into in order to convince himself of being straight. Which casts a totally different light on prior events. Take a look at this scene with Polaris talking about her sex life with Bobby. Apparently, Robert’s sexual experiences with women were so half-hearted that, for instance, Polaris, didn’t really have that good of a time. 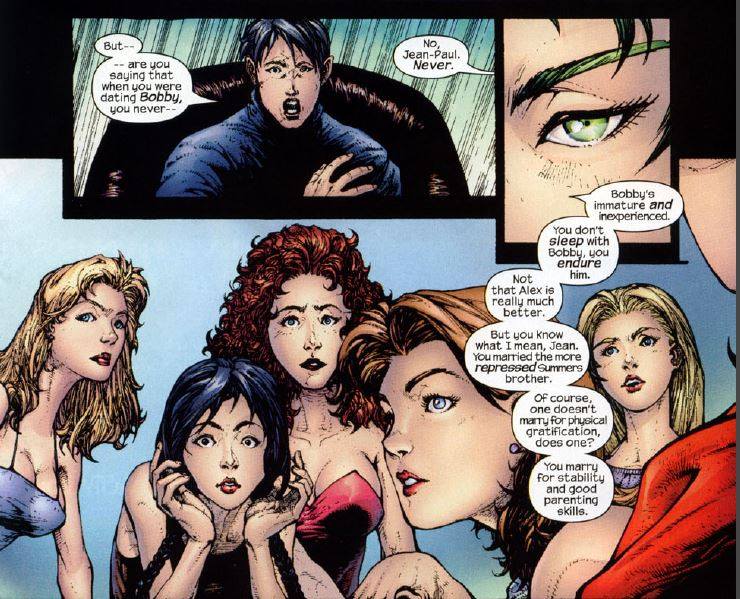 While All-New Bobby, who is also growing up in a more tolerant era, at a very young age, has someone to talk with about his sexuality, more or less being forced to come out of the closet, giving him the strength to no longer hide himself, regular Bobby felt like he had to hide who he really is because he was afraid of being persecuted for yet another aspect of his identity. As he quite correctly puts it, his past self is more put together. One of the many ways of hiding that was lying to himself, and unconsciously using his girlfriends as cover-up, as confirmed by this scene. 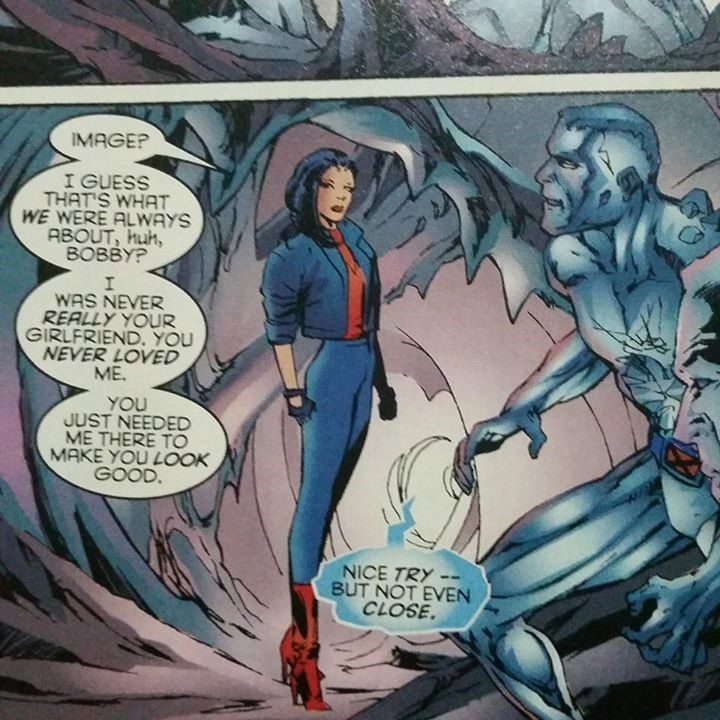 All of which supposedly made him react in a very strange way to the topic of homosexuality. 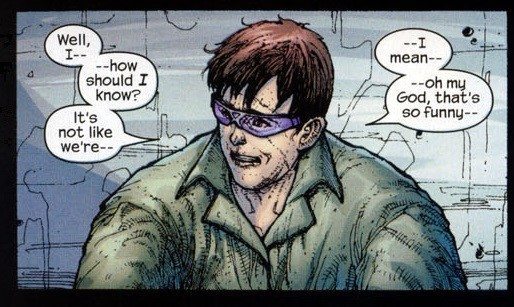 Some other characters probably already suspecting something. 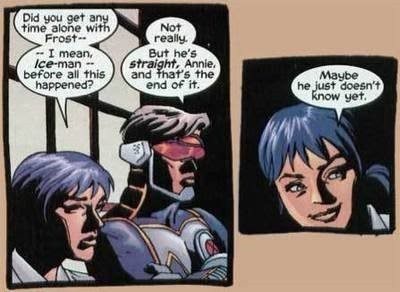 Finally, let’s cast our eyes at a very interesting arc in the Marjorie Liu run of ASTONISHING X-MEN that features him releasing a horrible blizzard upon the world and thematizes his relationship to all his former girlfriends. In this arc, it was revealed that, even in his relationship with Kitty, he felt lonely, struggling with his own masculinity and comparing himself to Piotr. 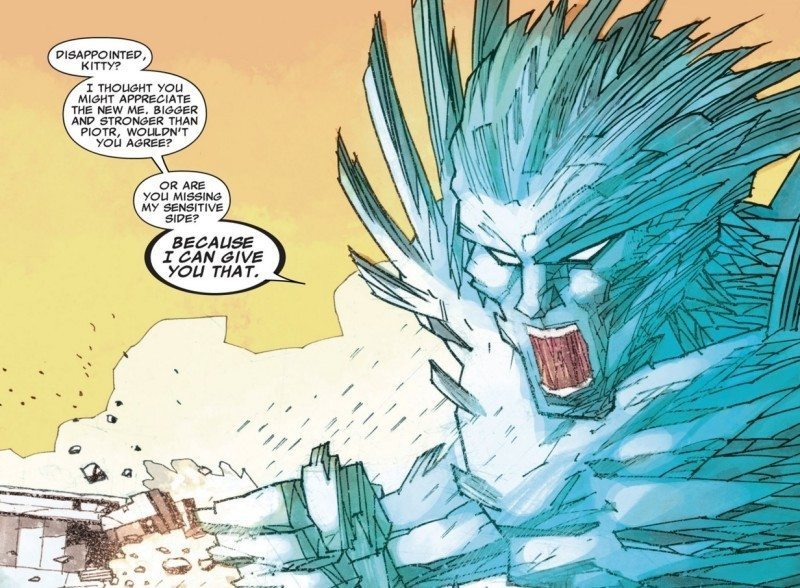 In a dialogue with himself, he eventually found out how he feels emotionally, isolated, and that what he desires most in life is love, closeness, and a relationship even. But admitting that to himself is hard for him since he’s afraid of his own vulnerability. He puts all his energy into being a superhero, and, in the process, neglects or denies his own emotions. Which is almost exactly what he admits in UNCANNY #600. 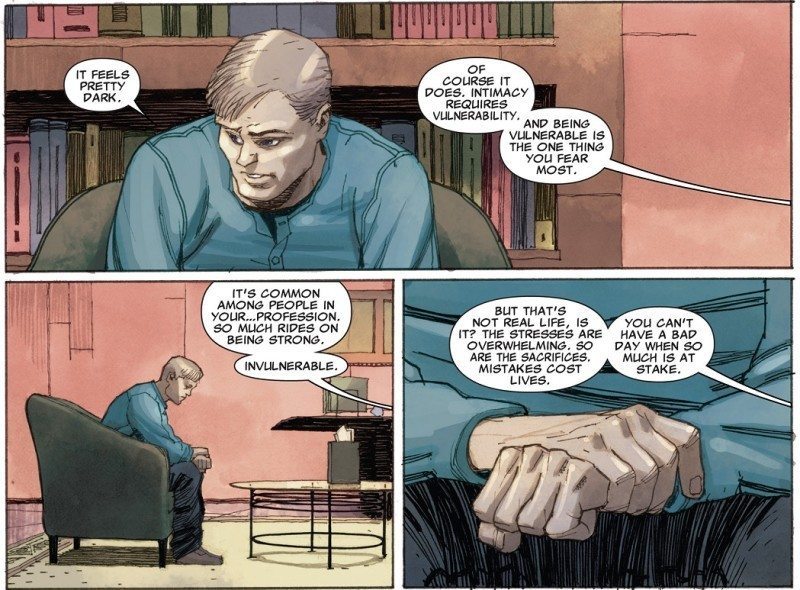 LISTEN: Love X-Men? Listen to our podcast about the origins of another “frosty” X-Man — Emma Frost!

I think that all of this goes back to his childhood, where his father suppressed the imaginative and sensitive side of Bobby by telling him to stop dreaming and crying. I think that this is where his problems with not wanting to admit his own feelings originate from, as well as his desire to conform to the stereotype of masculinity. The comics actually backs this up when Robert realizes that he sees his father in any form of authority, which prevents him from living up to his own potential and admitting his feelings. 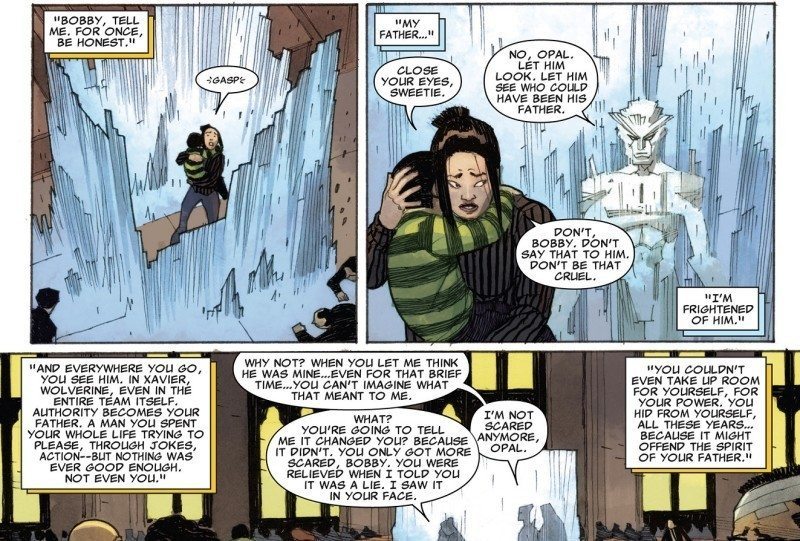 By the end of that arc, he stated how his life felt like putting on a mask again and again, and how he’ll never forgot how good it felt to be free for once. At this point, it becomes obvious that there’s a darker side developing within him due to the fact that he can’t be himself, really. 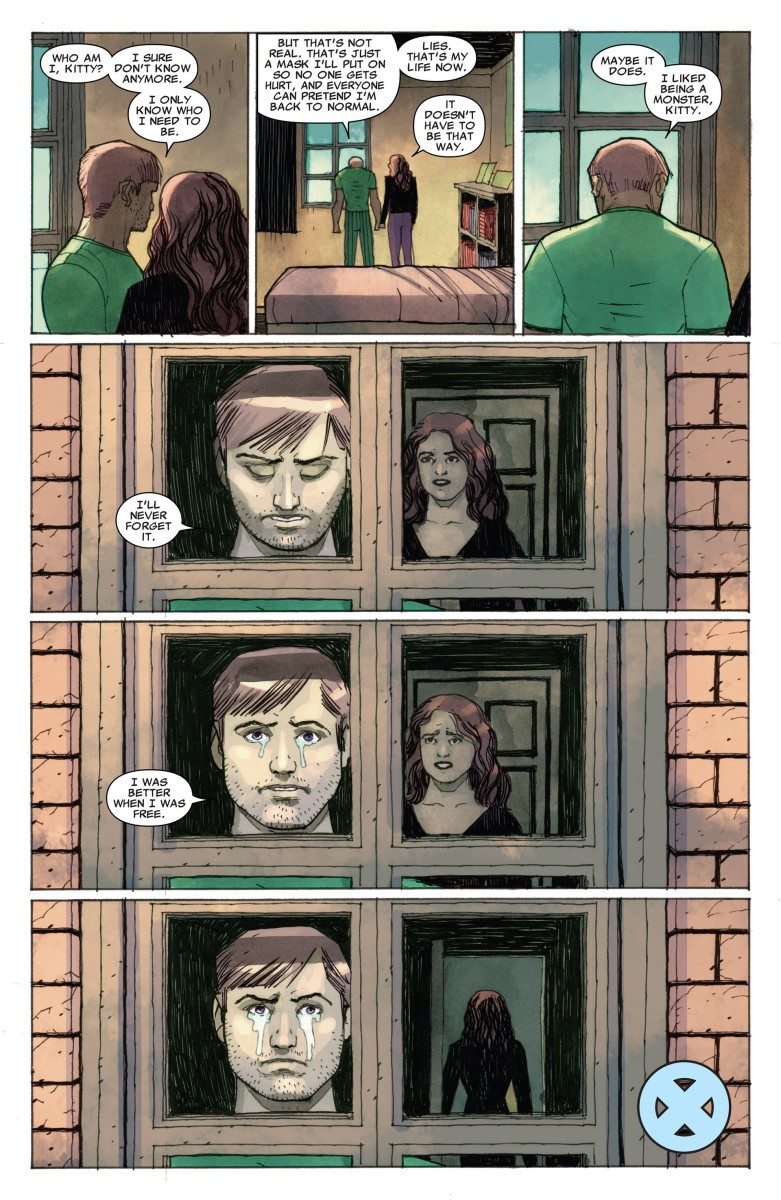 With all these scenes in mind, and taking a special look at the UNCANNY X-MEN #600 scene, the coming out of Bobby Drake is extremely believable and makes sense, considering his comic book backstory. Bendis did a great job at developing his two Icemen into different directions – and the way both characters will deal with their sexuality in the upcoming ALL-NEW X-MEN and EXTRAORDINARY X-MEN books is something I’m extremely looking forward to!

READ: More articles about the X-Men!