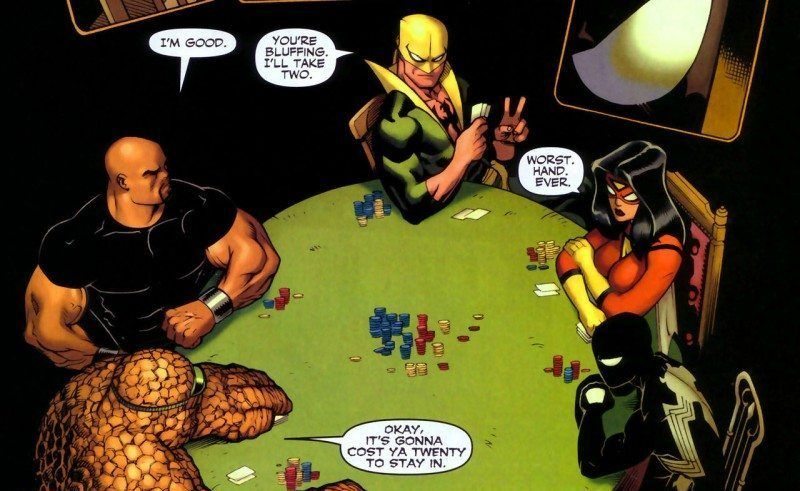 A sense of adventure is a must-have for any superhero. Thrills, however, come in all shapes and forms, and sometimes it isn’t a giant monster destroying a city or a supervillain holding the world hostage that holds the excitement a hero needs. Sometimes, you just need to relax, have a drink, and play some slots, blackjack, or poker.  So, which comic book heroes would you want to bring to Vegas?  ComicsVerse has compiled this list of some of the best and most notable gamblers to grace the pages of your favorite comics.

We’re going to start off with Bond, James Bond.  Though he is most notable for the popular book series (which was made into an arguably more popular movie series), James Bond is no stranger to comics.  Aside from several stories with Dynamite Entertainment (and several more forthcoming), Bond has inspired many adaptations of his movies, as well as the ILLEGITIMATES, which stars Bond’s illegitimate children, conceived by the many women that Bond has slept with over the years. 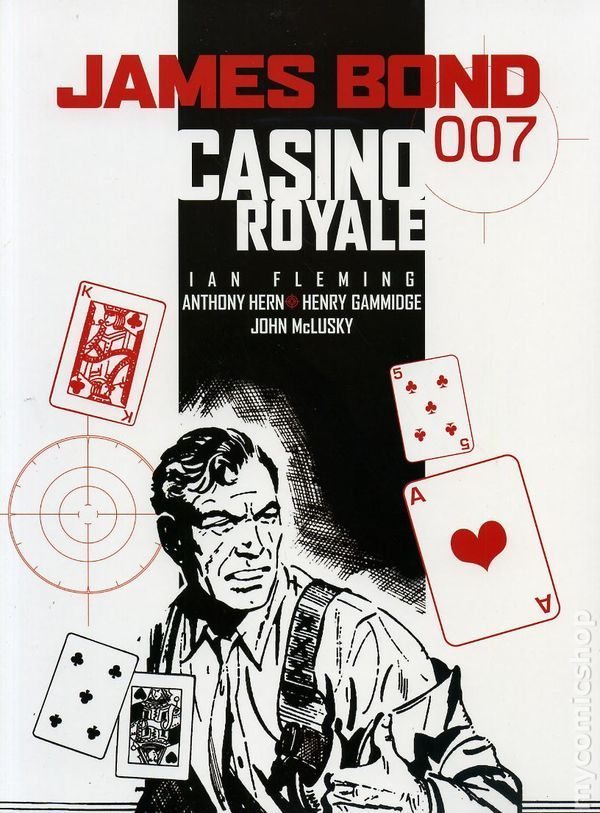 Beyond his charm and masculinity, Bond is well known for his fondness for gambling.  CASINO ROYALE may have put a spotlight on this, but his affinity for baccarat, poker, and blackjack is nothing new.  The man is no stranger to casinos (watch DIAMONDS ARE FOREVER for plenty of Las Vegas action), and he has an impeccable winning streak.  I don’t know how he does it, but nobody does it better.

Tony Stark is Marvel’s resident billionaire playboy, and Robert Downey Jr. played that part perfectly in IRON MAN.  He’s a party machine, quite literally, and can usually be found with a drink in his hand (perhaps an homage to the history of alcoholism the comic character has).  He’s also one heck of a ladies’ man, romancing supermodels, journalists, and, really, any woman he finds attractive. 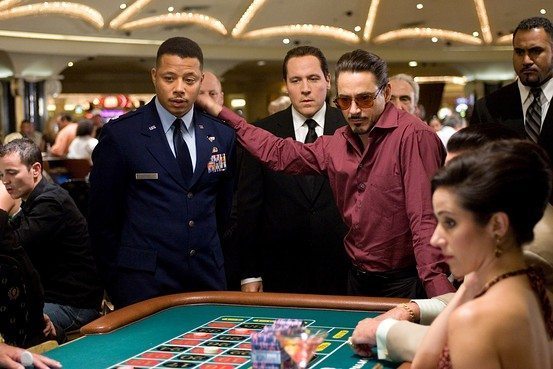 Tony’s best friend, James Rhoades, finds him playing craps during an awards ceremony.  To Tony, the most important thing is not the award, it’s having a good time.  He’s got plenty of awards, plenty of fame, and plenty of money- it’s time to spend it on luxury. Leave the attitude in the Hum-Drumvee, and follow Tony into the Funvee.

Though he might not be well-known for gambling, Bruce Wayne is certainly no stranger to the tables.  As a millionaire playboy, Bruce has been to plenty of charity casino functions and is one of the smartest men in the world. His villains, particularly Joker and Two-Face, like to use gambling motifs often, and so Bruce is quite schooled in games of chance. He’s needed to study so many games over the years, he’s quite familiar with even the intricacies and nicknames of certain poker hands. 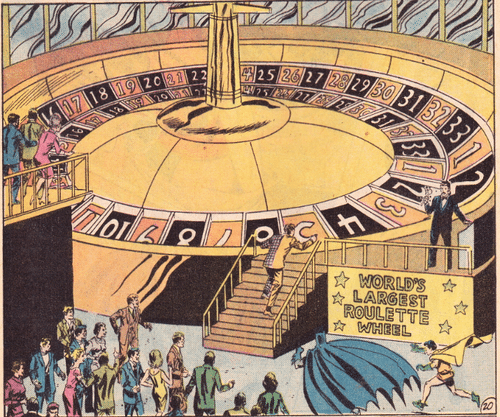 With as calculating of a mind as he has, Bruce would almost certainly know how to play the odds, how to read the table, and, most importantly, how to win. You’d think he’d be perfect at figuring out the odds of roulette, for example.  Even better, he has a nearly endless bankroll.  Losing doesn’t hurt so bad with that kind of cash flow, and afterward, even if Bruce disappears, I’m sure the party will still be going long into the night.

LISTEN: Find out about the Dark Knight in our podcast analyzing Scott Snyder’s BATMAN!

Another DC superhero by night/millionaire playboy by day, Oliver Queen exudes confidence, charm, and a sense of justice that many would find attractive.  A modern take on Robin Hood, Oliver Queen would relish the idea of robbing the rich to feed the poor, and winning their money fair and square in a casino would be a great way to do it.  The man is another hero that is rarely seen without a woman on his arms. 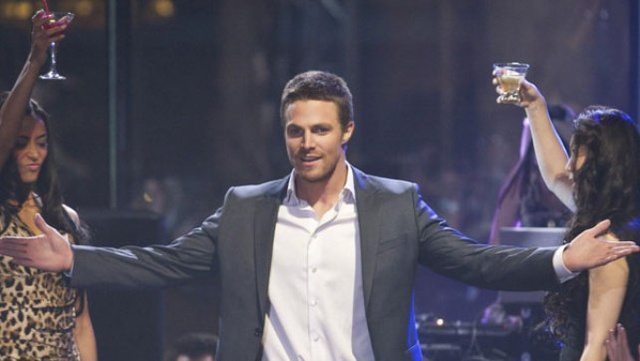 What would Queen’s game be?  Queen has a sharp eye and is very quick.  He seems like he’d be great at reading people in a game of hold’em, or maybe his keen observation would lend itself well to blackjack.  In any case, the Queen fortune would be spent on plenty of drinks and games throughout the night, and everyone would have a great time.

CLICK: Find out where to start with GREEN ARROW comics!

Remy is the games master.  There is no one better than him at pretty much any game, from contact sports to Monopoly.  Remy, however, uses his skills to build up a fortune for himself playing cards.  He’s best known for his card-throwing tricks; he’s spent so much time at the tables, these tricks are almost second nature to him, and the cards will fly and float before your eyes. 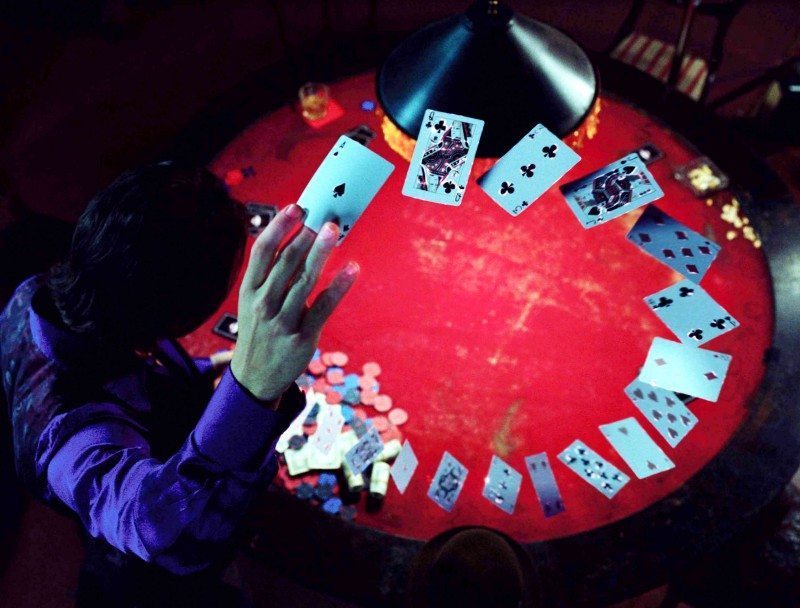 Though his gambling gets him into some trouble in the X-MEN ORIGINS: WOLVERINE movie, society (and, thanks to DAYS OF FUTURE PAST, Fox) has decided that that movie didn’t happen, and can be forgotten.  The ragin’ cajun is also no stranger to luxury.  Between his gambling profits, his cajun accent, and his cool demeanor, Gambit is one of the X-Men’s biggest ladies’ men.  The X-Mansion doesn’t hurt, either.

LISTEN: For more Gambit, don’t miss our podcast on street-level justice in comics!

Those are our top five gambling heroes!  Who do you think we missed?  Who should have made the list?  What about the villains? Let us know in the comments below!