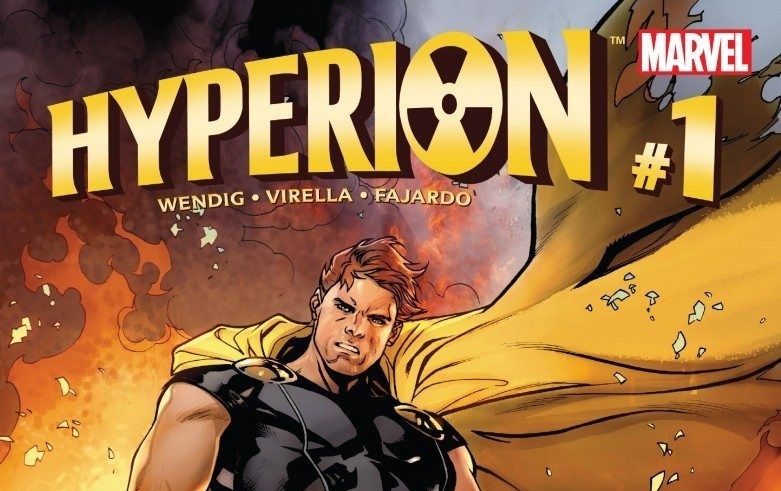 Hyperion is here with his own new series! From another world, Hyperion is a hero and teacher with super strength, speed, stamina, durability, flight, and enhanced senses. As the lone survivor of his homeworld, he lives on Earth and tries to figure out his life.

READ: Are you a Hyperion fan? Don’t know anything about him? Learn more about the character here!

We start the series off with Hyperion as a truck driver. While stopping off at a market in Nebraska, he is approached by a young woman. We are guided through the issue in her perspective and experience everything in her mind. She introduces herself as Doll and asks Hyperion for a ride. Calling himself Marc, Hyperion eventually agrees and lets her join him on his trip to deliver apples. Doll believes that “Marc” is actually Hyperion and wants his protection as she runs away. She’s not just running away from a normal home, she’s fleeing from a carnival, and getting away isn’t very simple. The carnival wants her back! 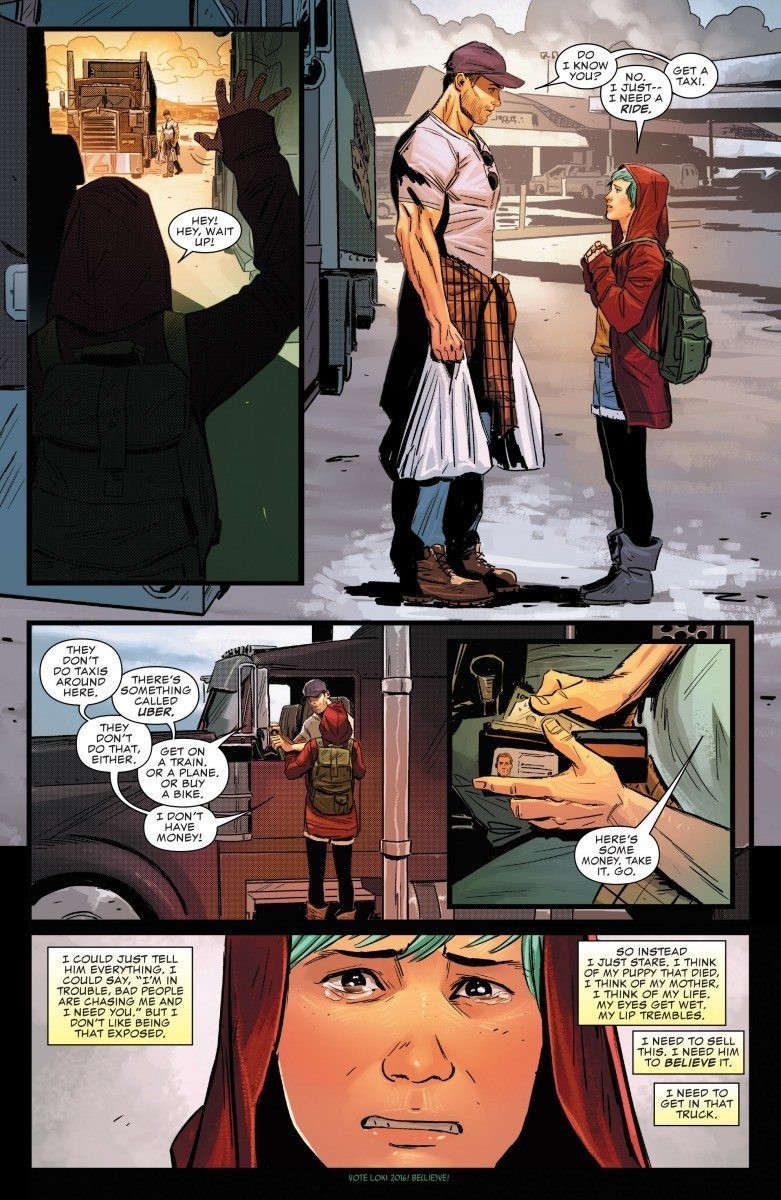 From a story standpoint, I would have thought it would revolve around Hyperion instead of Doll, and I would have liked to see more background on Hyperion. What is he really doing? Why is he acting so aloof and driving a truck? Shouldn’t Hyperion be saving the world with the Squadron Supreme or by himself? At the beginning of the issue, he seems to want to be normal and disguised without explanation. However, having the focus on Doll is not a bad way to tell this story. It allows for a lot of depth when looking into the carnival and gives the reader information Hyperion would not reasonably be able to explain (for example, who the individual villains are and what they can do). The relationship between Hyperion and Doll is one of the most interesting parts of the issue. It seems like they each get something they truly need from the other. Doll is trying to get Hyperion to be her protector, and Hyperion gets to be the hero.

READ: Hyperion is in the Squadron Supreme! Want to find out more? Click here!

The art in HYPERION #1 is not as great as it could have been, with orange and brown coloring showing up way too much throughout the issue. Using those colors for the truck, clothes, hair, and scenery results in panels becoming a little too one note. Coloring aside, there are some pluses in terms of the art direction. The best panels are the ones involving the carnival folk’s vehicles. When the carnival workers are dispatched to retrieve Doll, we see the carnival at first, then one set of headlights followed by several sets of headlights. This does a great job of building up the numbers Hyperion and Doll will be facing. The other scene of note is when the carnival folk catch up to Hyperion’s truck. The vehicles are all drawn differently from each other and are appropriate to the vehicles used for a carnival. 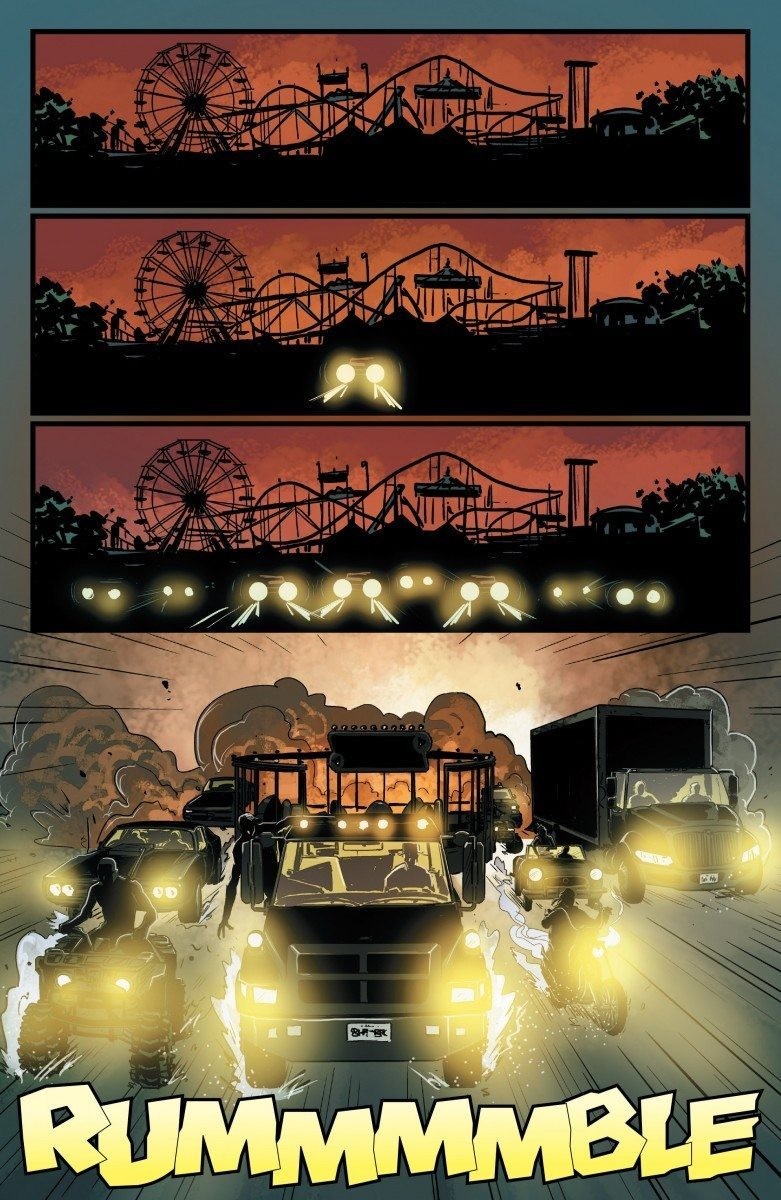 HYPERION #1 leaves many questions unanswered, which make for a solid first issue. In future issues, it looks like we will get deeper into Doll’s story. Hopefully, we find out who is running the carnival and why they want Doll back so badly. In this issue, Doll only explains that she is a sort of mechanic for them, but her role seems to be more important than this impies. Also, I look forward to seeing the relationship between Hyperion and Doll evolve if he ends up helping her beyond fighting her battle for her. How far will he go to help her? We’ll have to wait until HYPERION #2 to find out!