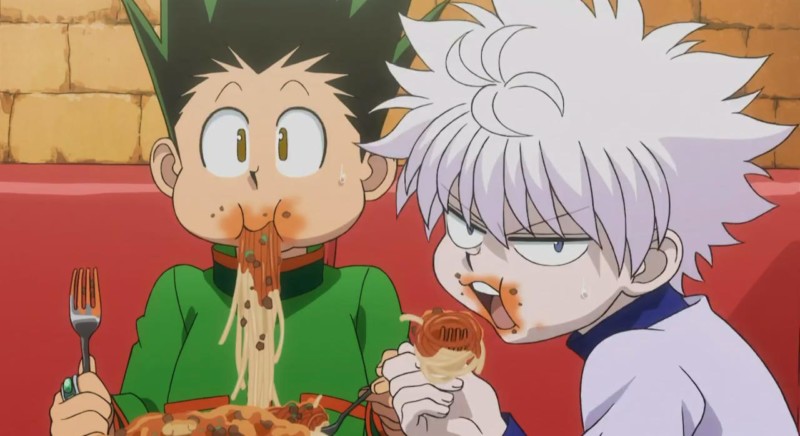 It all began with a bet.

“You. Have. To. Watch. HUNTER. X. HUNTER,” my friend Bianca exclaimed, emphasizing each word with a slamming of fists on the table.

READ: Fan of SAMURAI JACK? Click here to find out the best episodes to watch!

My friends and I were all sitting down to a dining hall dinner when an “argument” broke out. (Argument in the sense that there were a lot of raised voices, gesticulating limbs, and calling each other fools.) As I readjusted my now upended fries, I groaned. “I beg of you: please don’t bring up watching HUNTER X HUNTER again.”

The rest of our group rushed to agree. None of us could stand to hear about this mysterious anime show again, nor of the reasons why we should watch a show that none of the rest of us had ever heard of. Before Bianca could launch further into her rant, I intervened: “Why should we give HUNTER X HUNTER a chance if you won’t give anything we watch a chance?”

“Yeah, like PRIDE AND PREJUDICE!” one of my other friends suggested.

Not knowing where this comment spurred from, I nonetheless joined the bandwagon. “Yeah! Watch PRIDE AND PREJUDICE, and we’ll consider watching HUNTER X HUNTER.”

A few nights later, once the PRIDE AND PREJUDICE viewing was done, and we were all gathered together to watch the infamous HUNTER X HUNTER. I fell in love with the show instantly and to reiterate Bianca’s original point: “You. Have. To. Watch. HUNTER. X. HUNTER.” 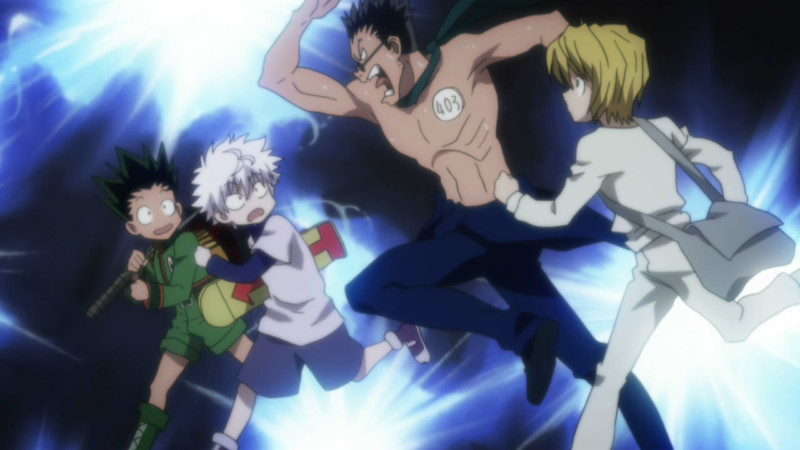 HUNTER X HUNTER is a story about 12-year-old Gon Freecs. Gon was abandoned by his father, Ging, as an infant, left to live with his aunt and grandma on Whale Island. Where most kids would be angry at their fathers for abandoning them or at the very least confused, Gon is anything but. Since Ging abandoned Gon to be a Hunter – someone who protects the world’s resources, animals, people, etc. – Gon thinks being a Hunter must be great. So great in fact that it was worth Ging shirking his responsibilities as a father to pursue it as a career. (To say the least, Gon is a positive character.) To reunite with Ging, Gon strives to become a Hunter; however, to become a Hunter, one must pass the Hunter exam. And so the story begins.

READ: Liked ARRIVAL? Click here to read about how it redefined the strong female character!

Personally, I became enamored with the show because of the characters and the mental, physical, and emotional fortitude with which they approach any given situation. Along with Gon, the other characters in the show all have goals they want to accomplish and are willing to do practically anything to see those ambitions to fruition. However, in having these separate goals, the characters do not take individual steps towards reaching them. With the wanted or unwanted help of the rest of the gang, Gon and company are given the support and love they need from each other in seeing their journeys through to the end. It is a show centered in the integrity of friendship and how utilizing the relationships in one’s life can help a person reach their definition of success. 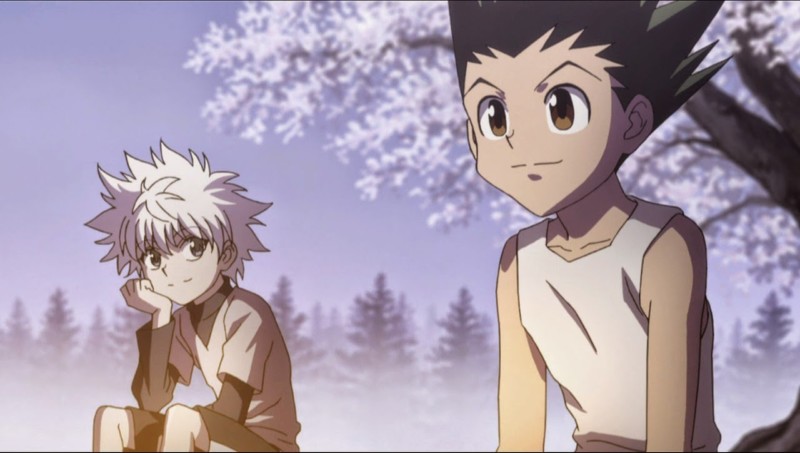 As we progressed in the episodes and story arcs, we saw how many people were entering and exiting Gon’s life. Killua, a white-haired, twelve-year-old assassin, acts as Gon’s best friend in the show. Meeting as strangers during the Hunter exam, Gon and Killua have come to shape each other, to act as the spontaneity to the other’s logic, the crazy to the other’s calm, the light to the other’s dark. Both boys develop and change throughout the episodes, becoming savvier, smarter, and stronger because of knowing the other.

READ: Are you interested in preserving pop music throughout the millennium? Click here to find out where to find today’s pop stars!

Bisky, one of the show’s most influential mentors, taught Gon and Killua the importance of knowing one’s strengths and how to leverage them against potential enemies. Through punches and perkiness, Bisky molded the boys into the fire- and electricity-wielding badasses we know and love today. She is the reason the two have gone so far, accomplished so much, and managed to stick together through the process. She showed them the potential for greatness they had through berating and encouraging them, beating and building them, hating and loving them. Without Bisky, Gon and Killua would have died many times over. 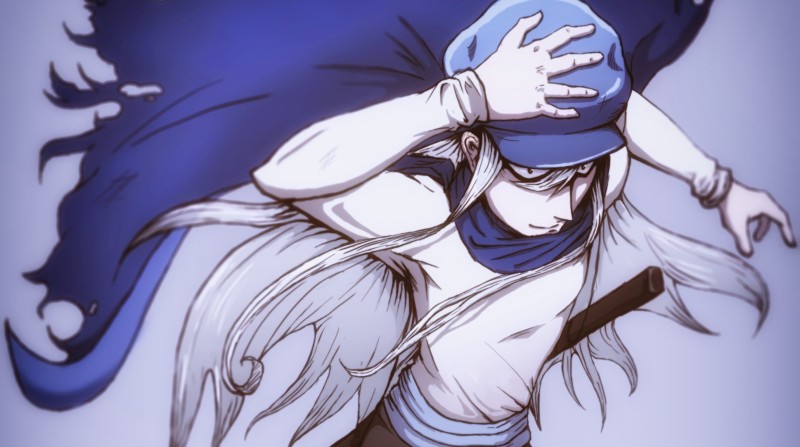 Another character who had an immense impact on Gon’s journey was Kite. Where Bisky taught Gon and Killua about strength, Kite taught them about weakness. The boys needed the contrast, having thought they were nearly invincible before encountering Kite. While the two boys experience failure in Kite’s presence, they become better Hunters, better humans because of it. Both Gon and Killua see that the process of never becoming truly ends, that there will always be an opponent faster, meaner, and just plain better than you to beat. However, in having this knowledge, there is also the knowledge that it is possible to beat whatever obstacle — Chimera Ant or otherwise — that lies in your path.

READ: Interested in fashion? Affiliations with religion? Click here to see how fashion and religion interact in the modern world’s wardrobe!

With the help of Killua, Bisky, Kite, and a plethora of others, Gon has been molded and recreated many times over by the people in his life. Each held importance in his journey, teaching him the lessons he needed to succeed in the next phase of his life. 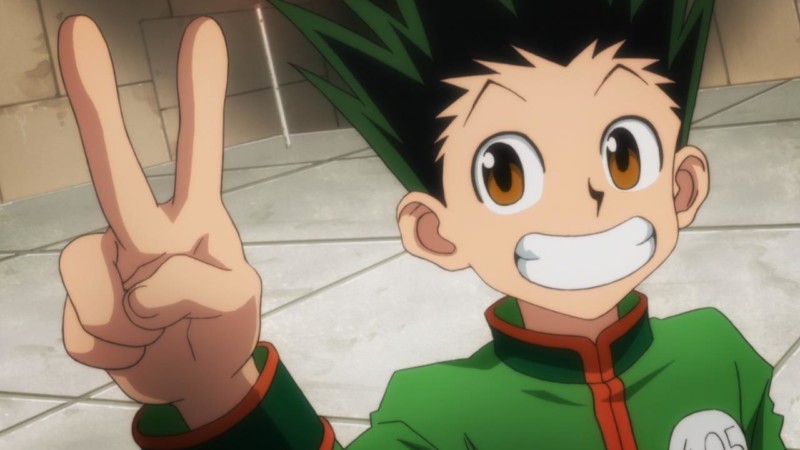 Looking around at my fellow fans, my friends, all crammed together on twin beds with miscellaneous snack crumbs decorating our sweatpants with abandon, I sensed a similar trend. These people around me were my second family, the ones who were helping me become more ambitious, genuine, fearless, intelligent, benign, creative, inspired. They are the people I look to when I need someone to hear me. The people who brighten long days with laughter and ridiculousness. The people who filled yesterday with memories, today with spontaneous joy, and tomorrow with hope. I live, eat fast midnight food, learn about the world, talk through movies, scheme, and dream with them.

READ: Fan of 4 YOUR EYEZ ONLY? Click here to read a review!

All these people are contributing to my journey. They may not be helping me take down the Phantom Troupe or Chimera Ants (seriously, watch the show). However, they are giving me the tools to become a more imaginative, inclusive, and intelligent person. They are the dictionaries, atlases, and instructional manuals that are helping me engineer my best future today. And for that, I cannot thank them enough. (Yes, this includes you too, Bianca.)