Hulk, the lovable, destructive green juggernaut, has had quite a few adventures. Considering how long the colossal crusher has been around, there are a plethora of story lines, arcs, and episodic tales to catch up on, especially for new readers. Fortunately, for those who want to get into the Hulk and his many epic tales of smashing, saving, crashing, and lamenting the many tragedies writers have thrown upon him, this list will point you in the right direction. So, let’s get started… 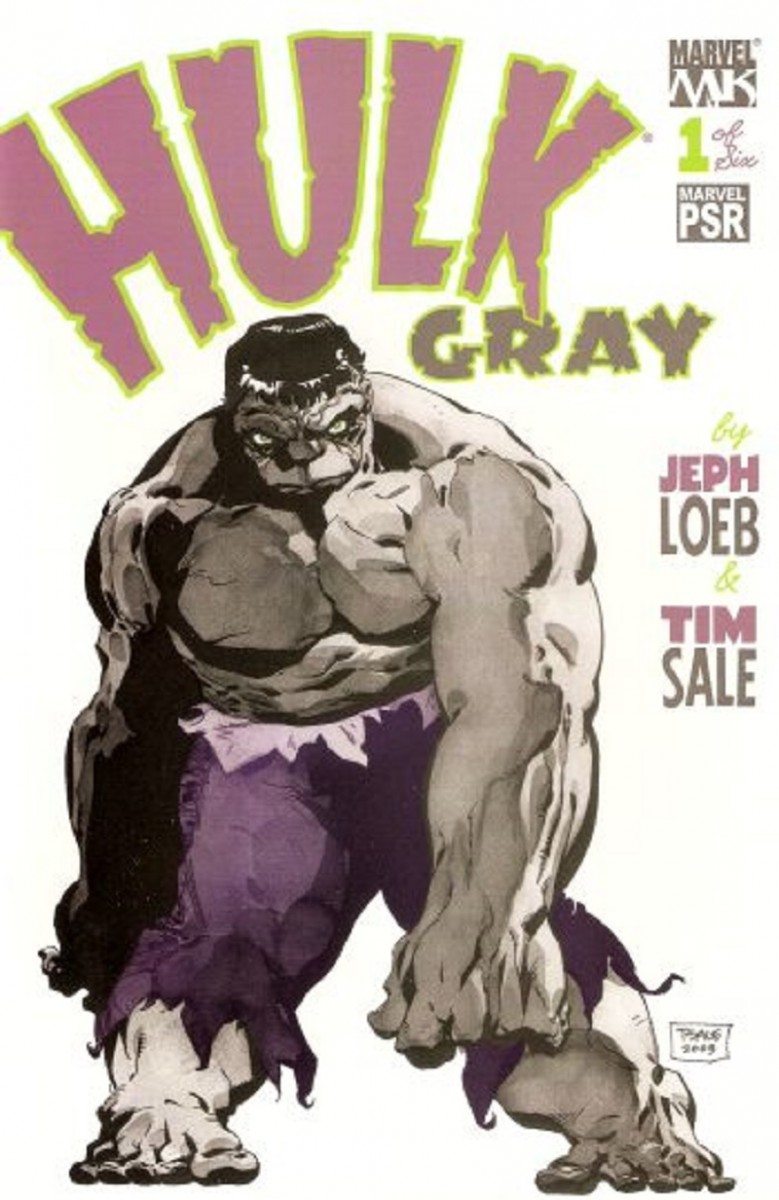 HULK GRAY was a limited six issue series that provided the essential origin of Bruce Banner becoming the Hulk, as well as showing his struggles with Betty Ross, her father General Ross, and the monster within himself. It is a great starting point for those who want to get in right from the beginning, and see the dramatic, tortured origins of the unstoppable inner beast of Bruce Banner. For those who want to get in on the origins of the green giant, this limited series is a phenomenal place to start and will give you all you need to know about the origins of our titular angry hero.

READ: Need some League in your life? Check out our JUSTICE LEAGUE Essential Reading.

PLANET HULK is a wild ride. Published in 2006 and 2007, the series shows that the Hulk is deemed too dangerous to remain on Earth and is subsequently jettisoned on to an alien planet, Sakaar, where he is taken into slavery and forced to fight in gladiator-style combat against hostile aliens. Not only is the build-up to the Hulk’s betrayal via the Avengers and the Illuminati epic, but PLANET HULK also sees the birth of Hulk’s child via alien queen Caiera. His battle to take Sakaar from the Red King, turn the people towards a better future, and be with his new lover all serve to only further his rage when tragedy strikes again—our hero really can’t catch a break. The betrayal by the Avengers and the subsequent death of his new wife leads to an all out war when Hulk returns to Earth for revenge. The story line is a fantastic, tragic, and action-packed one that leads up to a brutal conflict—definitely essential reading. 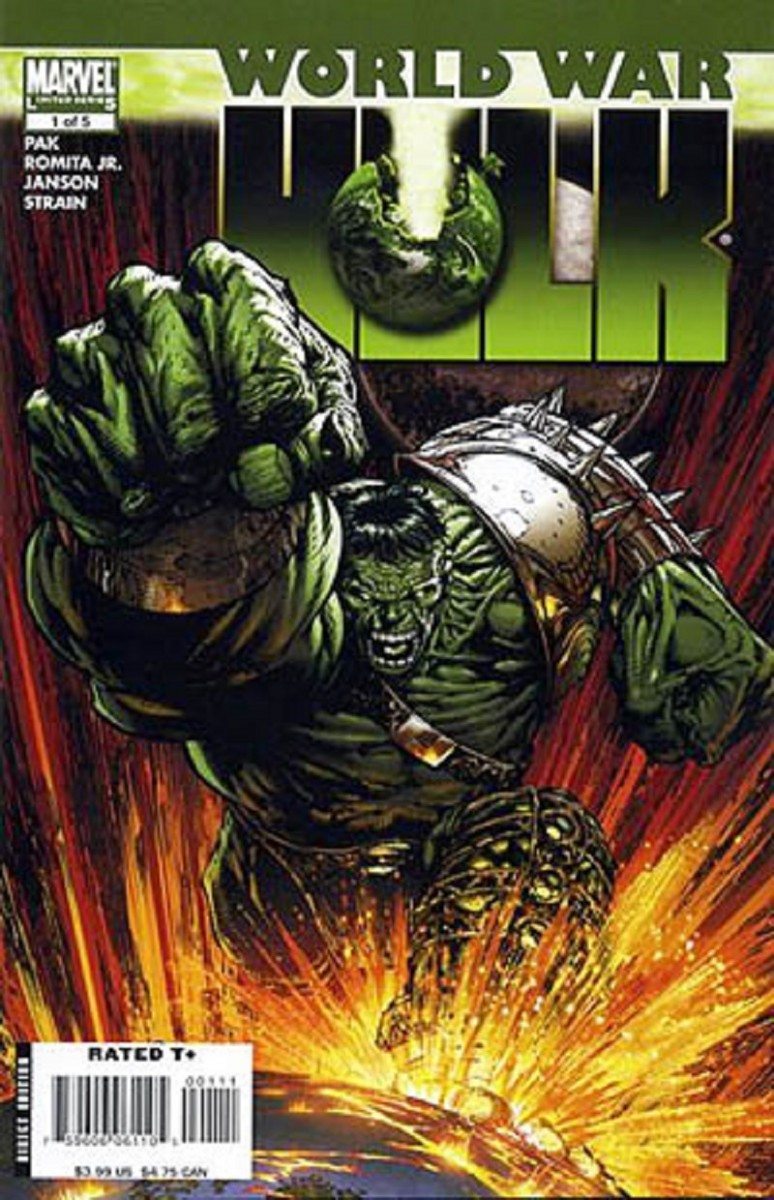 Remember that little betrayal mentioned before? The Hulk being enslaved, fighting aliens, and losing his new bride in an explosion? Well, he comes back to Earth with a vengeance with his own army of Warbound. In the story lines of WORLD WAR HULK, the angry ex-King returns for vengeance on the Illuminati and the Avengers. Through numerous complex battles and decisions, Hulk shows that betraying him was a pretty bad idea, in hindsight. All that fuels him is revenge, though these issues also do a good job of showing that the thoughtful Bruce Banner still remains trapped somewhere inside all of that rage. Fighting through wave after wave of superheroes, Hulk plans to not only have several of them fight each other to the death, but to destroy New York City to further shame the Avengers for their betrayal. The action is heart-pounding and it shows a side of the Hulk that readers don’t often get to see. The ending and aftermath will have fans craving more. 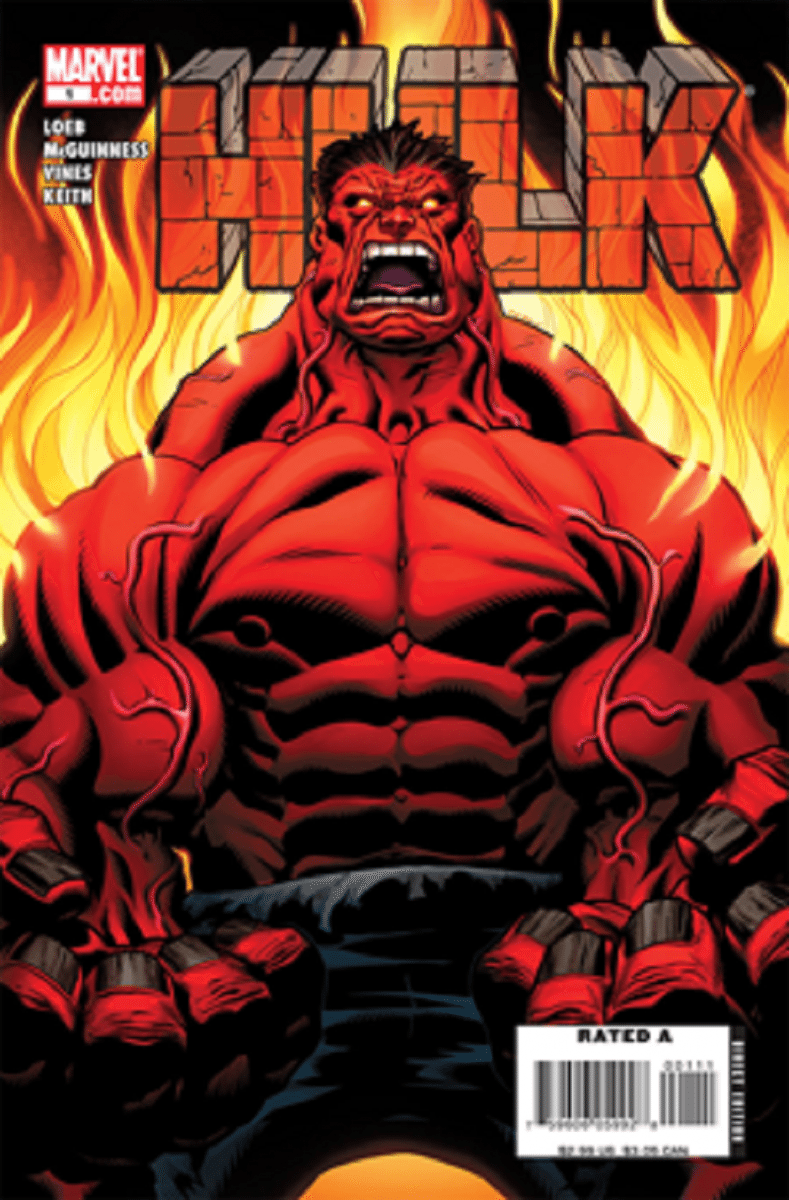 Jeph Loeb, a returning writer from the aforementioned HULK GRAY, as well as many other series, brings into action a new supervillain in this story line. Red Hulk initially appears as an intelligent nemesis to the HULK and has an unknown human identity. Through an intricate story and many battles with the titular green hero, RED HULK provides a series of battles that all lead to one heck of a reveal (no spoilers). Let’s just say that it is a longstanding enemy of the Hulk that proves to be the greatest challenge in this series, and you will have to see for yourself if you want to know who is the mastermind behind the angry crimson juggernaut. It is a major turning point for a relationship between two major players in the Hulk’s history and general storylines and serves to deepen a longstanding hatred between the two. Again, you’ll have to see who this new nemesis for our green hero is for yourself, but it is an interesting development, to say the least. 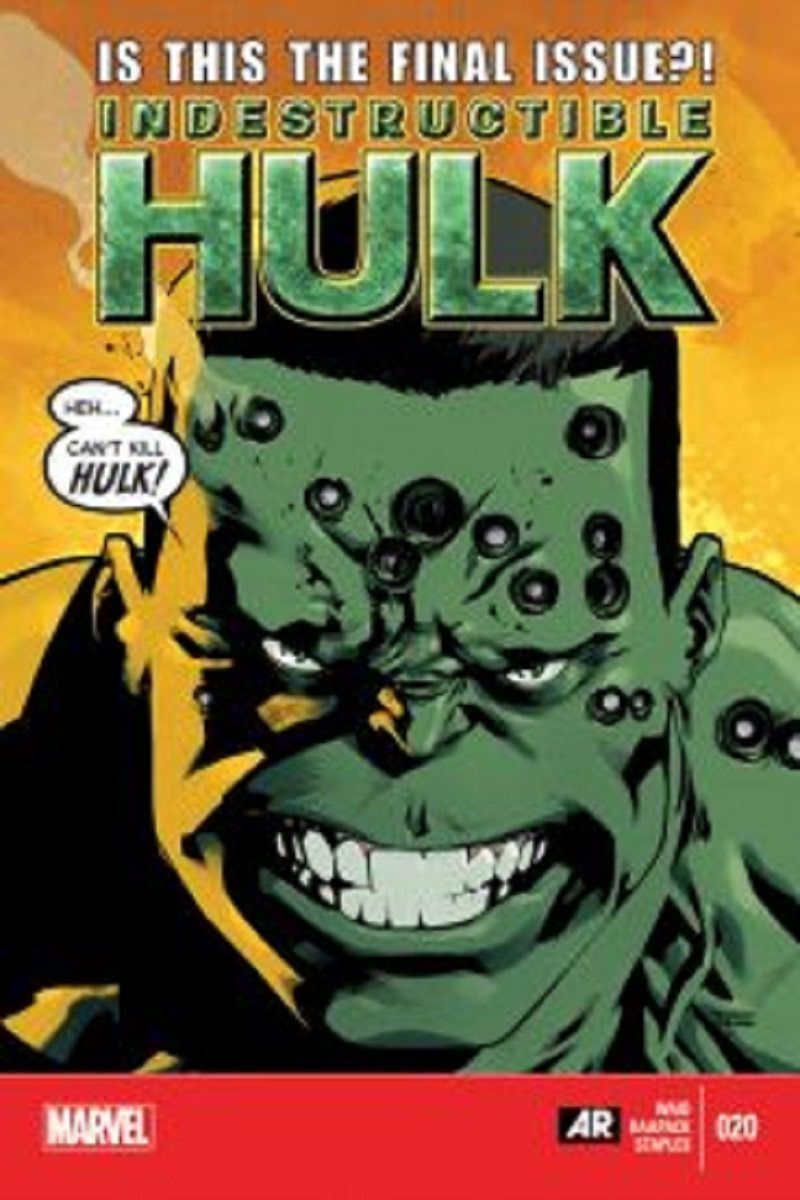 Continuing from HULK Volume #4, INDESTRUCTIBLE HULK features Bruce Banner finally coming to terms with his coexistence with his angry counterpart. With an uneasy alliance, Banner sets out to do some good in the world by allying himself with S.H.I.E.L.D. The forged friendship leads to a culmination of the green juggernaut’s most epic battles as well as the startling realization for many that he has become indestructible, as the title mentions. The Hulk keeps gaining strength, much to the chagrin of his enemies and the people he calls his allies. It is an interesting revisit to the fear that caused the events of PLANET HULK and the subsequent war that followed it. Though he sets out to do good, our hero is no less of a force of nature on the field, and everyone that tries to get in his way certainly ends up feeling some serious green wrath. His attempts to work with S.H.I.E.L.D and make amends build up into a shocking reveal by Volume #20, so you won’t want to miss this series! 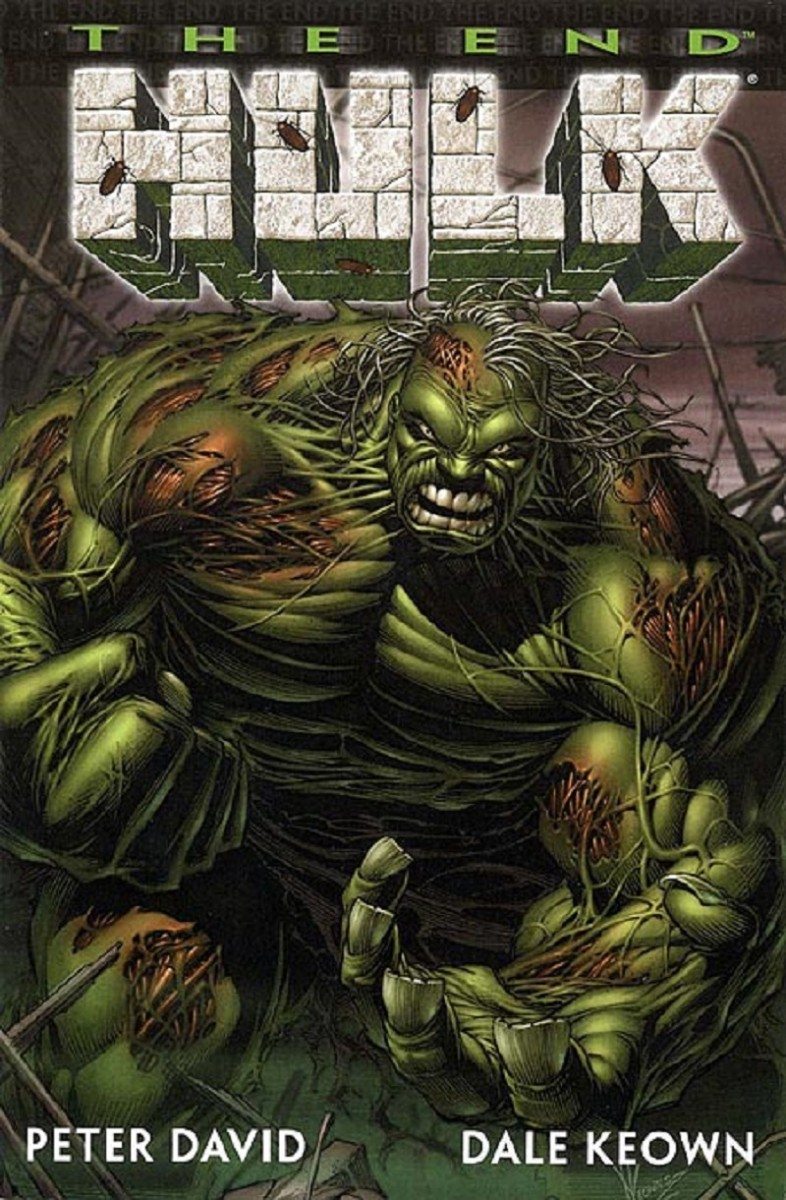 This one-shot isn’t for the faint of heart. Events lead to the Hulk being the last living being on Earth, and readers are taken on a journey between Bruce Banner’s desire to die and the Hulk’s stubborn wish to prove himself the strongest on the planet. From being eaten alive by mutant cockroaches to lamenting his lost lady love, Betty Ross, readers can see the struggle of Bruce Banner versus his bestial counterpart that is still ready to fight against a world rendered completely uninhabited, save for himself. With the apocalyptic, eerie silence around them, this comic ends in perhaps one of the most tragic moments of character development for both Bruce Banner and the angry green beast that keeps him imprisoned. You have to read it for yourself to appreciate the sentiment, and to see how the world ending falls down upon the once unstoppable beast that had conquered and defended it so many times before. 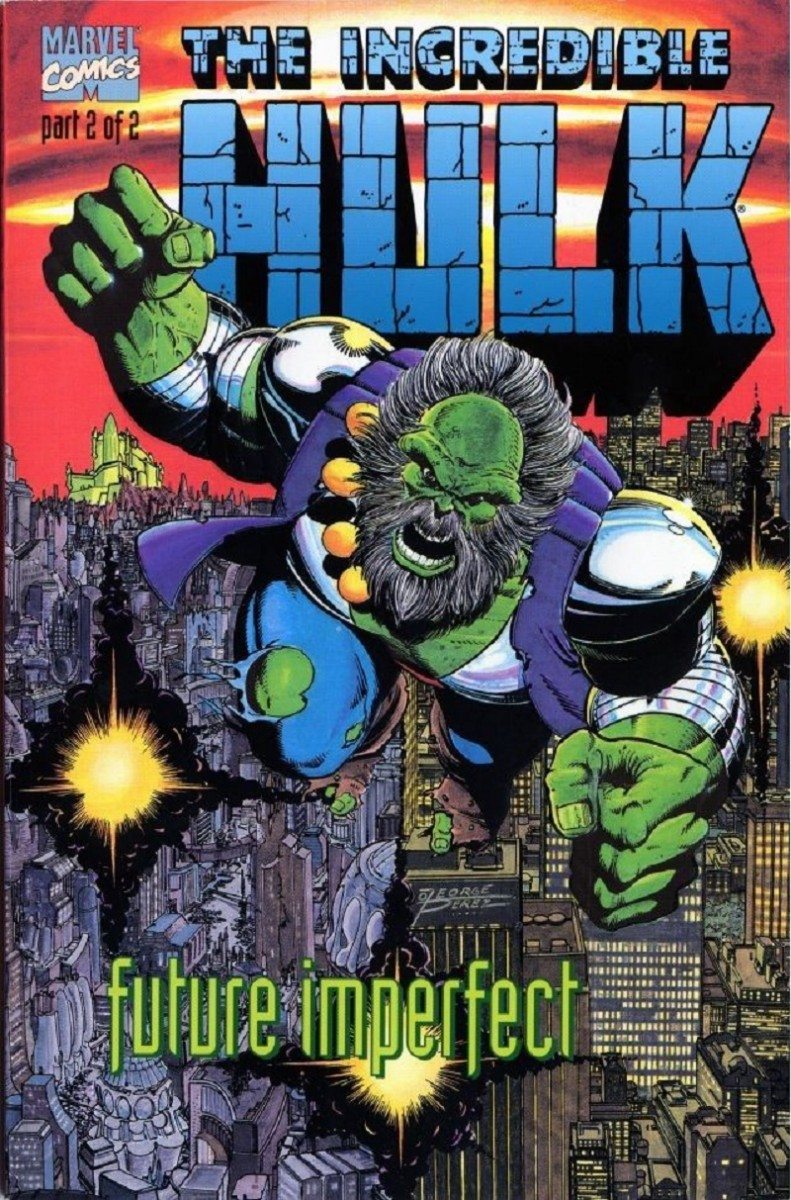 Another dark addition to the green giant’s adventures, FUTURE IMPERFECT features a version of the Hulk named Maestro. Maestro, a supervillain that combines the brute strength of our hero with the intelligence of Bruce Banner, rules over a world devastated by nuclear war as a paranoid, insane genius. Through his many encounters with remaining heroes, time-hopping enemies and entities, and his struggle to keep things in order, Maestro proves to be a version of our hero that shows a whole new side to him after the nuclear fallout. It builds a compelling villain that has appeared in many variations of Hulk’s history and media appearances, and is a great read in general.

READ: Need some more iron in your life? Check out our IRON MAN Essential Reading List

And there you have it. All the essential reading you need to get the best, and most tragic and trying, times of the Incredible Hulk. Through his many struggles, reincarnations, and appearances, he has become a hero that many of us can relate to—a balance between man and beast, constantly hunted and judged by those around him, even those he considers friends. Through this essential reading list, you are sure to get acquainted, or perhaps reacquainted, with the giant green juggernaut in all the best ways.