Following the trauma she experienced during CIVIL WAR II, namely, being put into a coma by Thanos and waking up to find that her cousin Bruce Banner (AKA The Hulk) had been killed by Hawkeye, Jennifer Walters (previously She-Hulk, now ‘Hulk’) begins to make the difficult transition back into society. While readers are more accustomed to an in-control and composed Jen Walters, writer Mariko Tamaki shows readers a broken Walters putting herself back together. Wracked with anxiety, for post-CIVIL WAR II Jen Walters, even taking the subway to work is an ordeal. How does she cope? Cooking videos, per the recommendation of a nurse.

READ: Another strong, green woman got her own self-titled! Check out our review of GAMORA #1!

Walters resumes working as a lawyer, with a caseload apparently filed entirely by superhumans. Her first case is an agoraphobic woman with restorative powers, identified only as Miss Brewn, who is being harassed by her landlord and threatened with eviction. Miss Brewn makes multiple appearances throughout the issue, leading me to believe that she’ll be playing a larger role as the DECONSTRUCTED story arc continues. Later, Walters is badgered by Florida Mayer, a sociologist intent on interviewing Jennifer for his upcoming book. This launches Walters into a panic attack, leaving her in a position all too familiar for readers who know individuals suffering from anxiety disorders: curled up in a ball on the floor by a dimly lit laptop. 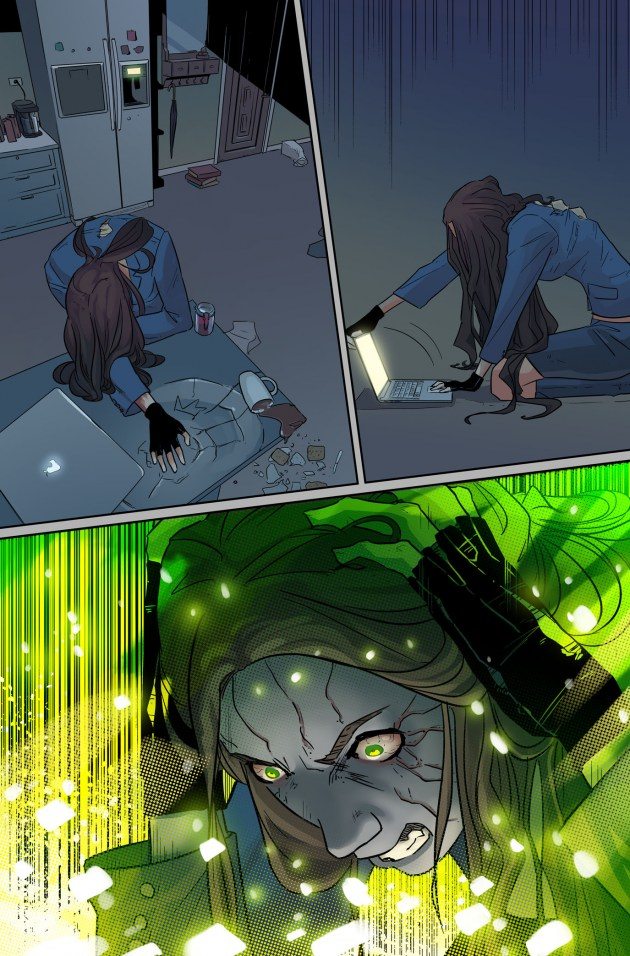 Writer Mariko Tamaki’s HULK #1 is a positive and realistic exploration of life with mental illness. She takes one of the most grounded and powerful characters in the Marvel Universe, and leads readers through a mental illness narrative characterized by strength and the road to recovery. For Tamaki’s Jen Walters, the trauma she’d suffered and the resulting PTSD are no more than additional haza trauma she’d suffered. Tamaki’s Jen Walters is anything but weak, Tamaki’s high caliber of characterization sets the stage for a run on HULK that will contend with, if not potentially outshine Slott’s iconic stint with the character back in ‘04.

READ: Like superhero comics that deal with mental illness? Check out HELL, ON MY COUCH #0, available exclusively on ComicsVerse!

Artist Nico Leon backs Tamaki’s narrative with sleek, mature linework that reflects the professionalism of the book’s protagonist. Leon is able to expertly capture the full range of emotions displayed by Walters. My personal favorites are the determined look Jennifer expresses in order to reassure herself before leaving her condo, and the sheer panic on her face in the elevator as she returns home at the end of the workday. 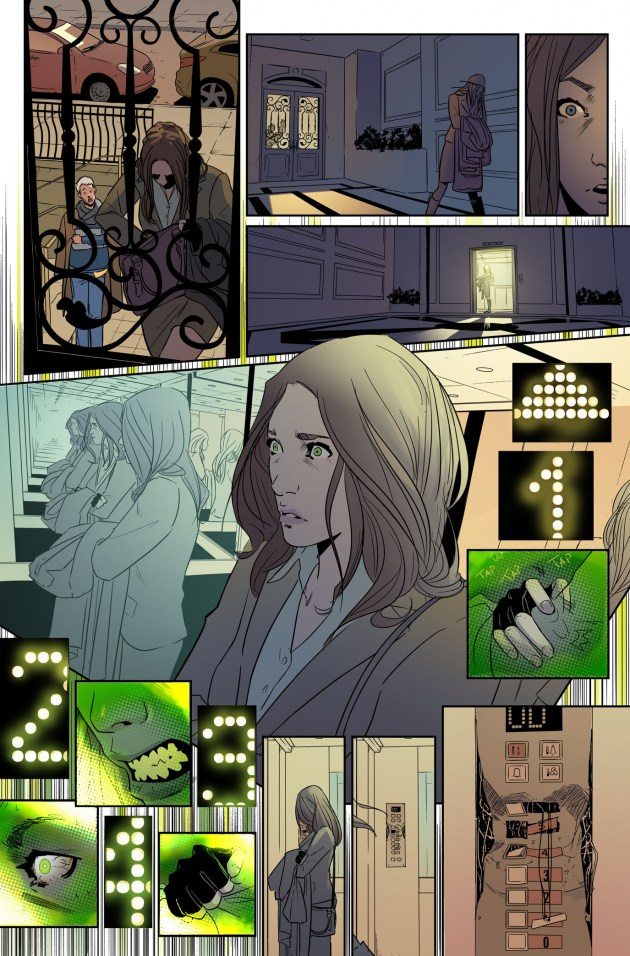 Colorist Matt Milla expertly conveys the tone of the narrative, building off of Leon’s artwork. While Milla does employ the same palette over the majority of the issue, he periodically strays from it in order to skew the palette towards Walters’ state of mind. For example, Milla uses sharp, bright colors to highlight the frustrated peak of Walters’ panic attack, and swathes entire panels in a muted blue during its aftermath, in order to communicate her utter despair to the reader.