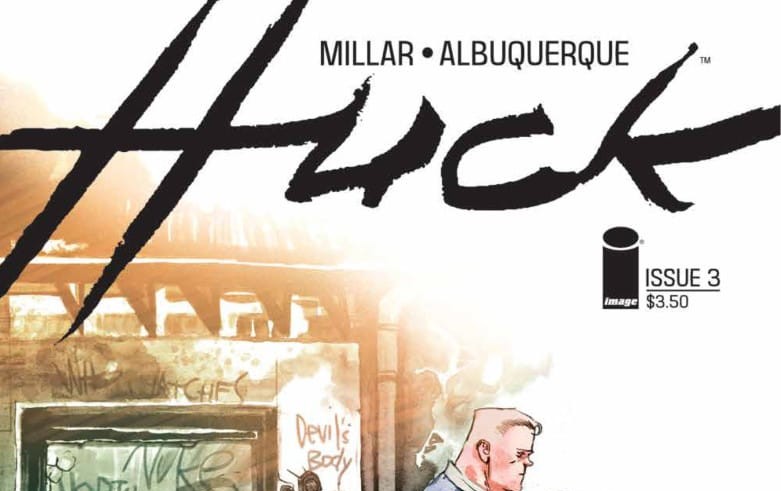 Mark Millar and Rafael Albuquerque’s new series, HUCK, is the next in a long and (sometimes) distinguished line of comics that are basically thought experiments.

What happens when the bad guy actually wins? (Mark Waid’s EMPIRE). What if Bruce Wayne chose to really be a billionaire playboy instead of fighting crime? (Joe Casey’s SEX). To me, HUCK seems to answer the question of what Clark Kent would have done if he had never left Smallville, and the team of Millar and Albuquerque have succeeded so far in building on this promising foundation.

LISTEN: Speaking of killer Image comics, check out our podcast on NAILBITER!

Now at Issue #3, HUCK is the story of the eponymous main character, a gas station attendant—alternatively described as “slow,” “special,” and “simple” (along with harsher names)—with supernatural physical abilities and the brilliant power to find that which is lost.

Let’s take a second to appreciate that, in itself. If other creators have developed characters with the ability to find things that are missing, I’ve missed out. The response I gave on the ComicsVerse staff questionnaire notwithstanding, this is the superpower that I would choose given a full menu of abilities. I lost my glove the other day, and the elation I felt upon finding it—tucked into a couch cushion, naturally—was probably the best I felt all day (maybe that should tell me something). 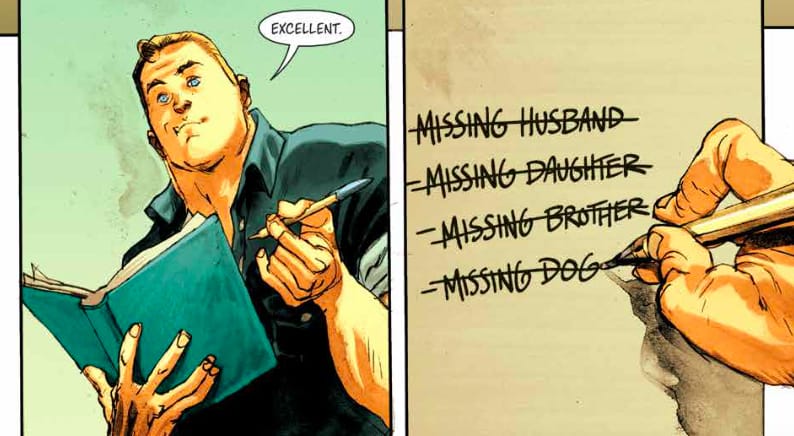 Digression hurdled, Huck’s secret is safe in his small hometown, until a newcomer blows his cover. The American public and the media respond with requests and celebrations that quickly turn exploitative. Throughout, Huck remains truly kind, taking care of stray cats and homeless veterans in turn. Sinister elements, though, are brewing: a mysterious Siberian scientist, a governor greedy for a political boost, and, potentially, Huck’s own long-lost brother.

HUCK is a thoroughly enjoyable read. Always the cinematic storyteller, Millar has crafted a compelling narrative that feels just as well suited for the page as it might be for the big screen. His tendencies aren’t all great, as clichés sometimes saturate the narrative; here, it’s the small-town boy exploited by the big-city folk, with his friends left out.

READ: Want more great artwork? Give THE GODDAMNED a look!

That said, Millar initially created the character specifically as a counter-stereotype in an era of dark superhero stories. Even outright saying that he developed the character particularly in response to the Superman film Man of Steel’s violence. It will be interesting to see whether he carries through with this project when the aforementioned indications of evil eventually manifest in later issues. 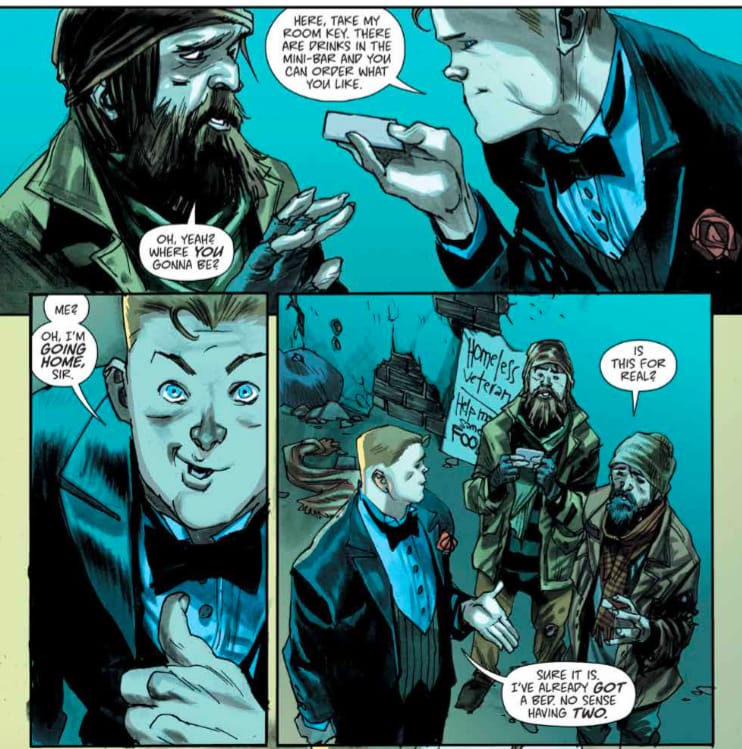 Regardless, this is a comic worth reading. Albuquerque, the artist behind AMERICAN VAMPIRE, will always be enough for me to pick up a comic, and his work has been exceptional over the first three issues of HUCK. He has dealt with a variety of settings as Huck has tracked down missing daughters, brothers, dogs, scumbag husbands, etc., but his depictions of middle America are especially nice. It’s interesting to note that while neither Millar nor Albuquerque is American, they’ve produced a comic whose great charm is in its depiction of small-town U.S.A., something they’ve discussed in interviews.

Those who have missed out on the first two issues of this series should have no problem catching up and won’t regret doing so. HUCK is one of my favorite books going right now, and it just seems to be picking up steam.