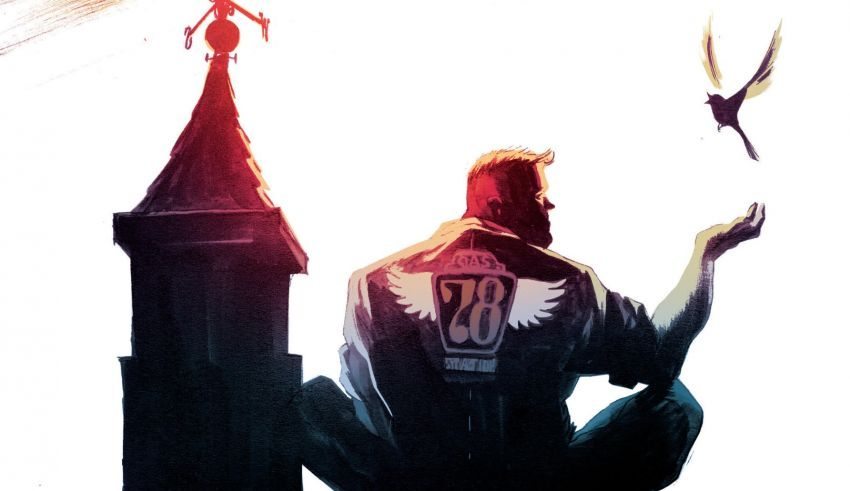 Mark Millar is back with the third Millarworld title released from Image this year, HUCK. With art by Rafael Albuquerque, HUCK may be the prettiest book Millar has had published this year. The orphaned, small-town boy who can do miraculous good deeds has his secret exposed sounds like a basic Superman storyline so what makes HUCK so special? Let’s find out, ladies and gentleman!

READ: Check out our review of Mark Millar’s CHRONONAUTS #1!

I must admit at the beginning of this review that I have a soft spot for both Millar and Albuquerque. Mark Millar’s ULTIMATES was the first comic book series I ever read and it sparked a fire in my imagination and a desire to read like I never felt before. I fell in love with Albuquerque’s artwork with his run on BLUE BEETLE, the first book I ever added to a pull list. Separately, these creators have had a huge impact on my perspective towards comic books so I was in my glory when HUCK was announced. Having not read any previews or synopsis of the title beyond Millar’s recently-penned article on the book being a reaction piece to MAN OF STEEL, I went in blind. After reading issue one of HUCK, I can say that these two creators have made a comic so wonderful that I haven’t stopped smiling since I put it down. 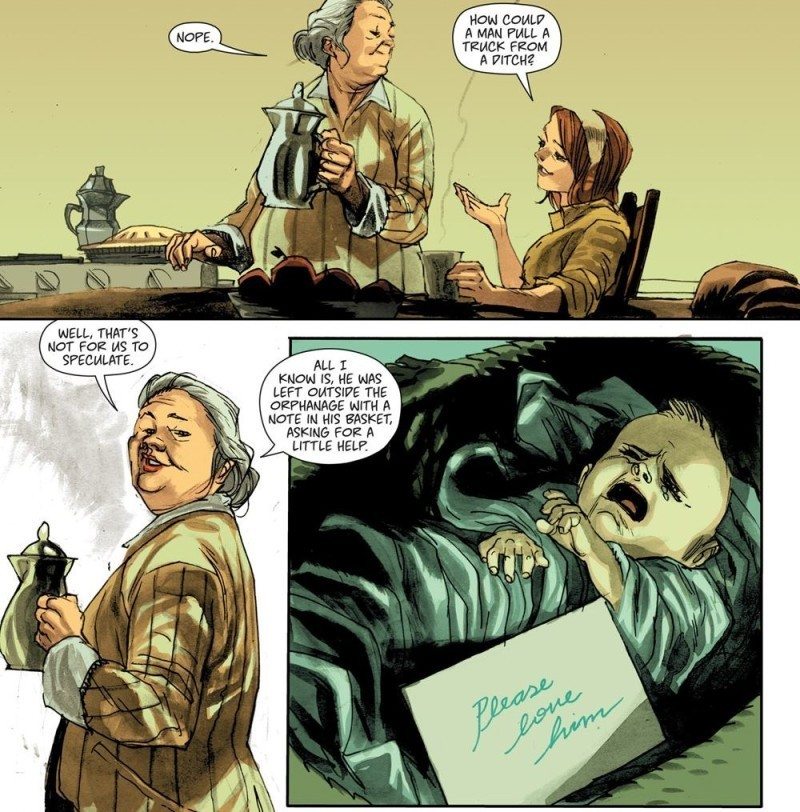 The comic opens up with our titular hero hopping over cars on traffic, running through city streets, and jumping over a cliff all to find the gold necklace recently lost by a new citizen of his town. You see, Huck has unexplainable powers and he uses them to help people. As a child, he was left on a doorstep with a note that read, “please love him”, and that’s just what the town did. Keeping a list of good deeds to do per day, Huck does whatever he can for the town that adopted him with the gifts he was born with. It’s not only his town he’s willing to do good deeds for but anywhere in the world, as seen when he rescues the 200 schoolgirls in North Africa from Boko Haram. There’s just one rule, his powers need to be kept a secret by the town’s citizens so nothing bad happens to Huck. Every new member of the town must be told Huck’s story and made to promise to keep his secret.

WATCH: Our interview with artist Rafael Albuquerque at NYCC 2015!

I’ll say it right now, HUCK is the greatest Superman title being published right now. Yes, having read that it’s Millar’s reaction to Superman being an onscreen murderer, my opinion may be a bit biased. Though, reading the issue, this is the story of a small town boy with great abilities who has devoted his life to doing great things. This is the Superman ideal, this is what writers have struggled with when writing Superman. HUCK is a story about love and it’s beautiful. 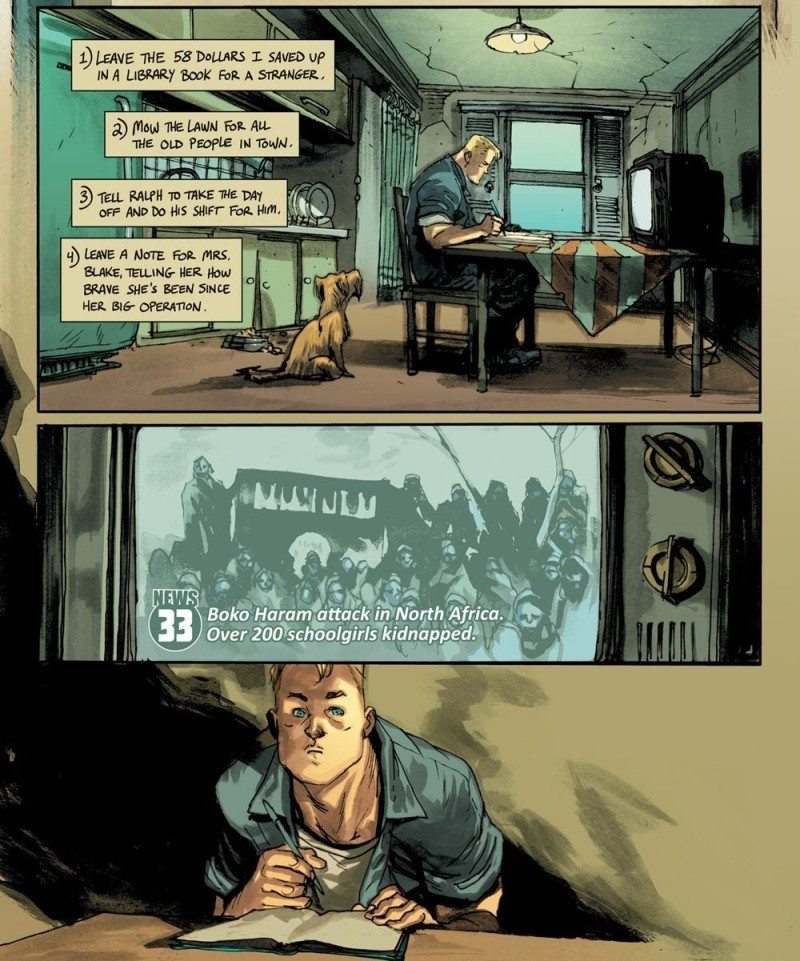 Rafael Albuquerque’s pencils flawlessly match the tone of this issue. He is one of the few artists working in comics who truly is a master at showing emotional expression on the page. This is a comic about love and you can feel it on every page. That’s not to say this is a romantic book by any means; Huck is full of action sequences, something Mark Millar is quite famous for. Yet the rushed pacing of the storytelling  usually found in Millar’s past Image work is gone. The comic’s narrative moved quickly. but each panel was a necessity to the story; a beautiful grab at my attention.

I’m a big Mark Millar fan and unfortunately, a huge critic on top of that. I’ve often claimed that Millar’s books in recent years are actually just the storyboards for the eventual movie adaptation and that’s not an opinion I’ll back down from. I genuinely believe that Mark Millar is a genius in the medium of comics, just a genius whose head is in Hollywood. This is why I’m so happy that Huck reads like a comic book filled with believable characters. As stated before, this is a book about love and as a reader, you can tell Millar and Albuquerque love this protagonist and this story. Huck is the best Millarworld title that I’ve read since I first read KICK ASS and you need to go out and buy it right now. 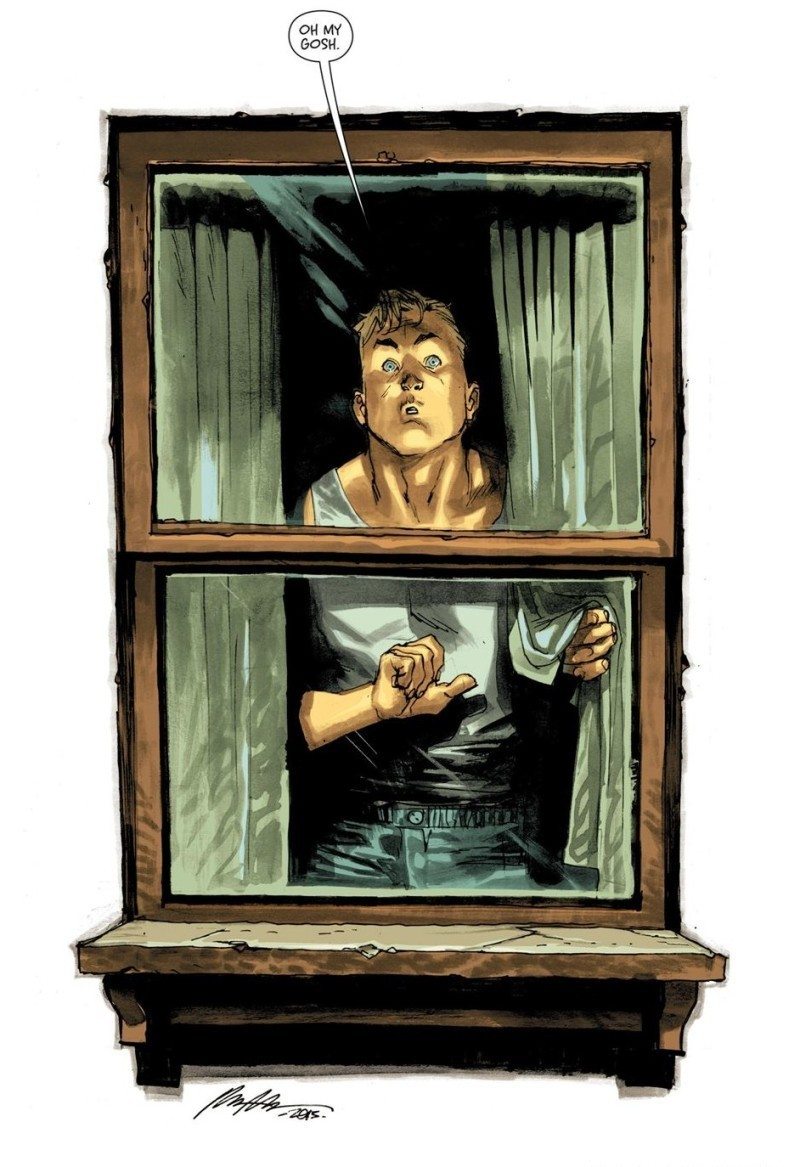