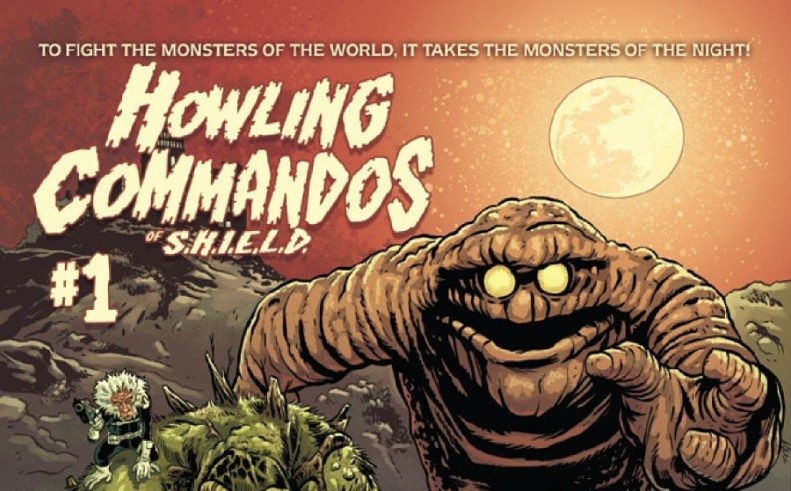 HOWLING COMMANDOS OF SHIELD #1 needs the monsters of the world to save it from something a lot more sinister!

The HOWLING COMMANDOS OF SHIELD is a strange beast. It definitely has potential but there’s something a bit jarring about the whole proceeding. The premise is pretty straight forward: put together a group of monsters to fight against the supernatural threats of the Marvel Universe. Part of the All-New All-Different Marvel relaunch, HOWLING COMMANDOS OF SHIELD is a full hearted attempt at something quirky, fun, bordering on the scary side but with plenty of horror references thrown in (the ship they’re on is called ‘Cheney’. Anyone?).

READ: See what Dum Dum was up to before his untimely death in my review of CAPTAIN AMERICA: WHITE #3

Part of a sub-division of S.H.I.E.L.D., S.T.A.K.E. consists of Dum Dum Dugan, Warwolf Zombie, Jasper Sitwell, Manphibian, Vampire By Night, Orrgo, Man-Thing, Hit-Monkey and Teen Abomination. Located beneath Area 13 they receive their orders to protect the Earth. Or that’s the plan anyway. 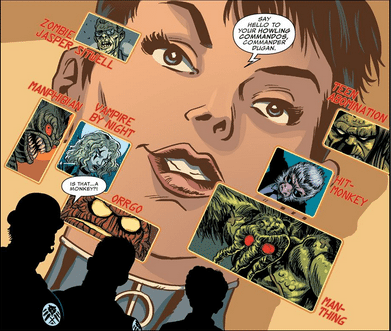 This first issue deals with a mission in free flow, and one of the nice things about this is that there is very little set up. You as the reader are thrown into the deep end and expected to keep up. Fortunately Barbiere gives us enough to understand what’s going on amidst the action. Each character has a moment to show us their power set, and it’s a team that can work together. There is no one who feels like they could be a problem, Well, apart from Zombie Sitwell. 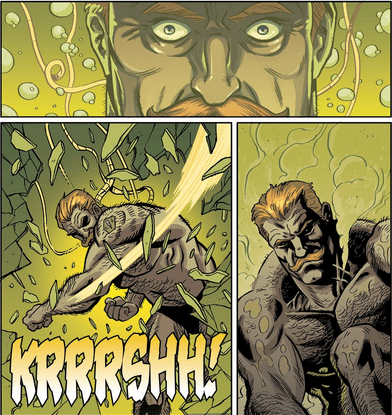 Dum Dum himself is nicely written, and while I’m not a fan of the fact that he’s a L.M.D. (Life Model Decoy), I do like the way Barbiere showed how that aspect worked. And there’s the thing, moments like that, with Dum Dum’s consciousness jumping from one robot body to another, worked. Barbiere and Schoonover get that moment right, and the panel jumps work so well.

READ: Keep up to date on the All New All Different Marvel with Tom’s handy guide!

But it has a haphazard feel to it, that seems too chaotic. There is a threat to the team, but not enough emphasis is given to that. The big monster is introduced in a small panel in the corner and there is no sense of danger. Maybe that’s the point, that the threat is not the main focus of the story, but the characters are. However, the characters don’t get enough time to justify that, and the comic kind of stops and starts. Schoonover’s art suits this sort of story, but it feels a small bit bland, nothing really stands out, and it feels flat on the page. This comic and these monsters need energy because they are larger than life, but it rarely feels that way here. The art is good, but it’s not strong. And a series like this needs to be to stand out against the heavy hitters it’s going up against. HOWLING COMMANDOS OF SHIELD feels more like a mini series than anything, but hopefully a few more issues will prove me wrong.

Agree or disagree with my review? Let me know what you think in the comments section below or on Twitter @Comicsverse.

READ: How is the All New Different Marvel relaunch going so far? Tom has the answers!