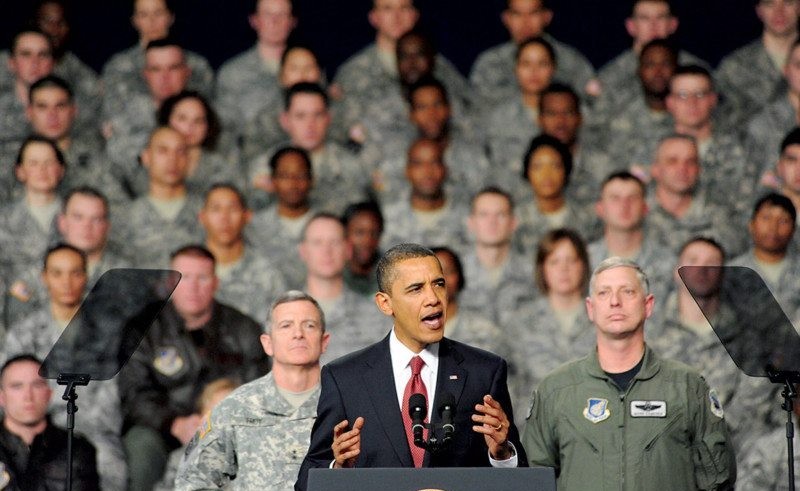 In D.C., the past eight years have been defined by partisanship. Any attempt by Obama to introduce change has been resolutely opposed, just because it was introduced by Obama. As former Ohio Senator George Voinovich said “If he was for it, we had to be against it.”

In their attempt to make Obama as powerless as possible, Republicans forced him to work around them instead of with Congress. However, they did not manage to block him or make him powerless. Instead, they made him one of the most powerful presidents of all time. 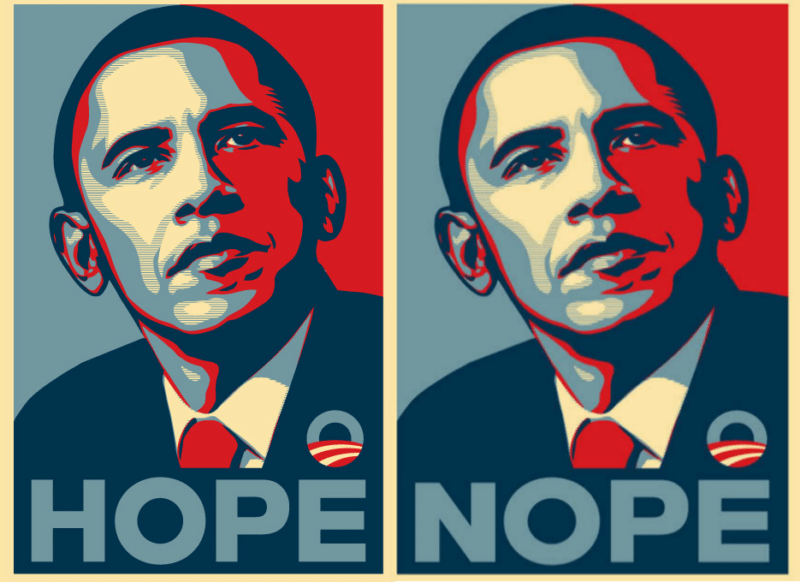 After gaining control of the House in 2012 and in the following congressional election, control of the Senate, the Republicans have attempted to make Obama effectively a lame duck president. The Grand Old Party’s chosen tool is to block anything they can and oppose the president on almost every issue. Refusing to even consider a Supreme Court nomination is just the latest incarnation of this political tactic. Unless Obama takes a conservative position, the opposition will not subside.

The president’s exasperation with Congress is more than obvious. On July 30th 2014, he told an audience in Kansas City “We could do so much more if Congress would come on and help out a little bit. Stop being mad all the time. Stop just hating all the time.” Similar groans came from congressional Democrats: “The Republicans,” moaned DNC Chairwoman Debbie Wasserman-Schultz, “refuse to do anything.”

But the Republicans’ rejection of action has become a surrender of power. Rather than utilizing the largest Republican majority since 1931 to dominate the legislative agenda and reach across the aisle to craft bills which represent their conservative voters, they have instead chosen to do nothing. The control of congress did not result in greater action. It was used to build a wall between the parties.

READ: Why Superdelegates are good for Democracy!

With their lack of action and movement into a party of defense, the Republicans have chosen to suffer attacks from the president and congressional Democrats alike. Obama, despite facing consistent opposition, has not had to defend himself from political action. The ball has remained in his court. It has been up to the president to make the first moves, maneuvers, and movements necessary to achieve his own ends.

And he has succeeded.

The usual weapons of choice to override congress are the veto and the executive order. Obama, however, has used these tools significantly fewer times than other presidents in recent years. At an average 32.8 per year, he has issued the lowest amount of executive orders since Grover Cleveland’s first term in the 1880s. Obama’s weapon of choice? The Presidential Memorandum. Dubbed “executive orders by another name” by USA Today, they operate much in the same way. Obama has issued nearly 500, far more than any previous president.

Note that memoranda are not laws passed by Congress. Nor are they formal regulations. They are not even executive orders. They are memos that “hereby direct” the federal hierarchy to expand state power. While often aimed at federal government contractors, they affect private sector planning, and they don’t disappear unless a future president revokes them.

Here are some examples that appeared in the Federal Register:

CLICK: Times They Are A Changin’: The Resurgence of Politics in Music

But these just scratch the surface when we step back and look at thousands of  unilateral decrees, guidance documents, and proclamations by federal agencies beyond their thousands of “normal” regulations.

In the eyes of the G.O.P., he has pushed the boundaries of executive power, abused the constitutional rights of the presidency, and manipulated the system to act unilaterally against the will of the people. Republicans give cries of authoritarianism. He is not simply an ideological opponent but a dictator – a constant accusation most recently hurled by Chris Christie. 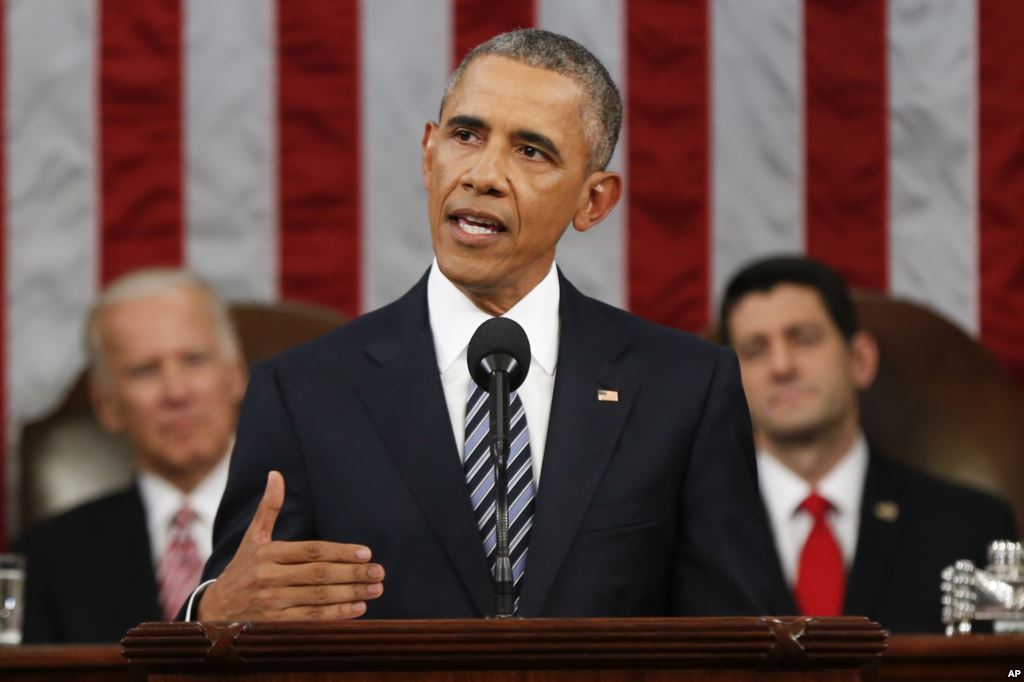 What Republicans fail to realize is that they have caused his expansion of power.

George W. Bush’s expansion of power after 9/11, the delegitimizing of the opposition by themselves, and the absolute partisanship in Congress has forced and enabled President Obama to become one of the most powerful presidents in U.S. history.

After 9/11, the executive branch was subject to a huge expansion in power, occurring predominantly in foreign policy, but with additional effects in domestic politics too.

Frequently side-lining congress, and often in secret, the Bush administration comprehensively redesigned the president’s remit in both foreign and homeland security. Bush authorized the NSA to eavesdrop on e-mails and phone calls from to the U.S. to foreign countries without obtaining a court order. This effectively circumvented the 1978 Foreign Intelligence Surveillance Act passed by Congress.  The CIA was given implicit authority to capture, kill, or detain foreign terrorist suspects anywhere in the world. In addition, Bush issued a stream of signing statements, signaling intent not to comply with over 750 provisions of laws.

The constitution declares that the president must “take care to ensure that all Laws are faithfully executed.” Bush however, on repeated occasion, declared he did not need to “execute” a law he believed, in his own interpretation, was unconstitutional.

A precedent was created that permitted the executive branch to ignore Congress as it saw fit.

This had been the goal of neoconservatives for decades. Since the post-Watergate reforms, which put a brake on presidential power, many conservatives had worked hard behind the scenes to reinstate the president’s ability to side-step congress and implement the executive branch’s will.  This gained momentum in the 1980s and was articulated in the 1987 minority report of the Iran-Contra committee—the committee created to investigate the Iran-Contra affair with such members as future vice-president and éminence grise Dick Cheney, and young lawyer, David S. Addington, who would be the future VP chief of staff and legal counsel.

The Iran-Contra minority report wrote that the president has historically had the right to act “when Congress was silent, and even, in some cases, where Congress had prohibited action.” 9/11 provided the perfect backdrop for the president to regain these powers.

In UNCHECKED AND UNBALANCED: PRESIDENTIAL POWER IN A TIME OF TERROR, Frederick A. O. Schwarz Jr. and Aziz Z. Huq state that Bush and his team used 9/11 and the war on terror “to eliminate the checks and balances imposed by Congress and the courts.” 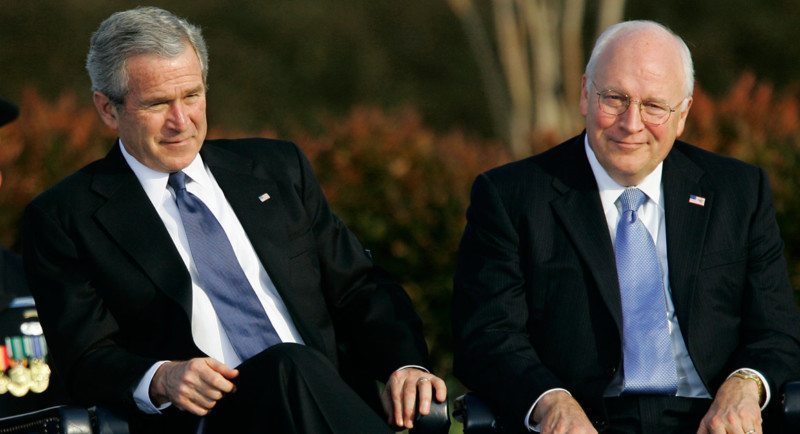 Whilst much congressional and media focus was on the controversial Patriot Act, with the use of executive orders, the U.S. surveillance and security services had their powers significantly expanded: unchecked and unpreventable.

The Bush administrations, craving to expand executive action, paved the way for unilateral action. It would no longer be unprecedented for following presidents to continue down this path.

Delegitimizing of the Opposition

Normally in politics, the opposing party belittles the other party. One party will try to make the other seem unimportant and their arguments invalid. They attempt to make the opposition’s positions appear irrational and from a place of ignorance. The Republicans, however, have succeeded in doing this to themselves.

Recent Republican Party history is tainted with more and more ridiculous politics.This includes everything from the ‘Birthers’ and their repeated calls to see Obama’s birth certificate to one time presidential nominee favorite, Dr. Ben Carson’s, anti-vaccination stories and belief that the Egyptian pyramids were biblical grain stores. Not forgetting Senator Jim Inhofe of Oklahoma bringing a snowball into the most powerful nation’s most senior legislative body, the senate, to “prove” that climate change does not exist. Or how about the selection of Sarah Palin to be a vice-presidential candidate? Oh, and just about everything that Trump says.

The Grand Old Party appears to be distancing itself from the great conservative intellectuals of yesteryear. William F. Buckley Jr., Russel Kirk, and Barry Goldwater would scarcely recognize the party today. Instead of being the party of clear and reasoned thought with three simple aims—lower taxes, fewer regulations, and smaller government—they now appear to much of the public as a party of illogical thought, ignorance, and xenophobia. A party which chooses an apparently unprincipled, inexperienced, and populist businessman willing to say anything gain votes to be their presidential nominee.

Consequently, the gradual degradation of the Republican Party has resulted in delegitimizing themselves. They no longer appear to be a reasonable opposition whose concerns and objections deserve rational response. The cool and calm lawyer doesn’t take advice from the man outside the courthouse frothing at the mouth, preaching that the end is nigh. Obama’s bypass of Congress seems like the reasonable and rational thing for him to do.

By delegitimizing themselves they have eroded any political gravitas they once had. With this, Obama’s expansion of powers has been justified and, arguably, needed.

Obama’s presidency has been mired by partisanship. At times, his legacy looks like one of frustration against an immovable and irreconcilable congress, remembered as the president who tried but couldn’t. Perhaps his biggest domestic legacy project, the Affordable Care Act, may in the long-run prove to be what he is remembered for. But as his final term comes to an end, congressional partisanship dawns as the greatest memory of the Obama administration.

Despite the majority of beneficiaries living in Republican controlled states, not a single Republican in either the House or Senate voted for the Affordable Care Act. The government shutdown in 2013 led by Ted Cruz, the near debt-default in 2011, and the absolute rejection to consider a Supreme Court nominee after the vacancy left by Scalia’s death all highlight the partisanship approach the Republicans have taken. 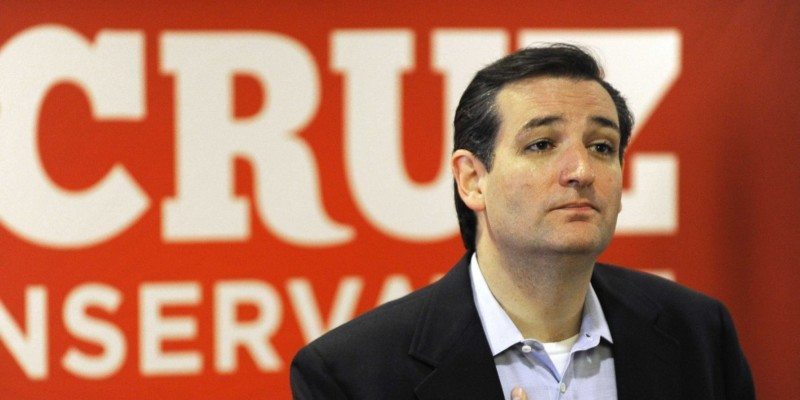 Obama has had no choice but to work around Congress. Republicans have forced him to ignore them.

What does this mean for future presidents?

History shows us that once the executive branch’s power has been expanded, rarely do those following reduce this power. Precedent gives power to the president.

The Republicans have enabled Obama to become one of the most powerful presidents. Through a combination of power expansion under Bush and the Republican executive branch, the Republican’s making of Obama’s side-stepping seem reasonable, and the absolute congressional block, they have forced Obama to use every political tool available to achieve his own objectives, with or without their support.

Under Obama we have witnessed the true power of the executive branch. A united opposition with control of both houses of congress cannot stop the president.