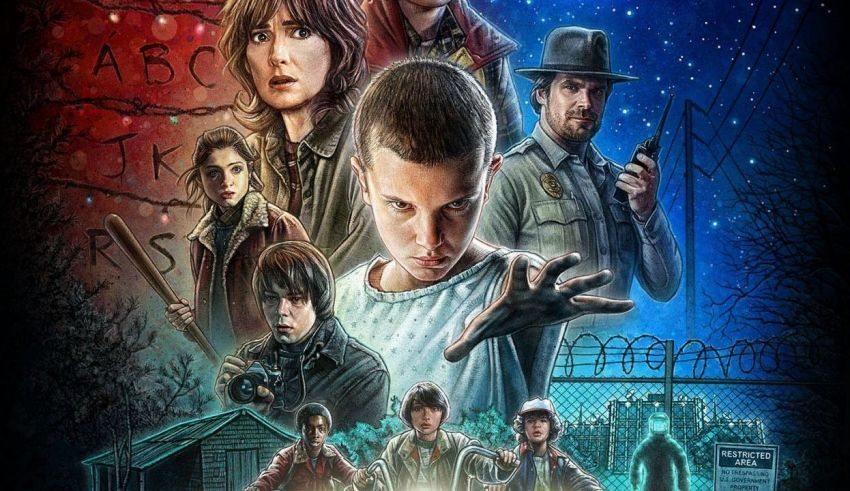 There are many times where a television show’s length can make or break its reputation. This applies not only to how many years it stays on air, but how long each season is. Some shows go on for twenty-some episodes every year but now, bigger and better shows are trimming that number down. This shortening of television seasons helps maintain the show’s original quality over a longer period of time. Rather than throw in excessive storylines to extend the show, it stays focused. The progressive change of putting out shorter seasons is helping more television shows improve and further the genres.

Many people are fans of shows that have long seasons because they enjoy how much content they get out of one season at a time. However, sometimes this over-saturation of episodes lessens the show’s quality. For instance, seasons of THE WALKING DEAD have whole episodes where people just walk through the woods, without any real plot. Since the biggest original storylines finished around season three, the show has lost its roots, and consequently emotional investment. Even big character deaths don’t hit as hard, as we’ve become accustomed to random deaths after six seasons. The show had established the basic survival plot in season one but as the seasons progressed, THE WALKING DEAD became repetitive and bland to many viewers. Hence why the spinoff series, FEAR THE WALKING DEAD, was released in order to keep the brand alive in a new way as it focused on characters and storylines set before the events of its parent series.

READ: How is television still failing its female characters? Find out about the problem of using sexual assault here!

Some shows just don’t have enough material or progression to be strung out for an extended amount of time. The creators of LOST, for example, were not planning on making the show run for too long. They knew they only had so much story to tell, and wanted to stick with that vision. The network tried to make them churn out more episodes and storylines, and the show suffered because of this. Notably with the third season (especially with Jack’s tattoos) the network realized that it couldn’t let LOST spin its wheels the way THE WALKING DEAD currently does.

By cutting a show’s seasons down, creators can fine-tune their storytelling. Some of today’s top-grossing television series keep seasons between ten and thirteen episodes. STRANGER THINGS, the recent Netflix hit, is only eight episodes long with each episode being nearly an hour long. The show is basically a long movie, but also a massive cultural phenomenon, enticing loads of viewers. These shows could pump out twenty-some episodes every season, but there’s no need. It’s the concept of “quality over quantity”—rather than churn out filler, these shows put out controlled doses of excellent television. 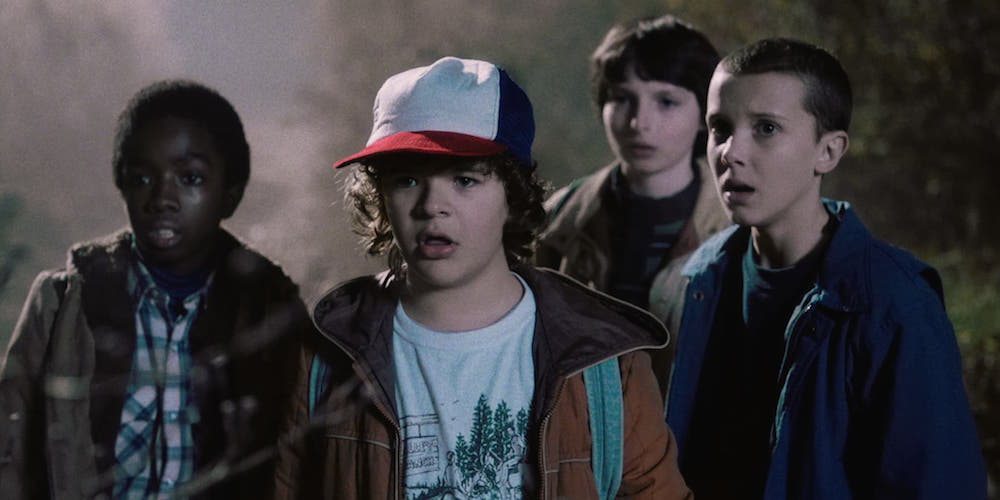 Many network shows have long seasons to ensure people are always watching. It’s a smart business move to keep viewers, but it makes television more a mindless activity than an art form. Having these shorter seasons helps to romanticize the content and build hype for when the show is off the air. Since a show is only out for ten to twelve episodes, it becomes more of a treat to watch. These shorter seasons also keep shows from burning through scenarios, avoiding the monotony that comes from having so many episodes. This movie-like television encourages repeated viewing as a season unit, and stresses the importance of keeping up every week.

READ: What makes time travel work in television? Read about its failures and successes here!

Anthology series are another success. Not only do these shows have a smaller episode count, they also focus on different storylines per season. AMERICAN HORROR STORY, for instance, keeps a whole different theme of horror for each season, like haunted houses or circuses complete with a killer clown. Each season focuses on telling an assortment of stories related to a specific theme. This structure helps the series avoid exhausting its potential. If the show kept with the same theme throughout its run, it would inevitably run out of interesting stories. By constantly staying fresh, the show can explore a varied series of horror stories, and stay engaging.

While a lot of these examples center around dramas, the same can be said for comedies. Comedic television shows don’t necessarily have quite the same focus on season-long story arcs. However, even thirty-minute, situational comedy shows can be aided by shorter seasons. If a half-hour sitcom is on just to be on, episodes quickly become bland, or just funny enough to justify staying on air. On the other hand, when comedy seasons are kept short, it has the same potential to heighten quality just as with dramas. SOUTH PARK is one of the most intelligent, satirical series on television. The animated series sticks to ten episodes a season, in order to handle the pressure of keeping up with current events and consistently have sharp humor. Stripping away the fat helps both dramas and comedies stay true to their original vision and excellence.

One of the biggest overall appeals of shorter seasons is binge watching. In an age with loads of streaming services, binge watching has become the standard method of consuming television for many. Making shows shorter helps to make them more digestible. Rather than devote months, if not weeks, to getting through a series, now viewers can catch up in a day or two depending on how many seasons the series currently has. The anthology series can be seen as a series of films, so viewers don’t have to rush to catch up and remember all of the characters or crucial plot points. They also can skip to whichever season they want, as they won’t have to know everything from previous seasons. It makes watching television less of a task to trudge through, and more of a healthy dose of entertainment.

Another important aspect to note of these successful short-season shows is their network. Many of the biggest dramas are on cable networks, or online streaming services. Removing the shows from networks removes many of the content requirements shows need to be on air for a large audience. It allows creators to take more risks, and explore different types of storytelling. Without the constraints of reaching for broad appeal, the shows are free to explore darker subjects, more realistic language, and hold no punches. Since these shows tend to yield better content, they aren’t something you can easily pop on the TV and zonk out to. On top of that, sticking to shorter seasons gives these shows an opportunity to firmly establish their voice. These shows have to entice viewers, so their creators are constantly reinventing the norm for television.

READ: Should some television shows be given a second chance after cancellation? Delve into the topic here!

This isn’t to say that every show with shorter seasons is brilliant. Plenty of shows with short seasons don’t always fair well. While the first season of TRUE DETECTIVE was highly praised, the second season flopped hard, as it went a different, disjointed direction and spread itself thinner with more characters. Certain shows still get cancelled after one short season, like THE BRINK, TERRIERS, or HELLO LADIES. Keeping seasons short doesn’t make up for what the show lacks in quality. If the show isn’t as well written or engaging, it will fail no matter what. Take the third season of HOUSE OF CARDS, or the fifth season of GAME OF THRONES. When these shorter, event-like shows don’t meet expectations, fans feel betrayed and majorly let down. 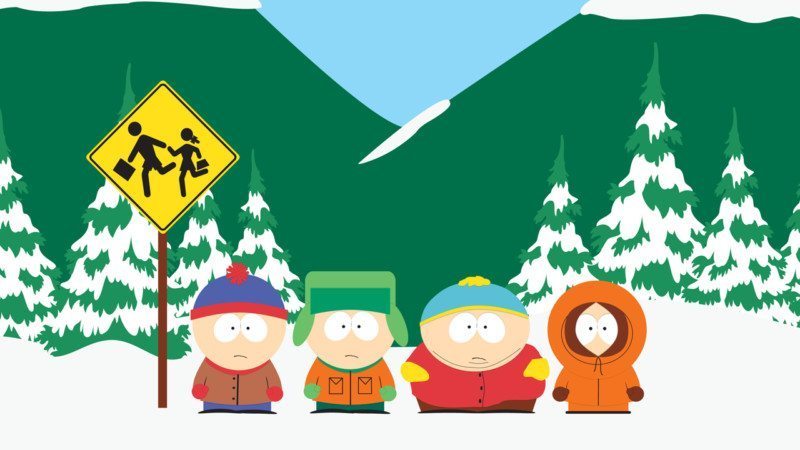 Shorter seasons don’t determine how good a show can be, but if you have a successful, well-written show, and you want to maintain a specific quality, keeping it shorter helps to do so. With a clear vision of what works for the show, a shorter season is best for focusing on those elements and helps to highlight its strengths. These shorter shows then become more accessible to fans, as people can catch up quickly and be in on the references. Because of this progressive change, television is getting more recognition as an art form. The vast wealth of digestible, high-quality content is making television more of a treat than a mindless activity. With more shows hopping on this bandwagon, hopefully we’ll see more short and sweet shows as the medium continues to evolve.