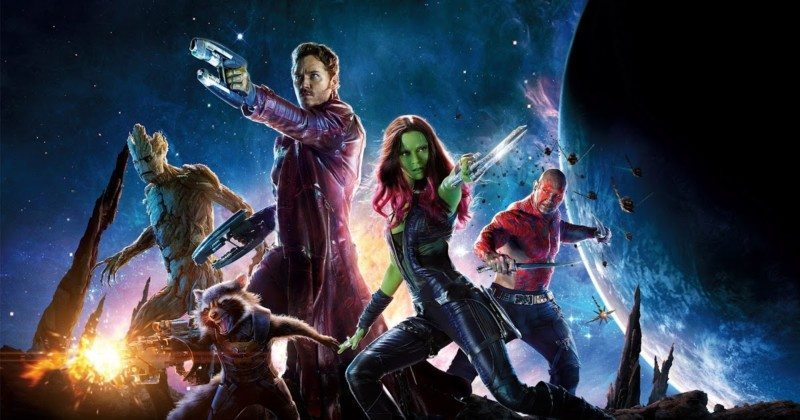 What makes a story “epic”? For years authors, developers, and directors have tried to capture the magic of movies like STAR WARS, books like THE LORD OF THE RINGS, and video games like THE ELDER SCROLLS to tell stories that take you to a new world with a backstory so huge that it can be expanded into sequels, prequels, and spin-offs.

From the Epic of Gilgamesh, to the works of Homer, to the Marvel Cinematic Universe, epics have been a staple of civilization since it began. They’re larger than life stories that inspire generations, that exemplify our hopes and fears. They attract massive fanbases who form subcultures of their own. People tattoo iconic symbols on their bodies, they name their children after their favorite characters, they spend days reading wikis on the internet, learning more about the lore and mythos behind their favorite tales. An epic has the power to bring people together, to identify the values that bind a culture, to both celebrate that culture and to challenge it.

But what makes them work? I used to think making an epic was a complex process, some arcane ritual that lets you trap lightning in a bottle and create a living world that’s larger than the sum of its parts. That is, until I saw JUPITER ASCENDING, a movie that gets it so wrong that I immediately understood how to do it right. A film so enthralled by its own scale and complexity that it forgets to make a coherent story around it.

At first glance, it seems like a visually interesting movie taking place in a massive universe with an intricate backstory. Isn’t that all an epic story needs? Well, not quite. For every STAR WARS,there’s a STARCHASER. For every WARCRAFT, there’s a TERA. For every “epic” story that succeeds, there’s ten more that fall flat on their faces.

So, what are the fundamentals of an epic story? Why do some work while others don’t?

A Sense of Scale

This is what distinguishes your average story from one that’s “epic.” There needs to be a sense of a larger world surrounding the narrative. No matter how strange and detached from reality, the viewer needs to feel like they could step into this setting and explore it. But achieving this requires more than a world that feels big. You need to pay attention to the smaller details as well. A massive galaxy is still going to feel small and fake if every planet has one environment, one language, and one government. This is something even the best epics get wrong sometimes, STAR WARS being the prime example. We all have fond memories of the Mos Eisley cantina, the skyways of Coruscant, and the cliffs of Naboo, but the worlds themselves are pretty homogeneous.

Warhammer 40,000 is a setting that does this a bit better. Amidst the galactic space-opera, with wars on a cosmic scale, sorcerers that destroy entire planets, and monsters from the forgotten depths of time, you’re constantly reminded that there are trillions of individuals living through the madness. Within the games and books there are countless descriptions of everyday people caught in the middle of these conflicts, with their own lives and goals and relationships and beliefs. Every world feels massive because attention is paid to the differences between each continent, each tribe or city or nation within the greater Imperium. Because of this, you’re more likely to care when a world is threatened, when the forces of Chaos emerge from the Warp to wreak havoc on the populace. An individual is just a drop of water in a sea of trillions, but their lives matter nonetheless. The more attention you pay to the finer details, the bigger the setting seems by comparison.

Characters We Care About

So you have your massive, detailed world, complete with its own socio-political landscape, religion, and intricate backstory. A lot of writers stop here, and that’s where the problems begin. Critically panned films like SEVENTH SON try to create an epic fantasy world with the typical cliches of dragons, swords, and sorcery, but lack interesting, likable characters to immerse us in their settings.

Unless we’re following people we care about, we won’t care about the world you’ve created. We’re willing to accept silly sounding names and dense exposition if you give us charming, endearing characters whose journey we’re willing to watch.  Think about it: Did you have any idea what was really happening in LORD OF THE RINGS the first time you watched it? It didn’t matter because you were on a journey with people you cared about. We wanted to see Frodo beat the odds and survive his adventures. Everything else was just icing on the cake. GUARDIANS OF THE GALAXY  is another example of this. The characters are well-defined and have time to develop chemistry with one another in the midst of such a strange world.

The film took time to let us get to know these people. We felt the pain of a computer-generated mutant. We were charmed by Starlord’s optimism in the face of certain death. Hell, I know I’m not the only who cried after Groot died [spoilers?]. We felt like we knew these people, and because of that we felt to attached to their world. A tree and a raccoon are our heroes now. That’s the power of a well-told epic.

Films like STAR WARS and video games like THE ELDER SCROLLS are famous for their massive scope. The backstory spans hundreds of thousands of years, the universe is composed of multiple realities, the political landscape is complex and full of intrigue, and the basic laws of science and physics are fundamentally different from our own. All of this contributes to a memorable, interesting, and cohesive universe.

But are the stories themselves all that complicated?

Think about it for a moment: what was LORD OF THE RINGS about when you really break it down? A group of unlikely heroes join forces to destroy an apocalyptic threat. What about STAR WARS? An unlikely hero and his band of misfits destroy an evil Empire with the help of some old wizards. THE ELDER SCROLLS: MORROWIND? An unlikely hero goes to a strange land and kills a god. Or what about a classic epic like the Odyssey? A guy has a long day at work and a longer day trying to get home.

Are you seeing a pattern here? Not only are most of these stories text-book examples of the hero’s journey, all of them can be summed up in one sentence. We’re willing to accept the complex details and sprawling scale of the world because we have a simple narrative to hold onto. When you’re making an epic world, the viewers need to tether themselves to an easy to follow story that allows them to experience it without getting lost. Think about the plot to A NEW HOPE. Without any context or explanation, this could be an incredibly confusing movie. Who the hell is Darth Vader? What even is a Darth? Why are these people drinking blue milk? What the hell is a moisture farm? These questions don’t need immediate answers because we’re engrossed in the simple narrative.

A bad epic will try to answer all of these questions with a deluge of forced exposition. A good epic trusts in its material and believes you’ll be so wrapped up in the characters and their struggle that you’ll allow these questions to be answered in their own time.

Watching a bad epic is like watching LORD OF THE RINGS if the whole thing was Gandalf reading the appendix in the back of the book. Your deep, intricate world is meaningless to the viewer if you force it down our throats.  We’re willing to follow your complex story if you break it down and allow us to explore at our own pace.

I love epic stories. The idea of getting lost in a massive world, conflicts between empires, combat on a galactic scale, it’s something I can’t get enough of. But telling an epic story is a difficult process. Creating a large, cohesive universe is just the beginning. Bad epics stop there, thinking deep-sounding words and confusing exposition are all it takes to make a solid story. But no matter how deep or complicated your world, your story is bound to fail if that’s all you care about. If you want to tell a story that will stand the test of time, remember that simplicity and charm are just as important as size and complexity.