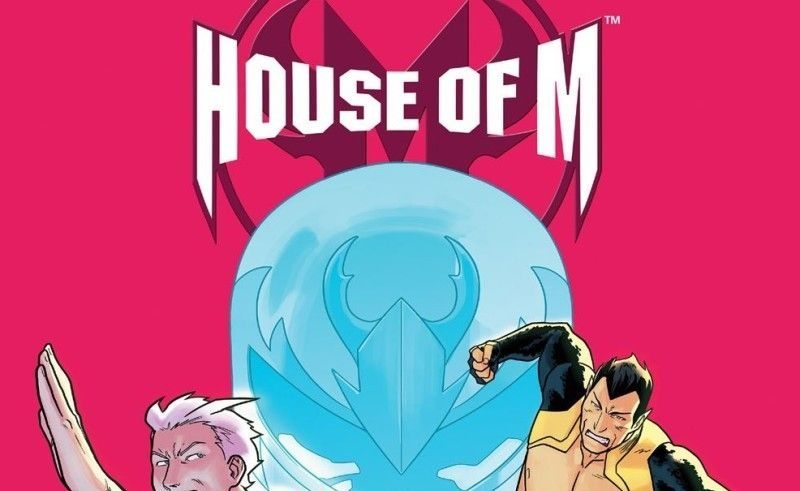 More and more resistance against the Monarchy of M awakes in the House of M domain on Battleworld. Will Magneto be able to defend his realm against the Human Resistance, the ruler of Atlantis and… his own son?

At the beginning of the issue, we find out that there’s something hiding in Magnus’ private study that barely anyone, except for Magneto, seems to know about. Meanwhile, what’s left of the Human Resistance finds out the truth about Death Locket, and together, they start putting together a plan on how to assassinate a ruler who has started putting regular humans into relocation camps. Wanda has to take care of her rebellious kids as they’re being attacked by SHIELD agents, and Quicksilver and Namor are starting their attack on the castle…

This issue does not only bring back the mischievous and childish Quicksilver who isn’t afraid to betray his own father for his plans, but also the overprotective, fragile and reality-warping Wanda who considers her kids as most important. Though I would say that Wanda is definitely more many-sided than she was in the original event, since in this run, she is also portrayed as a strong, charismatic and powerful member of the King’s family and not only characterized through her emotional and mental fragility. The character portrayal in this issue is something I really enjoyed, and it definitely brings back the vibe of the story Bendis and Coipel told us 10 years ago. And I’m extremely into rebellious Speed and Wickan. For adolesscent readers, it’s easy to identify with them since they have a strong desire to change the world for the better and fight injustice. I just don’t really understand why a certain character, who was revealed to secretly live in Erik’s castle in this issue, has to be in this book… 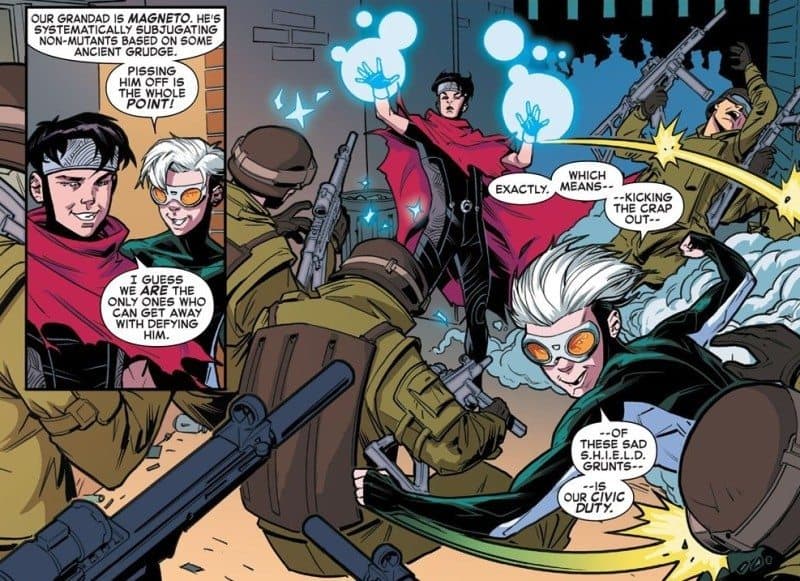 What’s really interesting about this comic, though, is that because it examines the world of HOUSE OF M from a totally different perspective by focusing especially on the domain’s politics, reading the book becomes fascinating in a totally new way. Reading about the intrigues inside the royal families, the different plans to overthrow the current regime and the conflicts between the characters or groups as characters, this really reminded me of watching a good episode of GAME OF THRONES. I catch myself speculating over the further developments in Magneto’s dynasty in the same way I speculate over who’s going to be in charge of Westeros. In hindsight, I can really understand why the creators chose to give Namor a larger role in this series.

So the plot is really thrilling. But, for a second issue of a 5-issue-run, this feels way too action-packed. This is a problem I’m having with many of the “Secret Wars” tie-ins: while the main series SECRET WARS struggles with too much setup, most of the books visiting single domains have too much action packed into the second issue already, meaning that that their characters are unable to catch a break and develop for the rest of the series because there are just more and more fights and plot twists. Hopefully, this is not going to be the case here. I would have wished more setup, though.

MY REVIEW OF E IS FOR EXTINCTION #2!

As for the art, I already mentioned in my review of #1 that I’m not the biggest fan of Marco Faillas work on this book. Again, facial expressions often seem extremely rushed or just straight up ugly. But I don’t want to be too harsh. All in all, the artist – but especially the colorist Matt Wilson – did a good job at dragging me into this world and carrying the plot, so there’s not that much to complain about. In the end, the art is also one of the reasons why I think this book definitely has the right vibe. 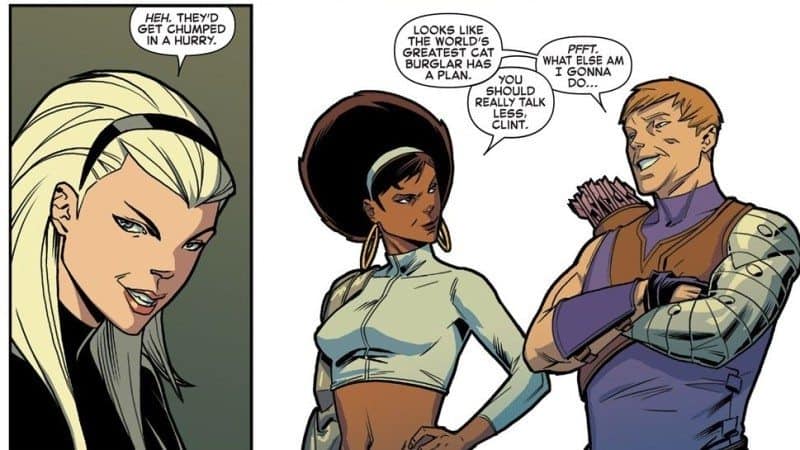 Ultimately, I enjoyed #2 of HOUSE OF M far more than the books’ first issue, because it does not only provide the HoM atmosphere I recall from the original book but also becomes fascinating in its very own way!

CHECK OUT OTHER ARTICLES ABOUT MAGNETO!