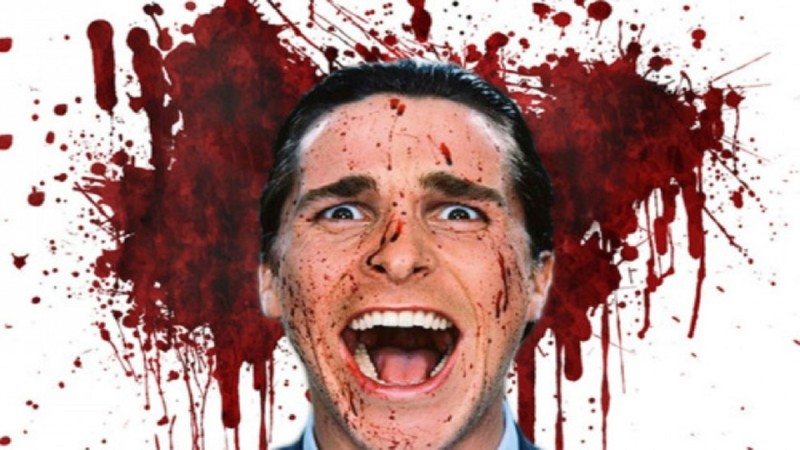 This article is part of ComicVerse’s October Holy Ghost-amole!! series! Check the rest of the articles out here!

Sometimes, there is nothing more frightening than the monsters that live among us. We equate these people as predators of various kinds: sexual predators, killers, that one next door neighbor who’s a little too cheerful. Often, the people that live in infamy are the repeat offenders—serial killers.

A serial killer is someone who kills multiple people with their own modus operandi and for their own twisted purposes. Some serial killers claim divine instruction or admit to taking a perverse pleasure in their acts. The psychology behind these predators is always a fascinating and warped path to try and follow.

Some of these serial killers are so notorious that they even influence the big screen, and we will be taking a look at one today—the very first of our guests, as it were.

What is the purpose of this study, you ask?

To remind readers that these people existed, and may still exist, and were real-life monsters—all in the spirit of the month of horror, of course. These are/were real serial killers that took their crimes to such an extreme that they still haunt history even to this day.

When we think of serial killers, some names pop into mind: the Zodiac Killer, Ted Bundy, etc., and while their crimes were undoubtedly gruesome and horrific, one figure emerged as one of the most disgusting and bizarre serial killers seen in the last century.

That man was named Ed Gein. 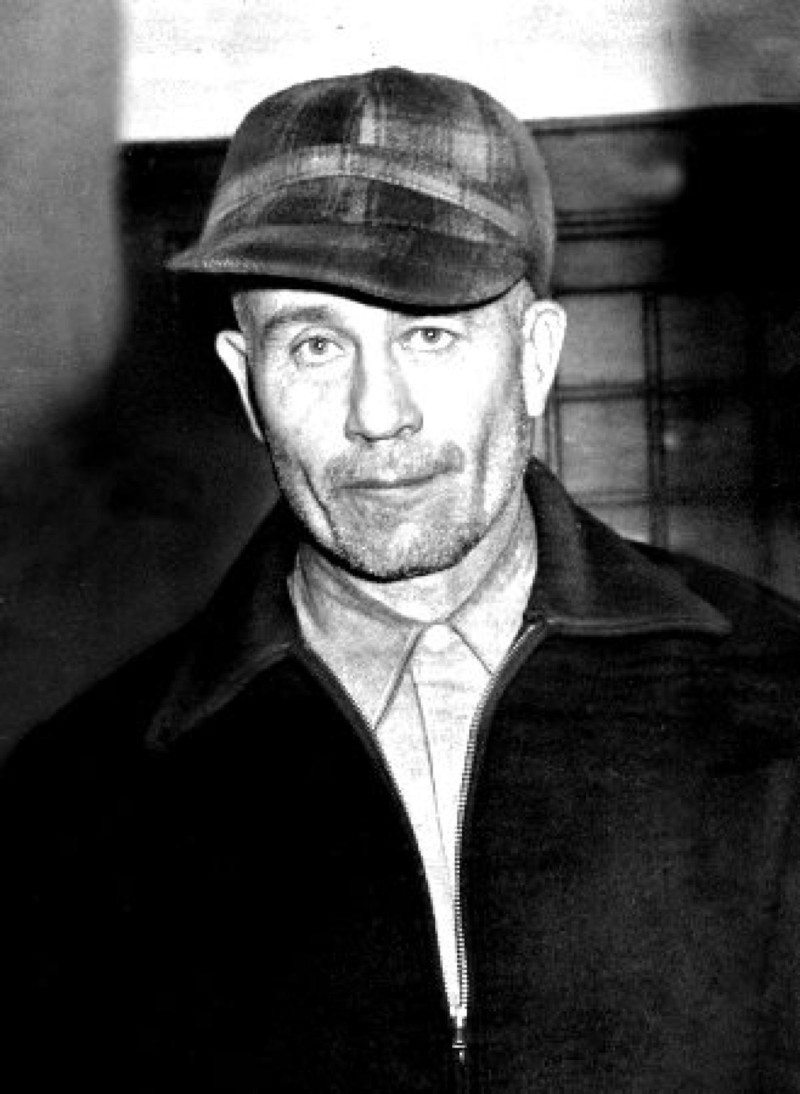 Born in 1906, Gein grew up around Plainsfield, Wisconsin, a town on the smaller side. While Gein only committed two actual murders in his life, his crimes gained widespread attention and even inspired the character Buffalo Bill in SILENCE OF THE LAMBS.

You see, Ed Gein grew up with an overbearing mother. A mother who died under mysterious circumstances, and who shamed him for being a boy growing up. Apparently, this troubled young Gein enough that he made a career out of snatching female bodies from the local graveyard, skinning them, and wearing their skin outside of his own.

He was not just a body snatcher and killer, either—Gein was a cannibal killer. When investigators finally broke into his home after the disappearances of Bernice Worden and Mary Hogan, they discovered a real nightmare.

Most of Gein’s furniture and decor was reportedly made of human skin turned into fine leather. His refrigerator held body parts neatly divided up for consumption.

READ: Need more cannibals in your life? Check out an interview with CANNIBAL writers Brian Buccellato and Jennifer Young and artist Matias Bergara.

Again, this man was the inspiration for Buffalo Bill aka, “It rubs the lotion on its skin or else it gets the hose again!” Gein was also the inspiration for Norman Bates in PSYCHO, Leatherface in TEXAS CHAINSAW MASSACRE, and the cannibal family in Rob Zombie’s HOUSE OF 1000 CORPSES and the sequel THE DEVIL’S REJECTS.

But he wasn’t the only one in the list of serial killers who was so bizarre and so outrageous, that people are still confused about him.

Most serial killers are noted psychopaths or sadists, i.e. people who get off on hurting others.

However, our next killer was not just another cannibal killer, but one of the most extreme masochists you will ever read about.

He was such a frightening thought to people that he was even nicknamed The Boogey Man. His real name, however, was simply Albert Fish. 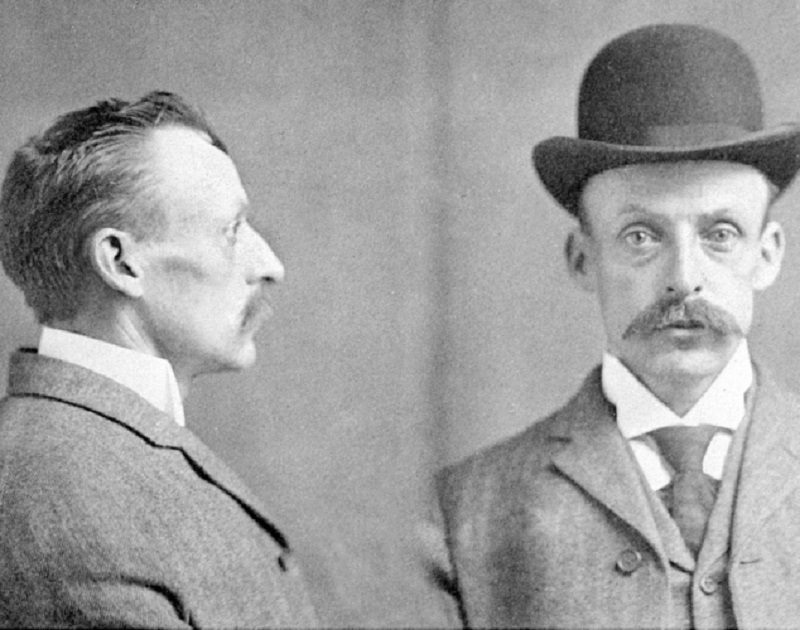 Hamilton Howard “Albert” Fish, born 1870, was also known as the Gray Man, the Werewolf of Wysteria, the Brooklyn Vampire, the Moon Maniac, and The Boogey Man. Among serial killers, he was absolutely one of the cruelest and most brutal.

Albert Fish was a child rapist, murderer, and cannibal. He once boasted that he “had children in every state,” though authorities are not sure if he meant rape or cannibalization. Fish was tied to at least three crimes, but bragged about many, many more.

Fish was known for his extreme masochism as well (be warned, this is gruesome). As a very religious bigamist, Fish held ceremonies under full moons with his extended family. He would invite his children’s playmates to flog his hindquarters and even went as far as to insert suture needles into his urethra.

READ: Are vigilantes killers? Decide for yourself with Vigilantism: Its Killer.

One of his most noted crimes is the kidnap, rape, and cannibalization of Grace Budd, which finally got him arrested. Fish boasted about his endless string of crimes of rape, forcefully castrating young boys before killing them, mutilation and cannibalization. He sent a taunting letter to the mother of Grace Budd, describing what he did to the child in graphic and horrific detail.

When they set him to the electric chair, the leftover needles in his pelvis reportedly short-circuited the machine. They had to try again before he finally fried—apparently taking immense pleasure out of the experience.

Now, as far as serial killers go, these numbers seem pretty low as far as a body count, right?

Well, our last guest is not only another prolific serial killer, not only one you probably never heard of, but confessed to killing over fifty women in Soviet Russia.

READ: What is life after death? Check out ROCHE LIMIT: MONADIC #1: Life After Death is a Murder Scene. 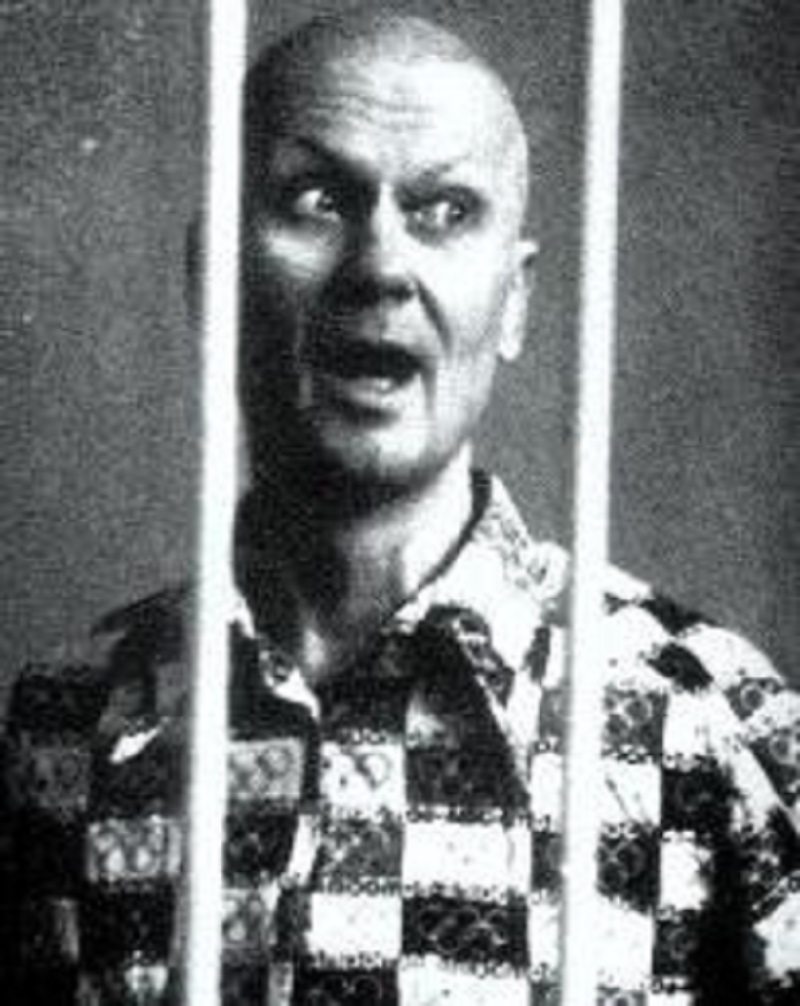 Andrei Chikatilo was described as a kind, approachable figure. Despite his horrific childhood that was wrought with abuse, frequent hunger, and witnessing the horrors of Nazi concentration camps and war, Chikatilo grew into a shy but kind young man who took work in the Rostov-Oblast area.

He was eventually married to a woman named Fedosia. Though the marriage was basically arranged and Chikatilo had a lot of trouble in the bedroom, he treated his wife like gold. Unfortunately, while he was out, he was doing more than being a normal working man.

As far as serial killers go, Chikatilo displayed the approachable cunning often associated with psychopaths or sociopaths. He was able to lure young girls into a small home he had purchased nearby, rape them (or attempt to), stab them repeatedly, and then dispose of their bodies in the nearby river. It has been reported that Chikatilo could only orgasm while committing these atrocities. Police also noted that the bodies had been mutilated, with pieces of breasts, thighs and other softer areas carved off, and the eyes gouged out, supposedly because of a rumor that the eyes keep an imprint of the last thing the victim saw before death.

READ: Who else is a psychopath? Check out Spongebob the Psychopath: A Murder of a Beloved Character.

When he was eventually found out, Chikatilo confessed to killing over fifty women throughout the years—raping, cannibalizing, mutilating, and brutally stabbing them to death for his own perverse satisfaction. He was tried and put to death for these crimes, and remains surprisingly unknown outside of Russia.

Dubbed the Rostov Ripper, among other names, Chikatilo was one of the most prolific serial killers that ever lived. And he lived right among the rest of us, just like these other killers.

Of course, these are not the only serial killers who leave behind a morbid intrigue and trail of blood, but are definitely some of the more unusual ones.

For more information about cannibal killers, in particular, I recommend checking out Moira Martingale’s CANNIBAL KILLERS. Much of the information for this article came from her well-researched and brutally descriptive work.