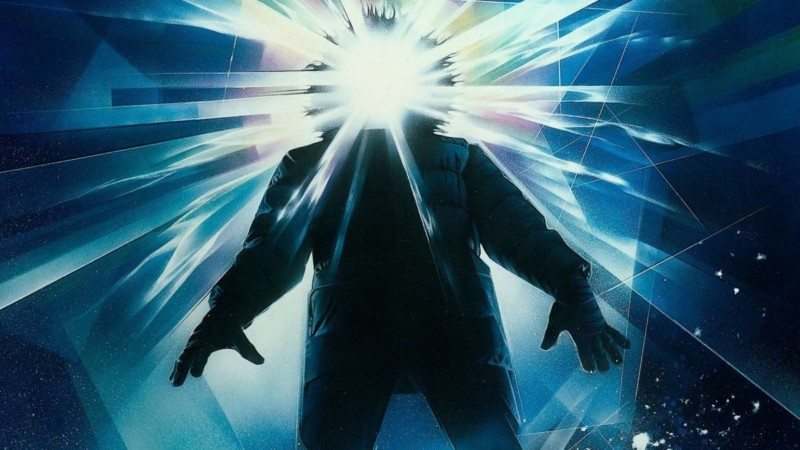 Film remakes have become a sensitive subject over the last decade, especially horror films. A large push from production company Platinum Dunes in the mid-2000’s saw the remake of some of the most celebrated horror films of all time. While some films proved to be successful recreations of their parent film (like 2004’s DAWN OF THE DEAD), many proved to be cheap cash grabs with very little merit in their creation. Horror fans the world over bemoaned this seemingly recent trend, calling for more creativity in Hollywood.

What needs to be understood, though, is that Hollywood has been remaking its films since the start of cinema, improving upon the stories as technology progressed. Remakes have always been part of the industry, and the remakes of the-mid-2000 were just part of the horror cycle of the time.

READ: Find out why horror movie characters are so stupid!

While many still hate the concept of remaking a “classic horror film,” sometimes a remake works, sometimes it doesn’t, and sometimes it surpasses the original film. In this article, we will be looking at each of the former, to see what works, and what doesn’t. This is obviously a subjective list, based off of my (the writer’s) biases, so feel free to agree, or disagree, with me in the comments below!

By 2009, the cycle of horror remakes was nearing its end, having started in 2003 with THE TEXAS CHAINSAW MASSACRE. But, one of the best remakes during this time was based on a lesser known horror property; MY BLOODY VALENTINE (1981), a small Canadian horror film. A clever who-donnit, the film saw moderate success stateside, but quickly fell into obscurity, being released in the “slasher saturation” of the early 1980’s. By 2009, only hardcore horror fans knew much about the film. 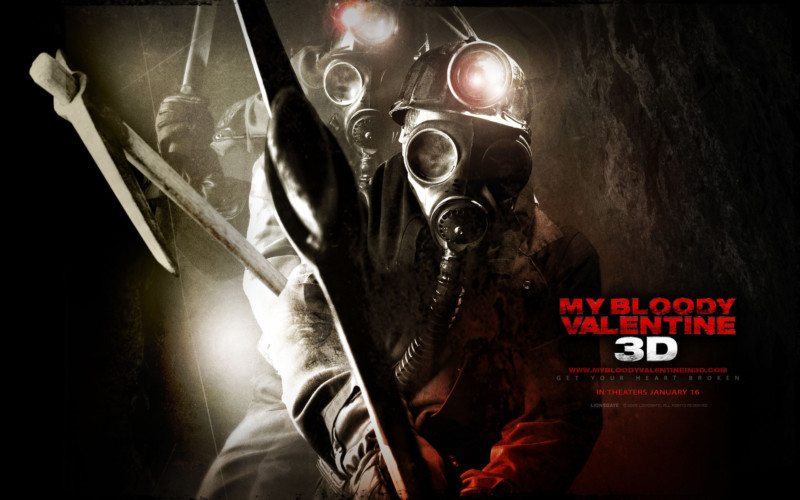 MY BLOODY VALENTINE 3D was a critical and financial success, grossing $53 million on a $15 million budget. While the film still followed the same basic storyline and formula of the original, it was still a fresh take on an old idea.

While the choices for a poorly made remake are numerous, I thought it was best to choose a film that burned me personally. In 2011, a remake/prequel of John Carpenter’s THE THING, itself a remake, was released in theaters. The original, John Carpenter’s THE THING, had gone from being a financial and critical failure when it was released to a cult classic, to being considered one of the greatest horror films ever made. When creating the remake, expectations were high.

THE THING (2011) follows a small team of Norwegian scientists located in Antartica as they come across an amazing, and alien, discovery. An American scientist (played by Mary Elizabeth Winstead) is brought in to help determine what they had found frozen deep in the Antarctic ice. What they weren’t expecting was that the creature, frozen in ice for over 10 thousand years, was both still alive and extremely dangerous.

2011’s THE THING became a lesson in the pitfalls of studio tampering. At first, it was filmed utilizing full animatronic and makeup special effects, just like the effects used in the 1982 original. After filming wrapped, it was decided by the studio that all the practical effects had to redone using CGI, in a short amount of time and with an even shorter amount of money. What appears on screen are cheap, fake looking effects, completely destroying the immersion of the film. 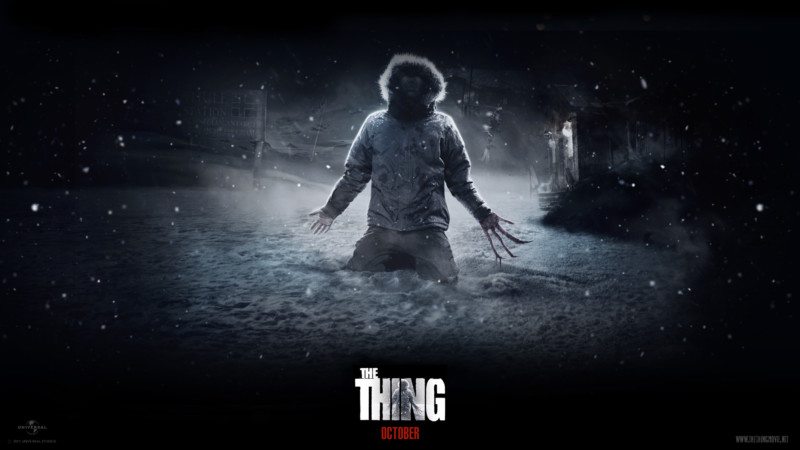 While the film was initially touted as a “prequel”, it’s slavish in its devotion to recreating the original film, to its detriment. Instead of the story developing naturally, it is clear the filmmakers were looking to hit specific beats of the original film, specifically the testing scene and the reveal of the survival of the MacReady stand-in Sam Carter (Joel Edgerton).

READ: Find out the terrifying roots of supernatural found footage!

THE THING (2011) was a box office flop, taking in $23 million on a $38 million budget. THE THING (2011) proved to be a cautionary tale to young filmmakers, about the near impossible expectations of remaking a classic film, as well as avoiding religiously following the plot of the original.

Few and far between, sometimes a film remake ends up becoming an exceptional film and is able to completely stand on its own, and in some cases is actually better than the film it is remaking. Such is the case of John Carpenter’s THE THING (1982).

The original film, THE THING FROM ANOTHER WORLD, was released to critical and financial success in 1951. Following a team of researchers in Antartica, the men find a frozen alien in the ice, and soon find it is malevolent and must team together to destroy it. While the original is a classic in its own right, Carpenter’s remake was able to craft something unique and terrifying. Carpenter’s film also follows a team of researchers in Antarctica, but that is where the two films similarities end.

While the 1951 film symbolism focused on the distrust in science that the country was going through after the use of the atomic bomb, Carpenter’s film symbolizes the paranoia Americans had towards each other, how a fear of communism was tearing the country apart. The films become exact opposites of each other; in the 1951 version, after the creature is discovered, the research team rallies together to fight it. In Carpenter’s remake, when the research team discovers the creature, it slowly starts to tear them apart, as their paranoia hits a fever pitch. 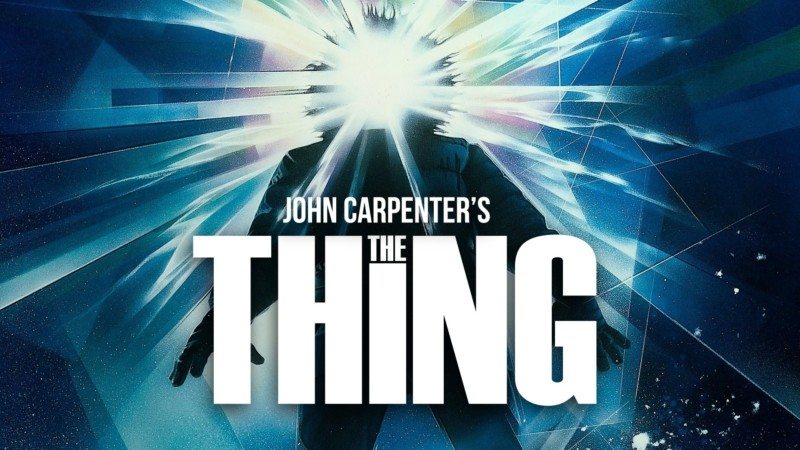 While the 1951 original focused on a specific “man in a suit” monster in its film, Carpenter was able to create a creature that was like nothing seen before, or since; a creature that could be anything, and when it had to transform, was more horrific than anything ever seen on film. While the effects of the original film appear hokey to today’s audience, the creature effects in the 1982 film still look, and feel, terrifying and repulsive, over 30 years later.

READ: Find out why we sympathize with some creatures of horror!

While THE THING was a box office failure during its release, it has gone on to be celebrated as one of the greatest horror films ever made.

Us horror fans have to go through a lot of, for lack of a better term, “crap” when it comes to finding a good film, and remakes are no different on that front. It takes a strong, talented team of filmmakers to make not only a faithful (to the spirit of the film) remake for the original fans, but also to make a good, scary movie. A foundation must be built on a strong story, with artists and creators who have a vision for where the story will start, travel to, and then end. When films are built from a place of nostalgia, with filmmakers who treat the originals as gospel, and producers who are more focused on the money a certain title will garner, the results have been less than spectacular, and in some cases, are absolutely abysmal. Just like an original property, if a remake is approached properly, it can become a classic in its own right.