Like something straight out of LORD OF THE RINGS, an army of victimized trolls from the caves of GamerGate has emerged to fight the oppressive hoard of Social Justice Warriors. What cataclysmic event caused this latest conflict to arise? Apparently, another woman has escaped from the kitchen and into the gaming spotlight. Joining the ranks of characters like Lara Croft and Samus Aran is Aloy from HORIZON: ZERO DAWN. 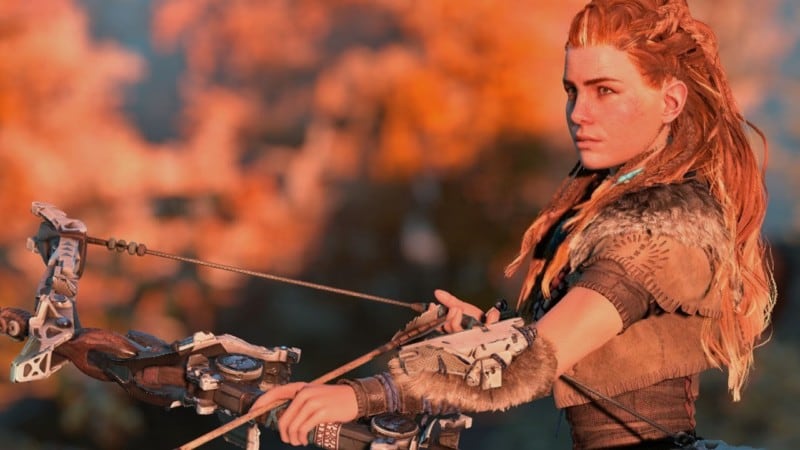 One glance at Aloy will show you that she is one of the few women in gaming that isn’t sexualized — a capital crime in the society of trolls. The next infraction is the premise of the game itself. Aloy has to learn the secrets of her family and uncover the cause of the apocalyptic event that sent humanity back to the Stone Age all while avoiding the robotic animals that rule the landscape. Aloy comes from a matriarchal society that places great emphasis on a matrilineal system when it comes to social status within their tribe. Their religion even revolves on the worship of motherhood, as their deity is called the All-Mother. To reasonable gamers across the board, the lead character and setting sound like something worth delving into and seeing where the narrative takes them since it provides a new hero that they can identify with. But for the rest of the gaming community, it is feminist propaganda that caused them to cancel their pre-orders.

READ: Are you playing Telltale’s THE WALKING DEAD Season 3 and feel like your choices don’t matter? Hopefully, this article will alleviate your woes

Why We Don’t Deserve This Game

Gaming has come a long way from its early days, but while the developers and their stories have advanced, some of the audience hasn’t. Gone are the days where video games are placed in the boy’s section of toy stores and feature ads that market games as a male activity.

This marketing ploy led to a sense of entitlement present in a lot of gamers, which causes negative reactions when anything deviates from the repetitive straight, white male narrative. They even go so far to say that being diverse would somehow “replace authentic and engaging stories.” One has to wonder how creative someone is if their whole narrative falls apart just because a character is dark-skinned or female. This is currently happening with MASS EFFECT: ANDROMEDA where the game’s flaws are blamed on the development team’s supposed focus on diversity, even though MASS EFFECT has always been an inclusive series.

We don’t deserve games like HORIZON since every time developers go out of their way to be more inclusive and try something new, the same people always swarm in to disparage it. The irony is not lost on the rest of the gaming community when they see people complaining about a female lead and calling everyone who disagrees with their narrow view “snowflakes.”

READ: If you’re fresh off the nostalgia train of the POWER RANGERS movie and thirsty for more, here’s a healthy serving of POWER RANGERS comics and why you should read them

A criticism of HORIZON: ZERO DAWN that almost has a shred of merit is that men are represented in a negative light since the villains are mostly men. As Aloy uncovers more secrets about the machines, we get glimpses of the “Metal World,” which would be Earth in the not too distant future (30 years from now). We find out corporate oversight and greed was the primary catalyst for the inevitable failure of artificial intelligence. These corporations just so happened to be run by men, but one look at American politics today would show that this is a highly accurate representation of future Earth’s geopolitical climate. We would be lucky even to be advanced enough to make any robots in the future at the rate we’re going.

If the game were trying to push a battle of the sexes, then the critics might have had a valid point about negative male representation. Sadly, their selective narratives omit the men that Aloy befriends throughout her journey with compelling quests associated with each of them. One of these characters, Erend, starts off as a show-off soldier who tries to flirt with Aloy when he first meets her. After Aloy’s reputation as a hero begins to grow, he comes to acknowledge her strength and considers himself lucky to know her after she helps him in his quest.

One of the other prominent male characters assists you in a weirdly comedic side-quest chain involving killing bandits. The ally in question, Nil, has a strange fetish/obsession with killing bandits. He uses a lot of sexual innuendoes when describing to Aloy how much he enjoys killing and considers hunting bandits with Aloy to be a romantic date, a notion Aloy rejects at every turn. Considering he’s a pretty attractive set of pixels, we can overlook the psychotic tendencies as long as the number of bandits never runs out.

Does HORIZON: ZERO DAWN have feminist themes? It certainly does, and the game is better for it. There is an abundance of women in power who take the roles of tribal leaders, healers, huntresses, and war chiefs. Hunting and gathering are also not locked into gender roles, and the game features a mixture of people performing diverse roles. Funny enough, the game takes place in a post-racial world since there’s a heavily diversified cast of characters. (It seems that the secret to ending racism is a cataclysmic event involving killer robots.) There’s also an abundance of queer characters either in side-quests featuring same-sex couples or finding data logs with love letters sent by the people of the pre-apocalypse world. In essence, HORIZON: ZERO DAWN features stories from all walks of life.

READ: Fighting robot dinosaurs by day, planting crops by night. A look at the addicting and fun nature of life simulation games

Aloy’s character development is feminist in itself since she is an empowered, intelligent woman. There was a moment with huge implications when one of Aloy’s allies, Sylens, assumed she believed Earth was flat, to which Aloy replies, “Why would I think that? During eclipses, the shadow cast on the moon is curved.” This small piece of dialogue shows that not only did Aloy solve a puzzle that was one of the most groundbreaking discoveries in early human history, she also single-handedly thwarted modern day flat Earth believers in a matter of seconds. 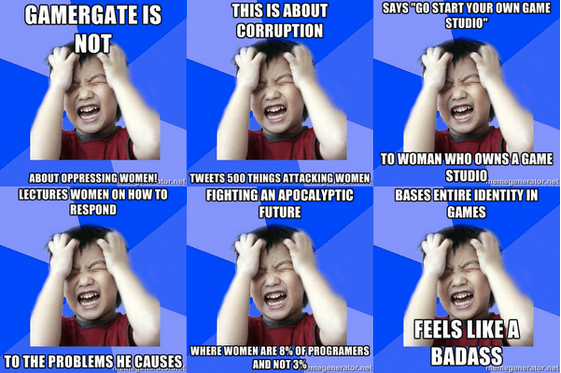 While the trolls will never actually be expunged from the gaming community, hopefully, game developers won’t be discouraged from broadening their horizons and will keep expanding the demographic of gamers. In the meantime, HORIZON: ZERO DAWN will go down as a bestseller for 2017 and cement Aloy as an iconic Sony hero for years to come.