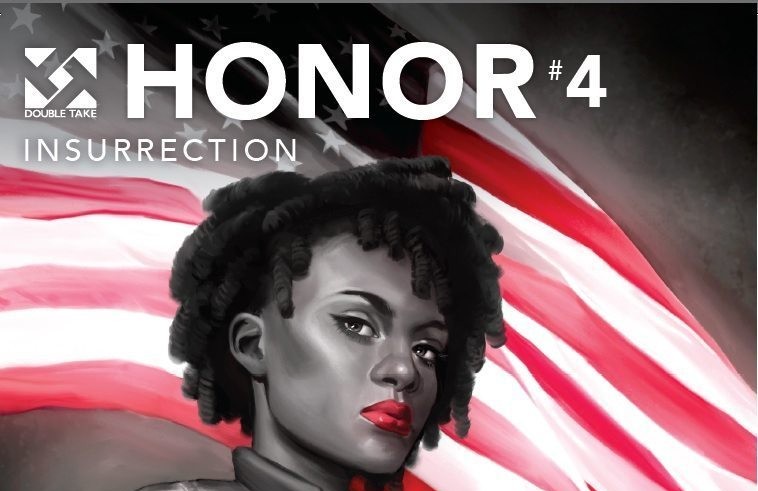 Anarchy has come to the Double Take Universe. In the HONOR series, what started off as simply two police officers issuing a speeding ticket, has escalated into what looks like an undead invasion. The dead have come back to life and the Evans County P.D. have a zombie epidemic on their hands. This discovery has led to the use of deadly force to deal with this scourge.

READ: Catch up on the HONOR series with our review of issue 3! 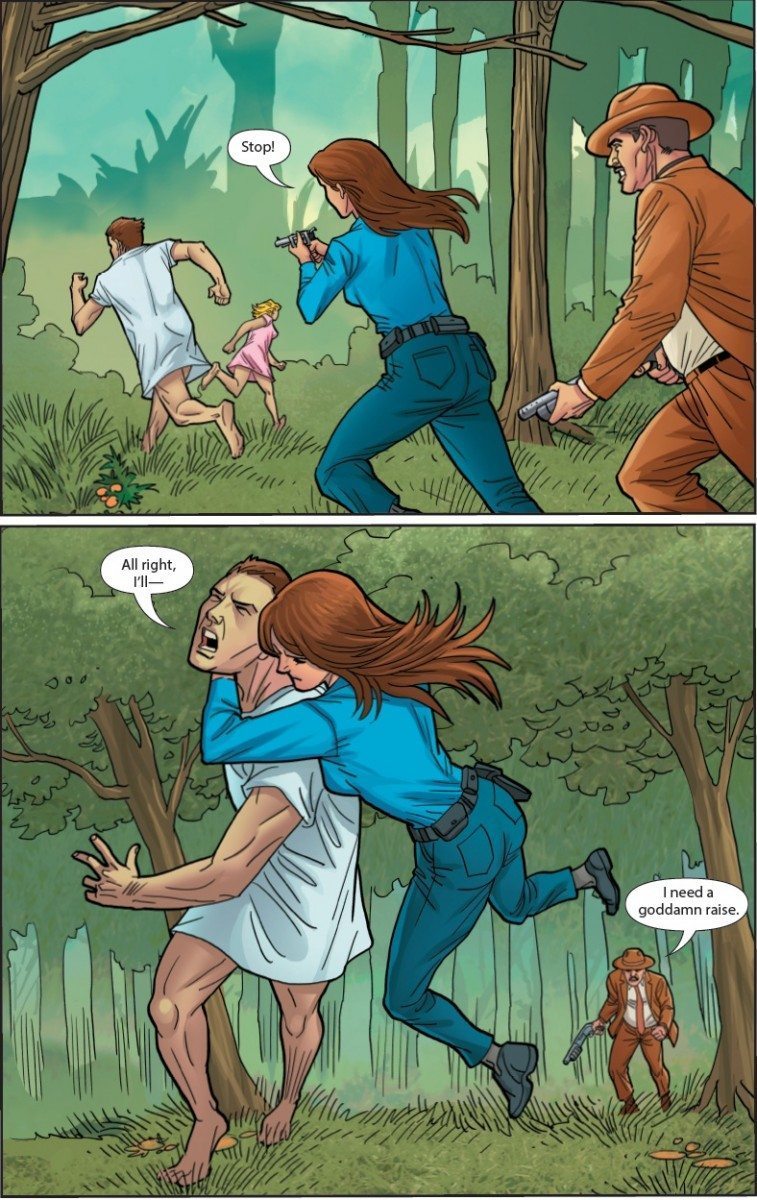 While HONOR so far has been an engaging series in its simplicity (detectives discovering the dead are rising), this latest issue feels unwieldy, making big leaps in storytelling without explaining them. In this day and age we all know how to kill zombies (due to this particular genre being extremely popular throughout the world) but how, in the mid 60’s, do these detectives and police department come to that conclusion so quickly and decisively? It seems to have moved from problem to solution without any middle ground. It would have been nice for there to be more trial and error in tackling the zombie problem since the solution seems to arrive too quickly.

But that is leaping way ahead in the issue. There are other situations the police need to tackle first, with missing bodies and awol hospital patients piling up. It’s not just the dead that are acting up; it’s the living too. While corpses are learning to walk again, alive victims are getting turned into mindless slaves. It seems that whatever infection is spreading can be passed through various forms, including kissing, but are these people truly zombies? As all of the Double Takes series progress, they seem to move further and further away from the typical zombie apocalypse premise and into something that feels a bit more… alien. There is clearly something else at play here, something far more sinister in the works.

And while there are clues in each title that hint at something more, it means very little for someone who may be reading just the one or two titles. It’s a perplexing situation. I also read DEDICATION and SOUL, and they have similar problems. There doesn’t seem to be any ground rules that a reader can follow. In HONOR #4, they do try to explain the types of zombie there are (the other titles don’t), but beyond naming them, I still don’t know how the zombie hierarchy works. We have Gamma Class and Delta Class zombies, but apart from the differences in how they became zombies, there is no real distinction in these classes. While the writing does try and build to something (zombies flying airplanes), there is no sense of real danger. The build up doesn’t pay off because it’s too casual and muddled. We get a chase on foot, some zombies overturning a car, the police righting the car, but no sense of purpose.

Meanwhile, the art team strives to make a coherent visual experience. The inking on this is the cleanest I’ve seen and has improved since issue 1. The coloring is fine but feels too bright. It doesn’t lend itself to the drama on display, and many of the action scenes feel a bit too bland. The lettering also looks like it was just added on with no real pacing to it. Word balloons and tails seem done at the last minute with no real thought put into them. At times, they are difficult to follow. Which is a pity as the last two pages of the issue (which shows a visual breakdown of how to dispatch a zombie) are well executed. The layout is simple but strong, the kills visceral and bloody (one zombie kill strangely reminding me of Jamie McKelvies art from THE WICKED AND THE DIVINE). The lettering here, captions that just looked typed onto the page, unfortunately, detracted from a good ending.

READ: Find out how you can get more Double Take titles here!

Overall, HONOR #4 has been the weakest of the series. Maybe it’s trying to introduce too much too quickly, but I would say take your time Double Take, I want to see where this goes. I trust they will correct course and make future issues more accessible for readers who only read the one (or two) titles.