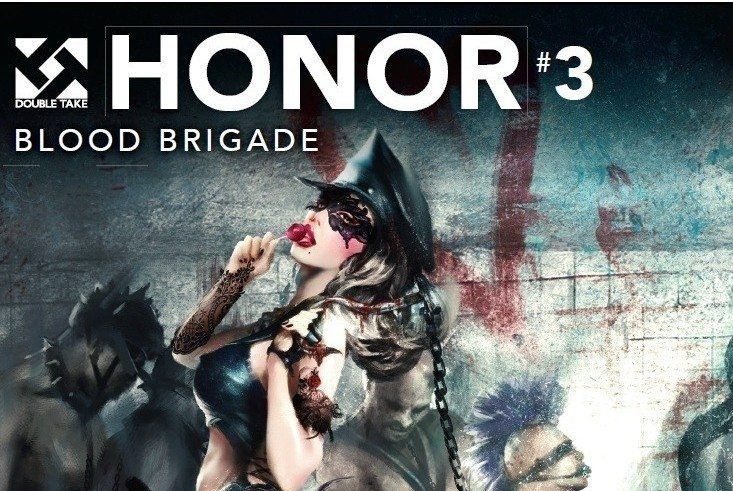 While Double Take’s entire comics line is based and set around the film NIGHT OF THE LIVING DEAD, it’s not afraid to take liberties with the source material and go off in its own direction. While the zombies in George A. Romero’s classic are mindless flesh-eating zombies, the undead in HONOR are very different and in a lot of ways more terrifying. They are able to think, have hidden objectives and are quite capable of premeditated murder.

READ: Missed out on HONOR #2? Check out our review here!

And that’s how Issue 3 opens. Fred Sproles, last seen dead in Issue 1, sits up in his own body bag on the side of a deserted road. He hails a car and an unnamed female helps him murder a local couple in their own home. There, Fred shaves: his white curly beard and hair gone, done to change his appearance. He then changes into new clothes, and leaves the house with the unnamed female. These are not your typical zombies. They also seem to have a much larger agenda than brain eating in mind. What that is remains to be seen. 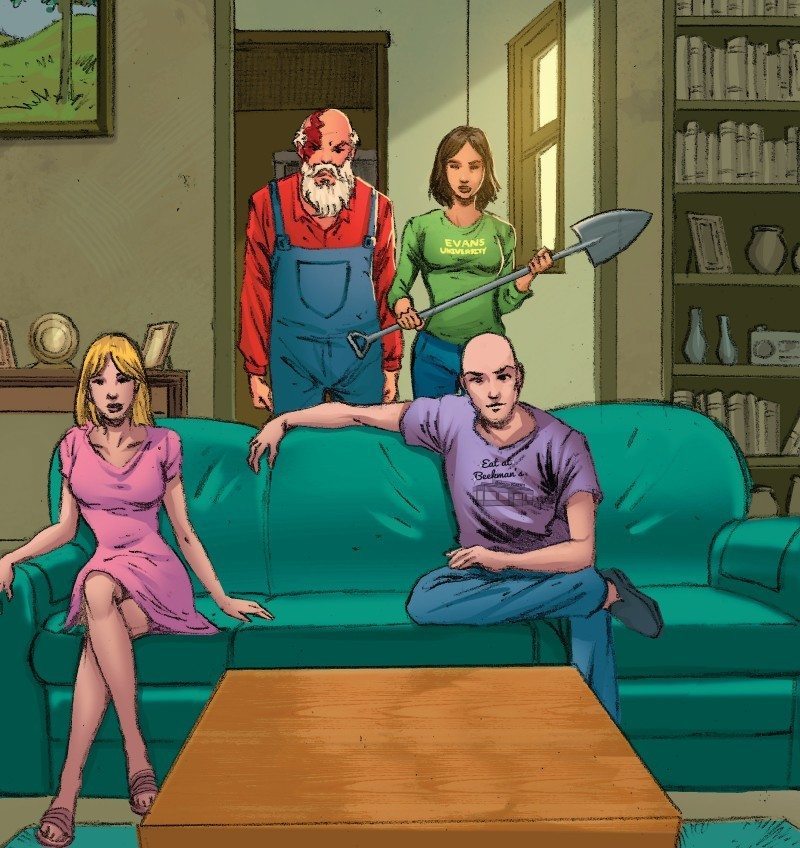 It’s a brilliantly executed way to open the book and plays out largely in silence, except for audio clips from the radio and TV. The creative team has created a superb sequence of silence, full of strong pencils and inks, solid character action, punctuated by blood. The layouts by Julian Rowe and Stan Chou here and throughout the book have been well thought out and are very effective, especially when reading digitally.

READ: Find out all you need to know about Double Take’s latest issues!

Fortunately enough, the action doesn’t stop there as we revisit Officer Penny Long and Chief Conor McClelland as they come face to face with the undead in the local mortuary. The shootout is bloody and gruesome; the art done in the style of a first person shoot ’em up. There are some nice touches in the zombies’ reactions. One zombie looks scared as the barrel of shot-gun is aimed squarely at him. These things remind us that these are not your typical monsters and each reanimated corpse seems to be reacting to its predicament differently. 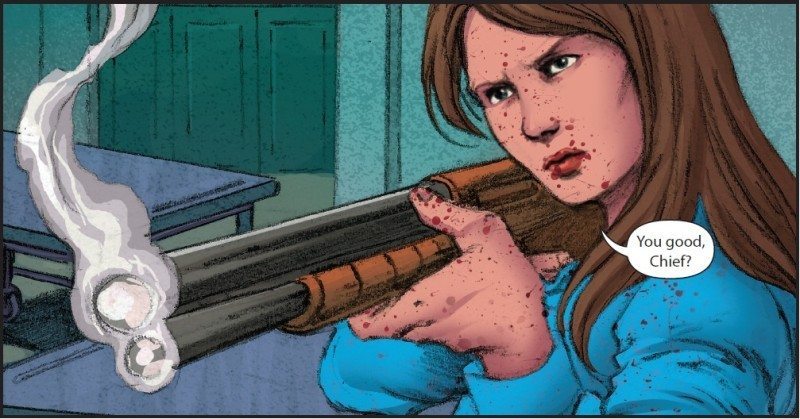 Once the battle is over, Long and McClelland discover that there might be an epidemic on their hands. These scenes are handled well and the dialogue clips along at a nice place. However, the explanations about the contamination from the undead seem matter of fact and could easily be forgotten quite quickly. Meanwhile, the officers’ reactions to this news seem a bit too calm and composed. The writing seems top notch when the action holds sway but characterization feels uneven in the quieter moments. The issue’s conclusion was also bit jarring since it ends mid scene. Whether that was an editorial decision or the writers I couldn’t tell, but for a brief moment I thought I was missing some pages.

ENGAGE: Stop by the ComicsVerse forums to share your thoughts on Double Take and comics!

However, despite these little bones of contention with this issue, the HONOR series is heating up nicely, and the build up to a zombie outbreak is being handled well.